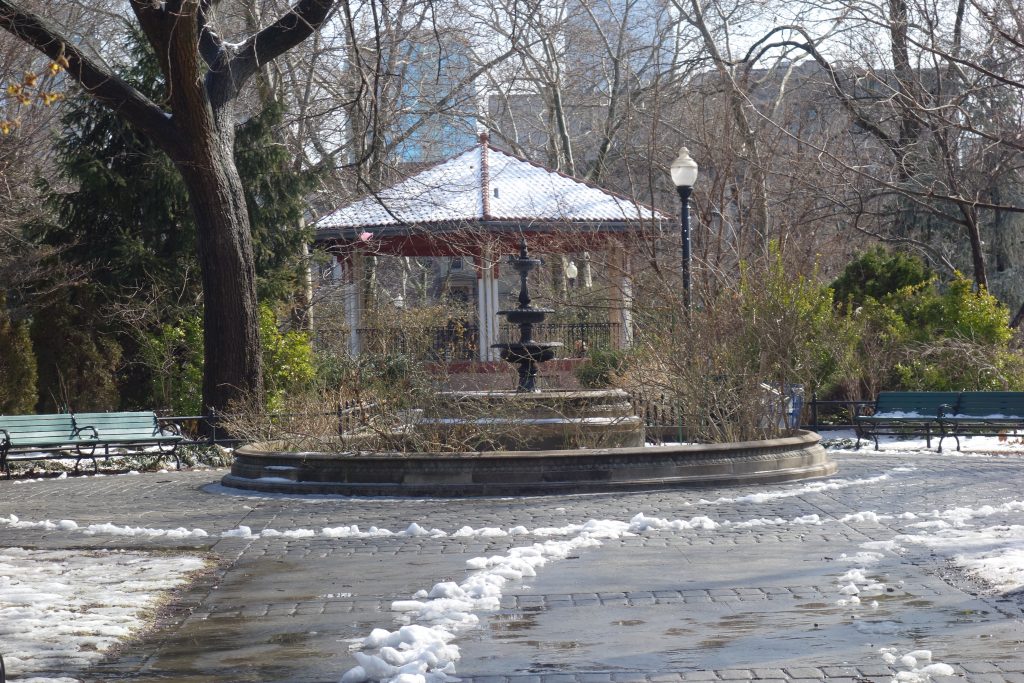 Snow in Van Vorst Park is a reminder that winter is not over yet.
× 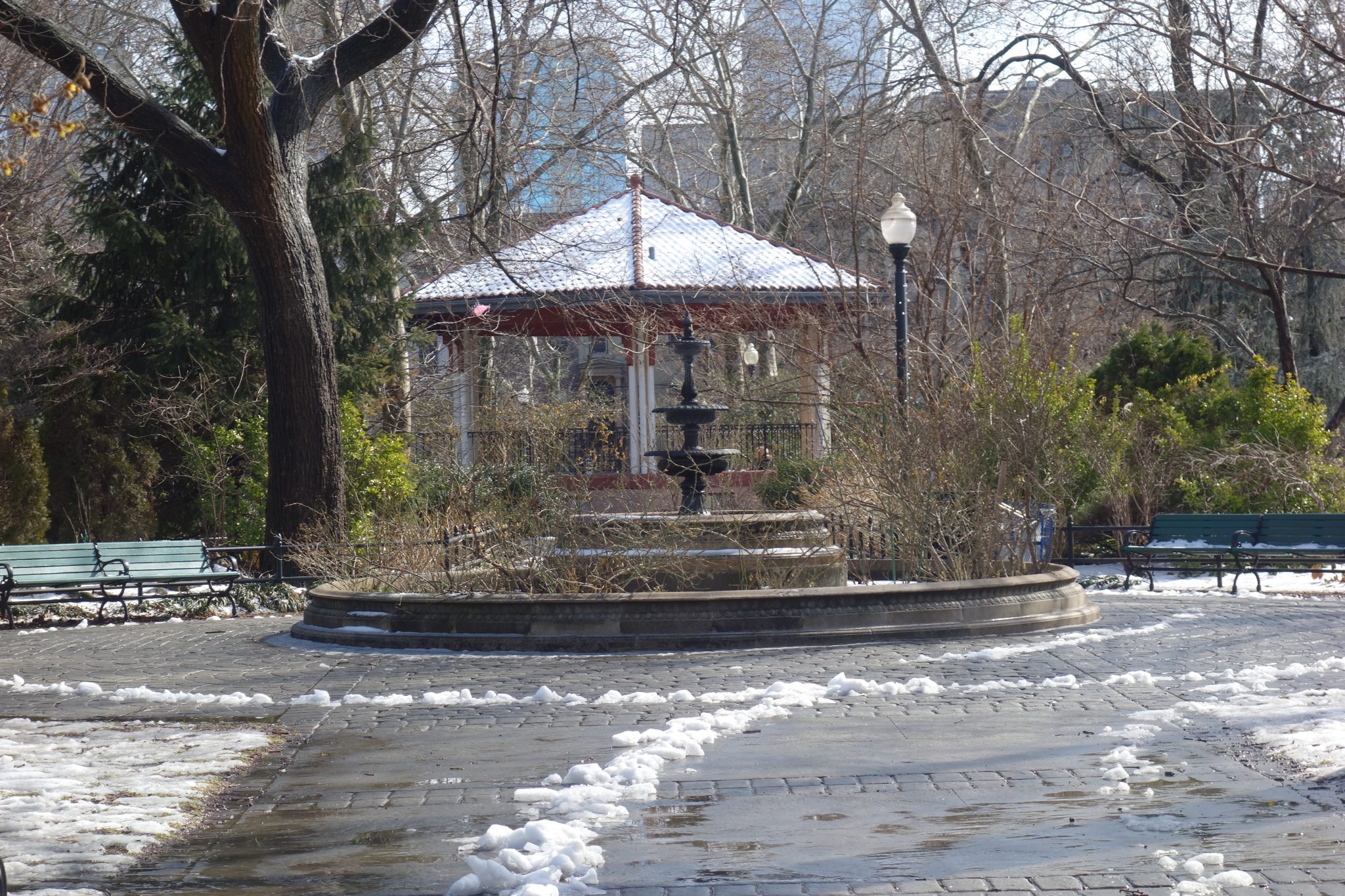 Snow in Van Vorst Park is a reminder that winter is not over yet.

Rayfael Roman, 34, of Jersey City has been sentenced by United States Attorney District of New Jersey Craig Carpenito to 10 years in prison for distributing cocaine, according to a release from the U.S. attorney’s office.

Roman pleaded guilty last August to conspiracy to distribute more than 500 grams of cocaine from Sept. 2017 through Feb. 7, 2018.

In Feb. 2018, law enforcement officials intercepted phone calls in which Roman spoke with a conspirator and agreed to sell that person one kilogram of cocaine for $29,500.

Before Roman and the conspirator could complete the cocaine sale, law enforcement officers obtained and executed a search warrant for Roman’s apartment in Jersey City. They found approximately 2.5 kilograms of cocaine, approximately $30,000 in cash, and various other materials commonly associated with drug distribution, such as an electronic money-counting machine, a digital scale, and drug-packaging materials.

The Jersey City Council on Feb. 13 approved a new contract for 700 police officers by an 8 to 1 vote. Councilman James Solomon voted against the contract because he said he wasn’t confident about the potential impact on taxpayers.

The contract will increase the annual payout from about $62 million currently to an estimated $84 million in 2024.

The new contract extends the police contract to 2024 and includes pay raises based on length of service and lowers the cost of healthcare.

The contract, however, does not apply to superior officers.

The gas main replacement portion of the work is expected to take place through 2020 in various locations across Jersey City. These upgrades are part of PSE&G’s five-year program to replace 875 miles of pipes and make other gas infrastructure improvements throughout New Jersey through 2023.

“Like aging roads and bridges, all infrastructures need to be maintained — and eventually replaced — to preserve its integrity. Gas infrastructure is no different,” said Michael Gaffney, senior director of PSE&G’s Gas System Modernization Program.

Residents will be notified when work begins in their area by mail, door hangers and social media. Before construction can start, the utility tests soil and digs test holes to verify the location of existing gas pipes. When this preliminary work is complete, PSE&G will begin installing the new gas lines.

To upgrade the gas lines, PSE&G digs trenches, primarily in road surfaces, and lays new pipes block by block to minimize disruptions. At the end of each workday, the trenches are filled in and protective plates secured. Residents will always have access to their driveways.

After new gas lines are installed, PSE&G technicians will need access to homes to replace the service line and gas meter and connect them to the new gas main. If your meter is located inside it will be moved to the outside of the home. Homeowners are contacted to arrange a date and time to do the work. During this re-connection, you can expect to be without gas service for about four hours. If you are not able to legally provide access to the property in question (i.e. the property owner) and require landlord approval, let PSE&G know before scheduling an appointment.

Once your gas meter is moved outside and/or your service is connected to the new main a technician relights all appliances and makes sure they are working safely before leaving a home.

Customers can find more information, including a list of streets and video of how the work is performed at pseg.com/gaswork or email gasworks@pseg.com.

Fundraiser will help make Bergen Arches into a park

The Journal Square Community Association will host a fundraiser at the Landmark Loew’s Jersey Theater on Thursday, May 9, from 5 to 10 p.m.

The event will feature an Afro-Cuban jazz performance by Eldad Tarmu, appearances by prominent public figures, spoken word performances by Ben “Broken English” Figueroa, a silent art auction, and a catered pre-show happy hour – all with the goal of raising money to help convert the mile-long stretch of unused railway, known as the Bergen Arches/Erie Cut, into a park rivaling New York’s Highline.

Bill Armbruster, president of the Journal Square Community Association, said Journal Square is one of the fastest-growing neighborhoods in Jersey City but suffers from a severe shortage of park space. With the abundance of new development and the prospect of thousands of new residents, the lack of recreational space and greenery is quickly coming to the forefront as a major concern.

“The Bergen Arches sit on the edge of Journal Square, and transforming the space into a Highline-style park would be a unique and significant advancement for the community,” said Jersey City Mayor Steven M. Fulop. “This would provide much needed space for our community to get around in a safe, comfortable and active way, all while preserving a historic asset and advancing our efforts toward Vision Zero.”

Event organizers hope that beyond raising the necessary capital to successfully lobby for the former railway’s conversion into publicly accessible green space, that they will also raise awareness about the natural asset running right through the heart of the community.

Two ticket options are available for the event: General Admission tickets for the performances are $25 with doors to open at 7 p.m. and Early Admission tickets priced at $35, which include a pre-show hors d’oeuvre happy hour from 5:30 to 6:30 p.m. where attendees can sample a diverse selection of culinary offerings from a variety of Journal Square-based restaurants. Discounted tickets will be available until March 31. Corporate and individual sponsorship packages are also available.

The Kennedy Dancers Inc. will host its 3rd Annual International Folkloric Concert titled “Dances from the Diaspora” at 6:30 p.m. on April 4 at the Brennan Courthouse, at 583 Newark Ave.

“Dances From The Diaspora” is an evening of international folk dance from migrant peoples, and will include introductions and a brief history by renowned anthropologist, folklorist, and professor of NJCU, Dr. William Westerman, who will give contextual backgrounds to these diverse and rich cultures, their traditions, and means of furthering these through dance.

Tickets are general admission $15; the show is suitable for all ages. Ticket purchase includes attendance at the performance as well as access to the reception following the performance, which includes light refreshments.

Tickets can be purchased online at https://squareup.com/store/the-kennedy-dancers/item/dances-from-the-diaspora.