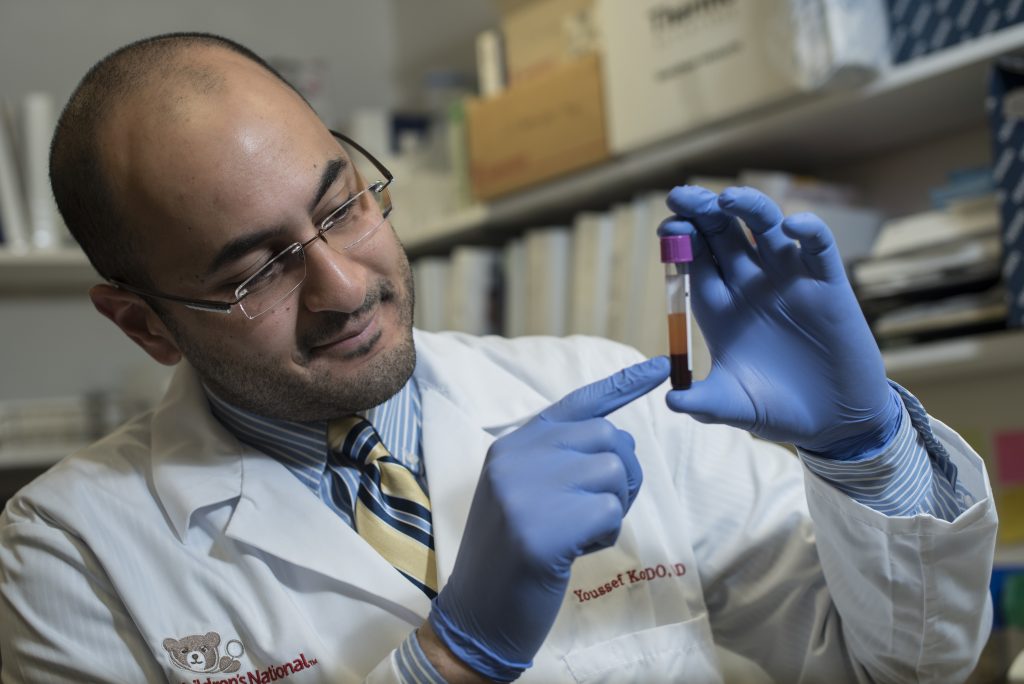 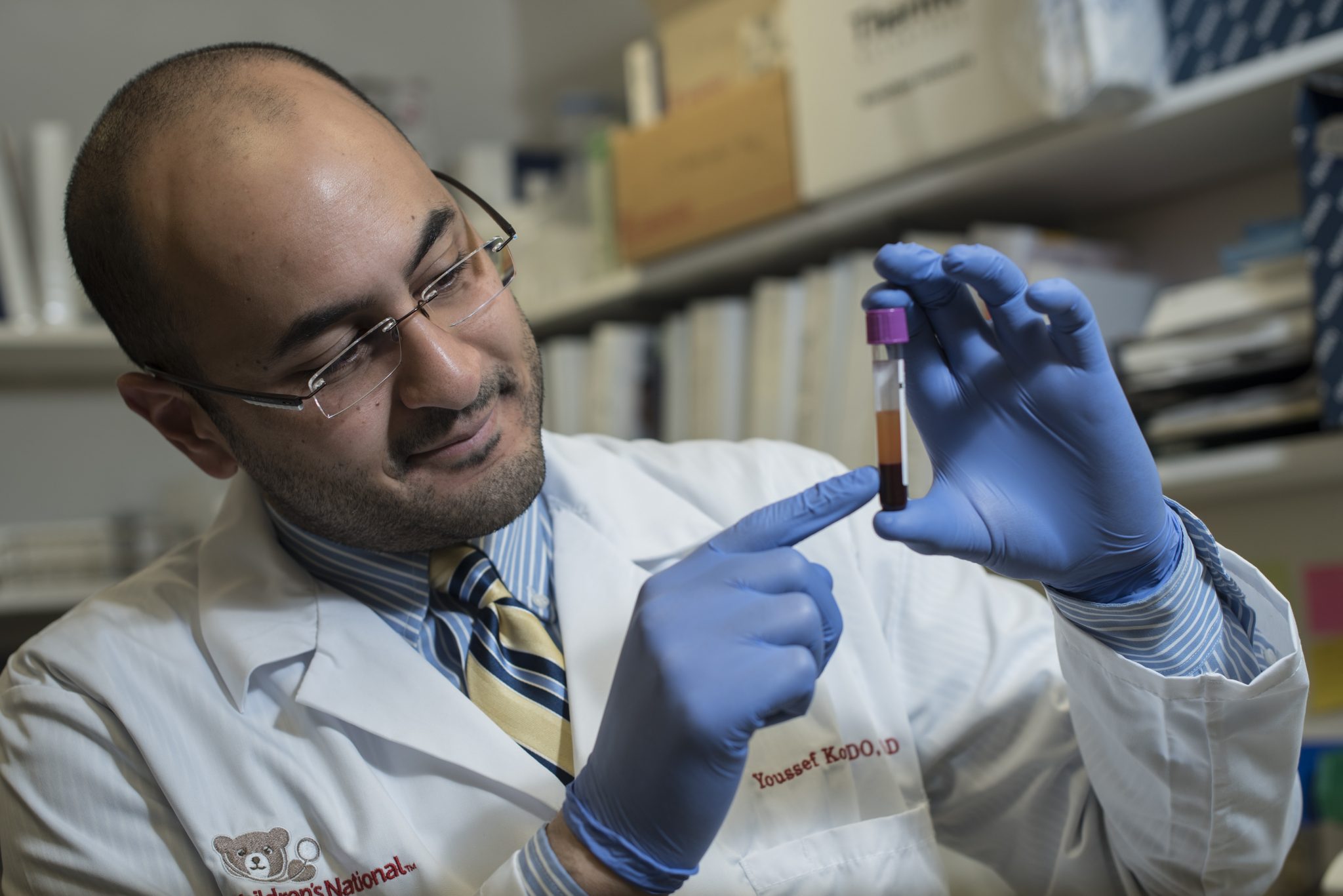 Ridged metal sliced through Youssef Kousa’s thigh as he hopped a fence chasing a soccer ball in Egypt where he grew up in the late 1980s.

Medical schools and doctors were hard to come by in Egypt at the time, so neighborhood pharmacists took on that role.

“When I went to see the pharmacist, I remember how upset he was that my leg was in such bad shape, that I didn’t see him sooner,” Kousa recalled. “He basically saved that leg.”

Kousa’s family later found a home in the Egyptian Coptic community in Bayonne in the 1990s. A Bayonne High School class of 2001 graduate, Kousa is now a Child Neurology Fellow at Children’s National Health System in Washington, D.C.

He still remembers the experience in Egypt that led him to medical research and pediatrics.

“To me, there’s nothing as good as helping a child,” Kousa said. “When you help a child, you help them for their whole life. It’s a really wonderful and gratifying thing I get to do every day.”

Kousa wasn’t always on track for a pediatric residency. He entered fifth grade at Midtown Community School the first year it opened but was dogged by bullies and poor grades.

“I was suspended probably like seven times in the seventh grade. I wasn’t a model student. I got into fights,” said Kousa, who lived across the street from the school on 23rd Street. “I was always taught that for better or worse, if somebody picks on you, you defend yourself. So when people picked on me, I fought them.”

Bayonne was less diverse in the mid-1990s. Kousa’s family was among the earlier Coptic Egyptian diaspora to land in Bayonne.

“I might have been one of two Egyptian families compared to all the families there now,” said Kousa. “I kind of felt alone and isolated.”

Soon enough, the Egyptian community set down roots. Delis selling familiar Egyptian foods started opening, and Kousa started seeing his cousins around the neighborhood. “It definitely started to feel like a home to us,” he said.

The Kousa family is now one of the largest Egyptian families in Bayonne.

Kousa’s academic performance picked up in high school in time to attend Kean University, where he studied biology as an undergraduate, and biotechnology and genetic engineering as a graduate student.

He later entered a Ph.D. program at Michigan State University, where his research identified three genes possibly responsible for two previously unrelated types of congenital disorders: cleft lip and palate, and neural tube defects like spina bifida. It was a sort of “aha” moment for Kousa.

“If we know that one gene can cause defects, then we can identify other genes that can contribute to other diseases, and we might not have to look at every single gene a human might have,” Kousa said. “We might only have to look at five genes instead of thousands. If you know what genes cause what disease, you can tell somebody about their disease in a way that can help prevent getting the disease to begin with.”

The idea applies to women who have genetic mutations that increase the likelihood of breast cancer and undergo mastectomies to prevent cancer from developing.

As a child neurology fellow, Kousa continues to work with a genetic consortium across the U.S. and South America to help identify genes that are contributing to other types of congenital malformations, with an emphasis on the brain.

Motivated by the rewards of research, Kousa plans to continue his work in Washington, D.C. while visiting family in Bayonne every few weeks.

“Research is essentially a way to answer all those curiosities that come up and focus in a way that helps people,” Kousa said. “If you can be very serious about something and work hard to find an answer to something you’re curious about, and in the end, you come to an answer that’s not only satisfying to you because it satiated your curiosity, but also revealed something about humanity, then what’s not to love about research.”