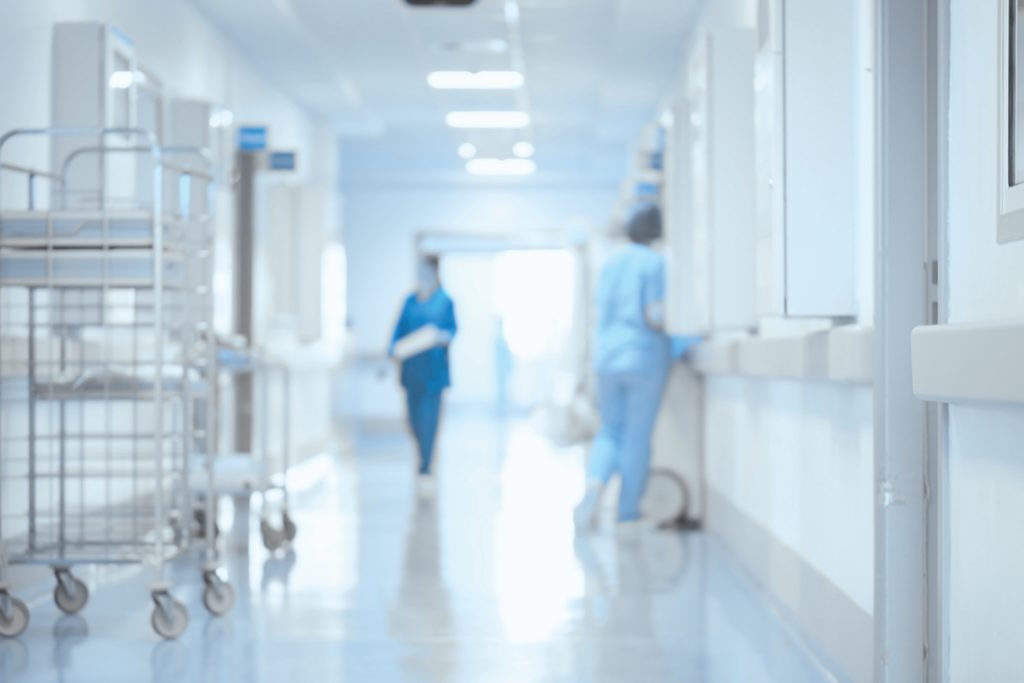 The Department of Health needs to better oversee for-profit hospitals, according to a State Commission on Investigations report.
× 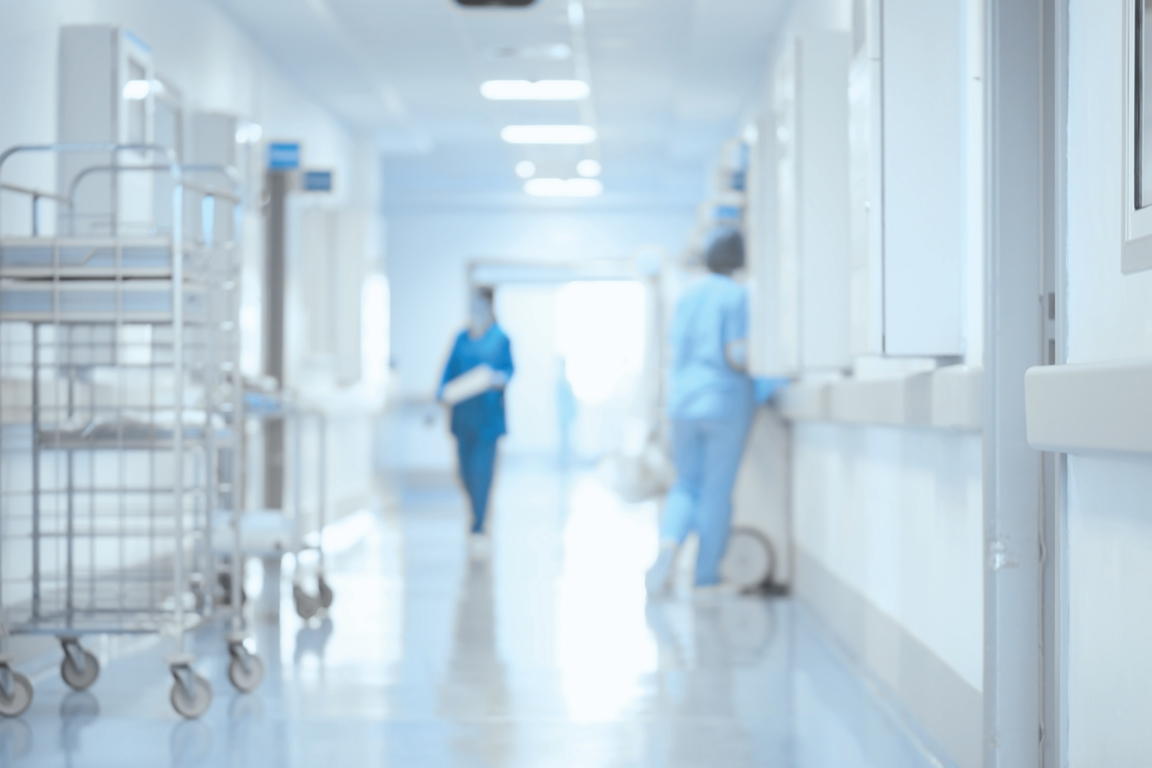 The Department of Health needs to better oversee for-profit hospitals, according to a State Commission on Investigations report.

The state Department of Health (DOH) is ill-equipped to keep track of complex corporate transactions conducted by for-profit hospitals, according to a report issued by the State Commission of Investigation (SCI) on March 19.

As an example, the report cited $157 million in payouts to three of the principal owners of CarePoint Health, which operates three hospitals in Hudson County: Bayonne Medical Center, Christ Hospital, and Hoboken University Medical Center.

The report found that CarePoint used a number of “management companies” to conduct the transactions: IJKG, Sequoia Healthcare Management, and a third company the report doesn’t name.

The companies reportedly made payments to three of the hospital corporation’s principal owners, Vivek Garipalli, James Lawler, and Jeffrey Mandler, from 2013 through 2016.

“These related-party management entities have no employees and only limited operating expenses which, in combination with other information, raises questions about the nature of their operations,” the report said.

The SCI report did not accuse the CarePoint owners of criminal activity. Instead, it highlighted the lack of DOH oversight over such transactions. The report said the DOH, which in the past has largely monitored not-for-profit hospitals, appears to be unprepared to deal with the complex inner workings typical of for-profit hospitals.

In 2014, the state established a Hospital Early Warning System to monitor hospital-related issues. While this imposed stricter guidelines, the law would have been more comprehensive if then Gov. Christopher Christie had not intervened to soften them.

“The DOH transparency report stemmed from an August 2012 conditional veto of a bill which would essentially have required all hospitals to disclose to the DOH the same or equivalent information that nonprofit hospitals are required to submit,” the report said. “The conditional veto called instead for the health commissioner to review and report on financial reporting requirements.”

According to stories that appeared in The Star Ledger, CarePoint spent $350,000 between 2010 and 2011 hiring lobbyists and making political contributions. Among the recipients of these contributions was Rosemont Associates, a marketing consulting firm where former U.S. Sen. Robert Torricelli had worked.

Torricelli, as reported in The Hudson Reporter, had interceded with Christie on CarePoint’s behalf during the purchase of Bayonne Medical Center in 2009.

According to The Star Ledger, representatives from Rosemont met with the State Budget Committee to lobby for an $11 million appropriation in the state budget to help CarePoint purchase what became, in 2007, Hoboken University Medical Center. The legislation was sponsored by state Sen. Brian Stack and then Assemblyman Ruben Ramos.

CarePoint donated to Ramos’s campaign. When the legislature failed to support the $11 million appropriation, Ramos gave the contribution to charity.

CarePoint hired Public Strategies, one of the most powerful lobbyists in the state, to meet with Christie to discuss some of these issues.

The Star Ledger story went on to say that CarePoint contributed $25,000 to Reform Jersey Now, a political action committee with close ties to Christie’s reelection in 2012.

Using CarePoint as an example, the report said that certain hospitals have paid tens of millions of dollars in “questionable” management fees and allocations to private entities. In many cases, these “management companies” that the report says have no employees, limited operating fees, and no clearly defined function, sometimes had the same principal officers as CarePoint, and shared the same street address in Jersey City.

“The current regulatory process for reviewing hospital finance statements might be outdated and inadequate,” the report concluded. “Under the current hospital oversight system, DOH cannot be assured that it is fully aware of and properly reviews intertwined ownership structures and possible risks posed by those structures.”

The SCI characterized such risks as “self-dealing and conflicts of interest [that] can lead to losses that endanger the healthcare system, compromise access to hospital care, and bring into question the stewardship of public funds.”

CarePoint saved Bayonne Medical Center, Christ Hospital, and Hoboken University Hospital from bankruptcies between 2008 and 2012, prompting national media to report that CarePoint had created a model for the new wave of for-profit hospitals.

But several national publications also noted that Bayonne Medical Center had the highest cost for services of any hospital in the nation. CarePoint officials have argued that patients rarely, if ever, actually pay these fees. Generally they are charged to insurance carriers.

The SCI recommends that the DOH develop new transparency rules with respect to oversight and review.

The $157 million that the report said was paid to CarePoint owners is misleading, according to CarePoint.

Because CarePoint is a for-profit enterprise, the owners expected and got a return on their investment, the statement said. But this was done after CarePoint paid property taxes on the hospitals in each town, and the massive back debt accrued by each hospital before the takeover, according to a statement issued by CarePoint.

“CarePoint commends the SCI for its recognition of the critical role CarePoint played in rescuing three community hospitals from bankruptcy and closure, enabling them to provide access to vital healthcare services for the residents of Hudson County,” said CarePoint spokesperson Jennifer Morrill. “In addition to saving the hospitals and thousands of jobs, CarePoint has paid over $22 million in local property taxes and has contributed more than $2 million to local nonprofits and community organizations.”

Morrill went on to say, “This report confirms CarePoint has acted in good faith within the state’s rules and regulations regarding transparency. Transparency is an integral part of CarePoint Health’s mission to provide high-quality care. We support the report’s suggestions and have offered our commitment to the Department of Health to share additional information and to help craft supplemental reporting requirements beyond the extensive ones that are already in place.

“CarePoint’s singular commitment has been to deliver outstanding, patient-centered care for Hudson County which we have been successful at for over a decade.”

Arguments by CarePoint in support of the payouts include the fact the owners of CarePoint invested their own money to save three distressed hospitals from bankruptcy. They took large personal, financial, and career risks that could be made only by a for-profit entity, and it worked. Three hospitals were saved from closure, thousands of jobs were saved, and additional expenditures were made in the healthcare system including $37 million in infrastructure investments across the three hospitals.

CarePoint argued that the management incentive payments, which the report claims were made, are paid to the management company only if there is a sufficient profit, as noted in the SCI report. Even when fees are paid, it is only after expenses, debt, and all loan covenants are met. The owners set strategy and took all the risk for acquiring the assets and debt, according to CarePoint.

“Since the release of the state’s Hospital Financial Transparency Report in 2014, hospitals have complied with reporting requirements relative to their audited and unaudited financial statements, participation in insurance networks and annual public meetings in their communities. They also report data to the state’s Hospital Early Warning System. Federal regulations, meanwhile, require transparency of executive compensation and hospital charges.

‘An egregious breach of public trust’

But not everybody is on CarePoint’s side.

“After reading the SCI report, it is clear that although these actions are legal, they are also an egregious breach of public trust,” said Assemblyman Nicholas A. Chiaravalloti. “This should not be allowed to occur. The SCI recommendations are a good start, but I am not sure they go far enough. The DOH needs to provide better oversight, and the legislature needs to hold all operators in healthcare to a higher standard.”

Chiaravalloti went on to say, “First I do not think this latest story should reflect upon the staff, doctors, nurses and volunteers who dedicate each day to serving those in need in Hudson County. Second, when CarePoint stepped in to bail out Bayonne Hospital from bankruptcy our community rejoiced. Third, CarePoint is a community partner on numerous activities. Fourth, Bayonne Hospital has had the dubious distinction of being the most expensive hospital in America. Fifth, I still have concerns about staffing levels and the relationship with the nurses and other unionized workers.”

Chiaravalloti’s response reflects both sides of the issue. While CarePoint has contributed to the communities it serves, the report warns that it needs to be more transparent in its business dealings. And the DOH needs keep an eye on these complex transactions.