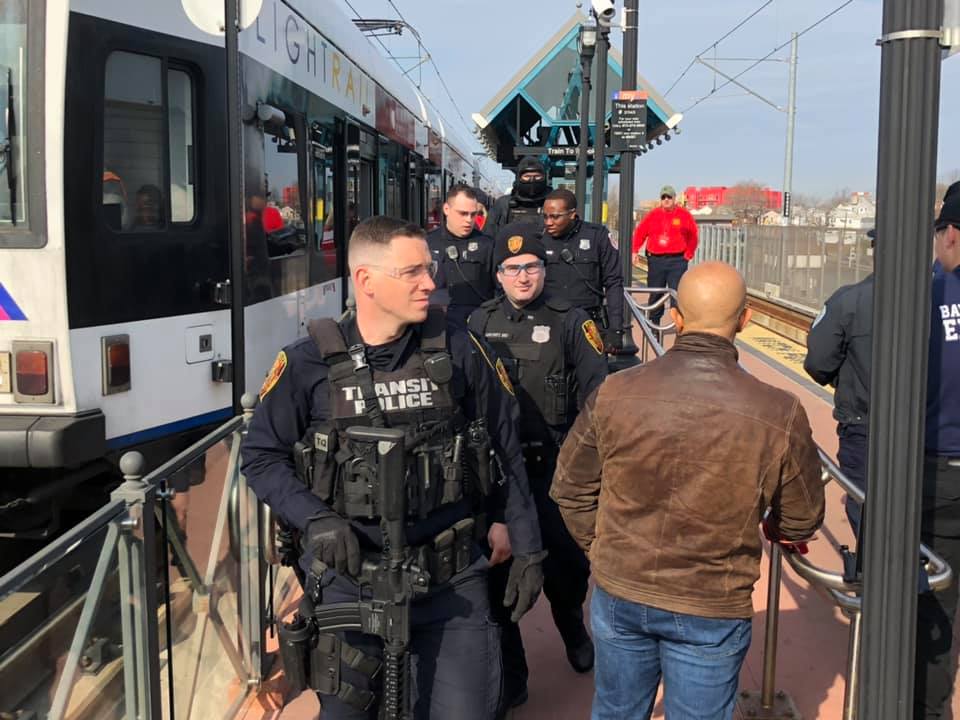 The Division of Recreation Special Needs Baseball League,  “Buddy Baseball,” is set to open its fifth season on Saturday, May 4.

“Buddy Baseball has been an amazing success, and we have a lot planned for opening day – a kickoff breakfast for all the players and families, followed by our parade, opening ceremonies on the field, and then the games,” said Pete Amadeo, Supervisor of Recreation.

The “kickoff” breakfast will begin at 9:30 a.m. at the Bayonne Museum at 229 Broadway, at the corner of 9th Street. After breakfast, the group will march from 9th Street to 11th Street on Broadway and make the turn up 11th Street to the field for an opening ceremony followed by three games.

This season has more than 75 children and six teams.

U.S. Senators Bob Menendez and Cory Booker have reintroduced an expanded version of a bill that would make it easier for the public to participate in the renewal process for broadcasters in the state.

This would apply to Secaucus-based WWOR-TV, which had its license renewed by the Federal Communications Commission (FCC) last year, despite the station shutting down its entire New Jersey news operation in 2013, and failing to provide meaningful local news coverage since.

“As long as WWOR continues to fail to live up to its obligations we will continue to hold them accountable to New Jerseyans,” said Sen. Menendez. “This legislation will prevent local TV stations, like WWOR, from ignoring their obligations and will strengthen the role of the communities they serve by giving local leaders and the public an active role in their programming and license renewal process.”

In accordance with a 1982 federal law, the FCC stipulated that any license holder for WWOR-TV “devote itself to meeting the special needs of its new community (and the needs of the Northern New Jersey area in general).” The FOX-owned television station shut down its entire New Jersey-based news operation in 2013, forcing layoffs while absorbing some staff at the company’s FOX 5 affiliate, WNYW-TV, in New York City.

The legislation would also require the FCC to issue rules to make it easier for the public to participate in the license renewal process.

In New Jersey, almost one in five families use more than half of what they earn to pay for housing — and what’s left over often isn’t enough to cover essentials that contribute to a healthy life, according to the just-released County Health Rankings report. This disproportionately impacts communities of color: at least one in four Black and Latino families in New Jersey “face a particularly high burden, whereas for white families, it’s 15 percent. In Bayonne, 56 percent of the 25,377 households are above the ALICE threshold, according to the United Way’s annual “Asset-Limited, Income-Constrained, Employed” report, while 15 percent are subjected to poverty.

Only 9,000 liquor licenses are in circulation across the entire state — and that needs to change, convenience store owners testified in Trenton last week. The chance to sell wine could save their businesses, they said. “Our cigarette sales are out the window, carbonated sales are down … so the opportunities at the gas station and retail outlets have gone down big time,” Kashmir Gill said, according to an online report. They pushed for a new cap: 10 licenses per corporate entity.

Murphy: New Jersey will have its own Obamacare marketplace

Last week, Gov. Phil Murphy said he sent a letter to the Centers for Medicare & Medicaid Services announcing the state’s intent to create its own health insurance marketplace beginning in 2021. The move is “a bid to guard against the Trump administration’s attempt to unwind restrictions of the Affordable Care Act,” according to the Asbury Park Press. And the enrollment period could stay open for longer. Trade groups — the New Jersey Association of Health Plans and the New Jersey Hospital Association — applauded the plan.

The number of court-mediated foreclosures in New Jersey is more than double the national rate, according to recent data from Realty Trac. A package of bills designed to tackle the state’s foreclosure crisis cleared both houses of the state legislature last week. One measure would codify a mediation program that was instituted in the wake of the financial crisis. Another would extend the window during which a lender must file a notice of intent to foreclose from 30 days to six months.

A bill that would effectively ban all private beaches in New Jersey, called the “Public Trust Doctrine,” cleared both houses of the state legislature last week. But if the point of the bill is to make a centuries-old common law enforceable, what’s on Gov. Phil Murphy’s desk still contains a few puzzling details. The bill enables the Department of Environmental Protection to file suit against owners of private beaches, but only if it’s “practicable” (reasonable). “It really keeps things as status quo,” New Jersey Sierra Club Director Jeff Tittle told the Long Branch-Eatantown Patch.

State Attorney General Gurbir Grewal and Department of Environmental Protection (DEP) Commissioner Catherine McCabe announced the state has filed lawsuits against DuPont, Chemours, and 3M for allegedly polluting four sites: Greenwich Township, Pennsville and Carney’s Point, Pompton Lakes, and Sayreville. On Monday, the DEP issued a directive to these companies and two others — Solvay and Dow Chemical — to compensate the state for PFAS contamination for testing, treatment, and remediation/cleanup.

Police departments ready to use $1M to ticket distracted drivers

This year’s national blitz against distracted driving, a government campaign called “U Text. U Drive. U Pay,” began this week. Getting a ticket for distracted driving in New Jersey will cost between $200 and $400 as a first offense, and it could lead to a suspension of your license after a third offense. Distracted driving killed 3,450 people in 2016 alone, according to the National Highway Traffic Safety Administration.

At the New Jersey Conference on Campus Sexual Violence last week, state Attorney General Gurbir Grewal announced the state plans to embed prosecutors in every county this fall in order to conduct forums on sexual assault at universities and colleges. As awareness of the issue has grown, the number of reported sexual assaults has risen, too, according to campus data compiled by NJ.com (with 138 reported cases of rape in 2016). The state’s task force on campus assault filed a report on the issue in June 2017.

Grace Sale on the Lawn this Saturday, Aug.7!