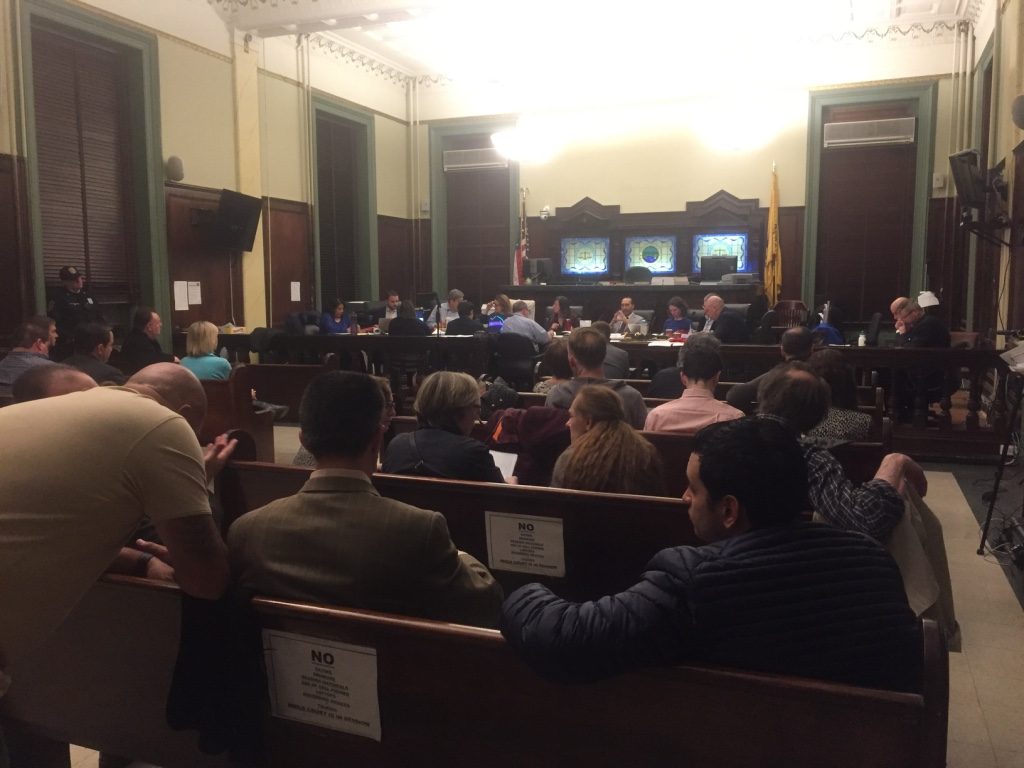 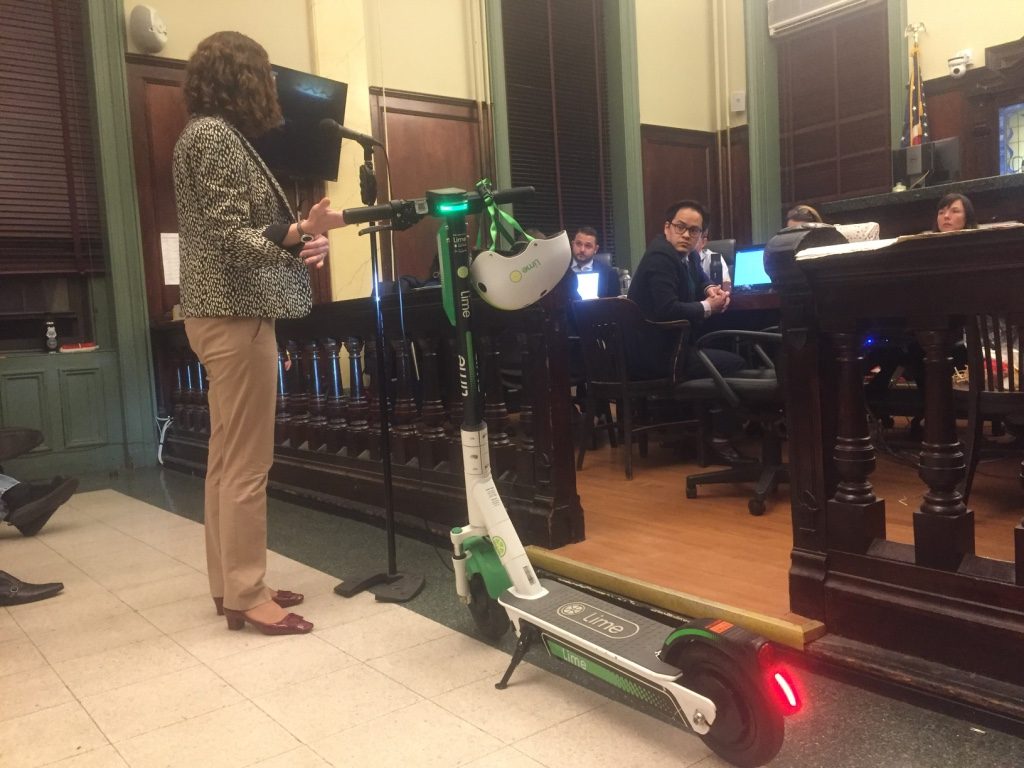 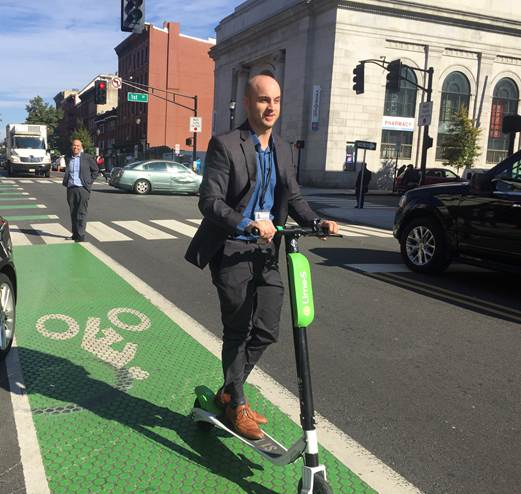 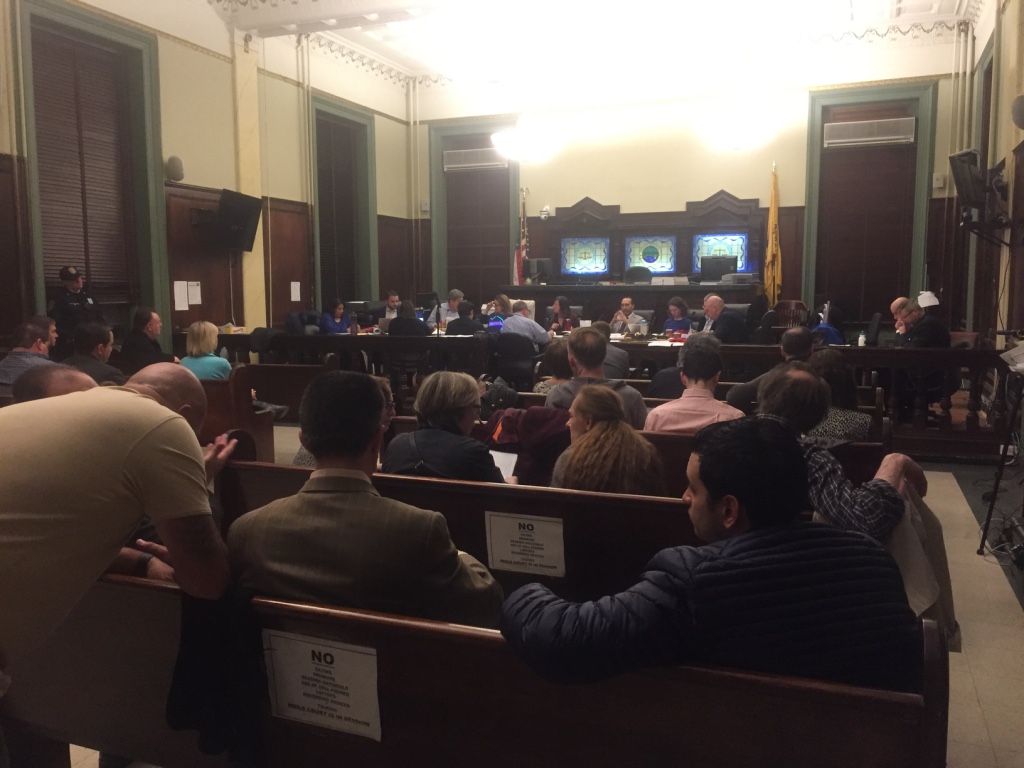 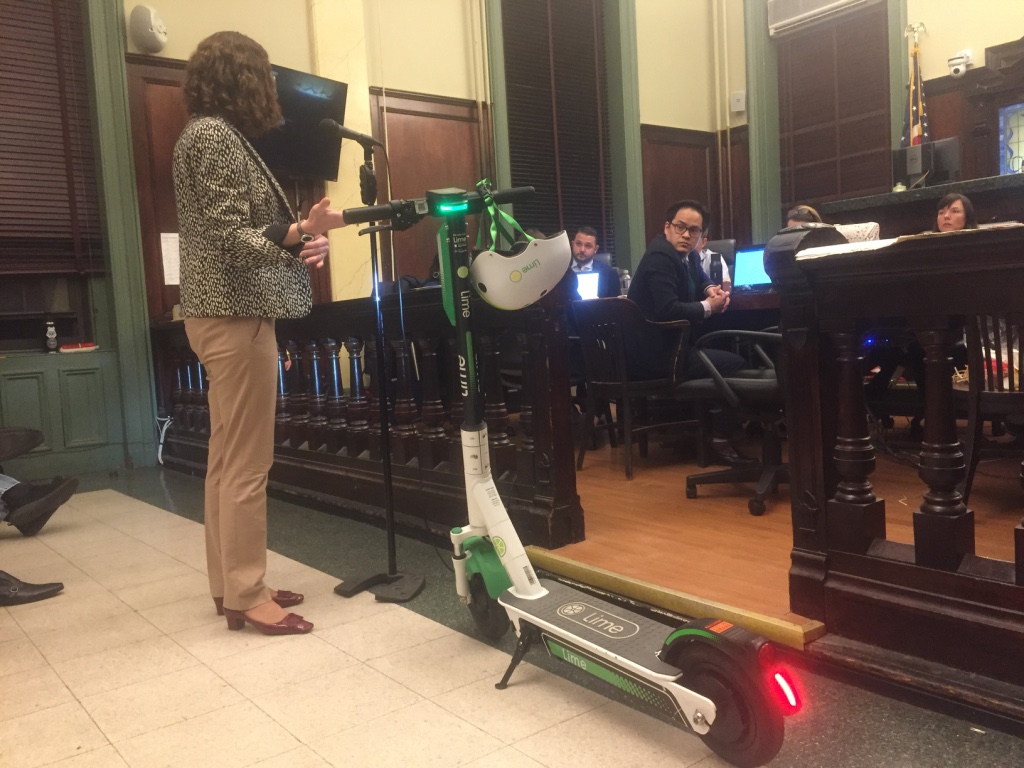 This May, Hoboken residents might see more and more people using the bike lanes, as nearly 400 electric scooters will become available to take on the roads.

This comes after the City Council voted 8-1 to approve the six-month pilot program with Lime, an electric scooter and bike sharing service.

With the authorization, Hoboken could become the first city in the state to have an e-scooter sharing service.

“I am thrilled Hoboken is leading the way for the rest of the state to implement an additional mode of green transportation,” said Mayor Ravi Bhalla in a statement.  “Electric scooters will help residents easily travel around our city, reduce congestion on our roadways, and improve access to transit stations and business districts. This is another way Hoboken is leading the way in implementing environmentally responsible transportation initiatives…”

Lime is not the only e-scooter sharing service that could be coming to town. The council is slated to vote on another pilot program with P3GM, the company behind JerseyBike, to launch OJO Scooters as well on April 17.

Also at the meeting, the council repealed the recent increase in parking meter prices.

The e-scooter sharing pilots will allow residents to utilize two variations of electric scooters, with Lime operating dockless Lime-S scooters (a roughly 50 pound scooter which you stand on) and P3GM operating Ojo scooters which you sit on, more like a lightweight low-speed moped, that will utilize the JerseyBike bike share stations for docking.

At the last council meeting on April 3, representatives from Lime presented the scooter and answered council questions about the pilot program.

Councilwoman Tiffanie Fisher said she was concerned with public safety and the enforcement of the program stating that the police department has difficulty ticketing bicyclists who break the law.

Council President Jen Giattino said she had concerns with the scooter’s hitting pedestrians and that underage users may try and gain access to the service, which is only for those over 18 years old.

Director of Parking and Transportation Ryan Sharp said that he and the providers will be meeting with the Police Department to go over an enforcement strategy which will also protect pedestrians.

Shari Shapiro, the director of mid-Atlantic government relations for Lime, also noted that as part of the program to enforce parking rules users must take a photo of where they have parked their scooter, and users can also report scooters, which are not parked correctly by sending in a photo through their app.

At the same meeting, the council also passed an ordinance, which authorized electric scooters with a top speed of 20 mph to use the bike lanes in the city because it is against the law for them to be used on sidewalks.

Sharp also noted that the e-scooter sharing system will make Hoboken more transportation resilient by providing yet another way for residents and visitors to easily get around town without the use of a personal car.

Other cities that have implemented electric scooter sharing programs have received positive feedback from participants. According to a press release from the city, Portland Oregon’s four-month e-scooter sharing pilot program reported that 62 percent of residents viewed e-scooters positively at the end of the pilot, 71 percent reported they most frequently use e-scooters to get to a destination, 42 percent used scooters before bikes, and 48 percent of visitors took an e-scooter instead of driving a car or using a ride-hailing service.

Hoboken’s famous pub crawlers, however, should beware: operating an e-scooter while intoxicated is just as illegal as drunk driving a car or bicycle.

Also at the April 3 meeting, the council voted to repeal meter hikes after businesses and residents balked at the steeper price of parking.

Last November, the council approved a number of initiatives that aimed to provide more on-street parking, one of which was dynamic meter pricing, which was first implemented at the beginning of March.

Before, meters citywide were 25 cents per 15 minutes.

“Maybe they were a little too high in some places,” he said noting that Hoboken businesses are hurting but that one of the main problems they face is a lack of parking.

He said he felt the ordinance should roll back the hours in which people must pay for a metered space and that the west side of town’s meters should be at a lower rate but “rates on Washington and the associated side streets should remain at the new rates” which would help stimulate business.

The council voted 8-1 to repeal the meter hikes.

Giattino assured Luis that the council would be working to revise parking rates in town as well as host community meetings to help come up with a solution, which would work for everyone.