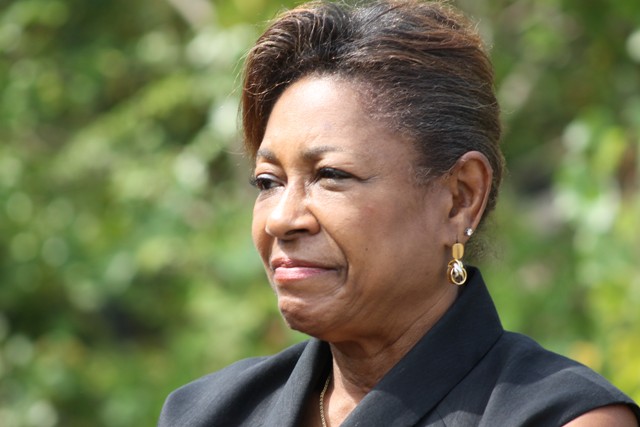 State Sen. Sandra Cunningham sought support from the Jersey City municipal council at the March 27 meeting for a bill she and state Sen. Ronald Rice Sr. are sponsoring that would allow New Jersey prison inmates, parolees, and those on probation — as many as 94,000 people — to vote.

State election laws prohibit inmates as well as those on probation and parole from voting. Cunningham believes these people are being disenfranchised. The bill she is sponsoring would allow them to register to vote, as part of an effort to rehabilitate them and prepare them for return to society.

While most European countries allow inmates to vote, in America only Maine and Vermont do. Voting rules are regulated by each state, not the federal government.

In states that ban prisoner voting, the rules vary. Some states, including New Jersey, tend to have more lenient laws when it comes to restoration of voting rights. In New Jersey, voting privileges are automatically restored if an inmate completes a sentence or later parole and probation.

Some states require a person to apply to have their rights restored. In other states, people convicted of serious crimes such as rape or murder are banned from voting for life.

Is the voting restriction racist?

Cunningham believes, along with many civil liberties groups, that legal prohibitions against inmates voting are an aspect of racism.

Cunningham cited an 1844 New Jersey law that restricted voting only to white men. The law was passed at the same time as the state outlawed slavery, but also restricted inmates from voting.

Advocates argue that the law disproportionately affected black communities. But several studies dispute this, saying that an increased rate of crime in that era accompanied massive changes in immigrant populations. The studies cite conflicts based less on race than competition between ethnic groups for limited space, particularly in urban areas like lower Manhattan.

New Jersey does have a racist history to live down. It was the last state in the North to outlaw slavery, in the 1840s. The state only narrowly avoided joining the Confederate states in succession from the Union in 1861.

Activists supporting the effort to restore voting rights to inmates and other ex-offenders believe that the state laws banning prisoner voting were an effort to get around the 15th Amendment that allowed African-Americans to vote. Indeed, only about one third of the states prior to the Civil War prohibited prisoners from voting. But by the turn of the century, nearly every state had such bans in place.

More than 40 percent of those incarcerated today nationally are African-American. The percentage is even higher in poor urban areas.

Studies by Northwestern University and other institutions do not completely fall into line with the racist argument, noting that in some states such as Florida and Minnesota (where voting rights are also restricted) the majority of the inmate population is actually white.

Arguments on both sides

Advocates for the change, such as Cunningham, claim that a prisoner’s fundamental rights are being suppressed. But legal arguments by opponents claim incarceration means a suspension of a persons’ rights, noting that many of those rights enjoyed by people are restricted during the time when inmates are serving their sentence.

Opponents’ arguments against restoring the right to vote are seen as generally weak. For example, they say prisoners should not have the ability to vote on laws which they have broken.

Conservatives also argue that suspending voting rights for those released from prison allows society the time to see if the ex-offender has actually reformed.

Advocates for ex-offender reentry, such as former Gov. Jim McGreevey, argue restoration of voting rights is an important measure that helps to bring former inmates back into the mainstream

“This is one way people feel like they belong,” McGreevey said.

Both McGreevey and Cunningham said this is about restoring people’s dignity, and that by restoring their right to vote, they may well become better citizens.

About half of those who would benefit from the law live in five counties in New Jersey, including Hudson County.

Some Republican state legislators appear willing to support voting rights restoration for those on probation and parole, but not to inmates. Councilman Richard Boggiano said he might support this change.

But Cunningham said this is not enough.

“These are people who are serving their time,” Cunningham argues. “They shouldn’t have to spend the rest of their life being penalized for what they already paid for. We need rehabilitation, not warehousing.”

Council President Rolando Lavarro he agrees with the Cunningham-Rice bill and plans to introduce a supportive resolution at the next council meeting.

While the measure is supported by organizations throughout the state, including the NAACP and the American Civil Liberties Union, the issue is drenched in politics.

Opponents of the measure, who are largely conservative, see changes in laws like this as a measure to drum up votes for Democrats. Statistics show that African-Americans inmates overwhelmingly register as Democrats when they can.

Conservatives groups also fear that inmates, because they have less access to information and are under supervision, could be intimidated into voting for particular candidates.

But these arguments may be moot, since studies also show that most inmates even when they register tend, in most cases, not to vote.

More important issues involve how this sudden increase in potential voters could influence local elections and the drawing of local, state and federal election districts.

Councilman Michael Yun raised several key issues in regard to the change. He said if prisoners can vote, local politicians may not be able to reach them with information that would make them educated voters.

The legislation faces a rocky future in Trenton, partly because legislators in certain districts may not want to appear soft on crime.

Perhaps even more important is the fact that under existing law, prisoners must be registered where they are incarcerated rather than where they lived prior to sentencing. Since districts for elections are based on census and registered voting records, this could skew how districts are shaped.

A bill sponsored by Cunningham and state Sen. Nilsa Cruz-Perez would change the way incarcerated individuals are counted for redistricting purposes. Currently, the Bureau of the Census counts inmates as residents of the towns where they are incarcerated. Under the bill, individuals would be counted in the community where they lived prior to incarceration.

“In most cases, incarceration is only temporary. It is unfair for inmates to be considered part of a community where they’ll likely never live as a free citizen,” said Cunningham. “Since incarcerated people cannot vote, their communities are their last line of defense to make their voices heard. It is unfair to count them as part of the district which they are imprisoned when upon their release they will more than likely return to the area from which they came.”