83, passed away on April 5, 2019. He was born August 7, 1935 in Bayonne to the late Walter and Regina (Sarnowski). Hank is survived by his wife of 61 years, Patricia (Lynch). He is also survived by his two sons, Michael and his wife Joan and Mark and his wife Bernadette. Hank also leaves behind 5 grandchildren, Kimberly Lingenfelser, (Bryce), Jason, Aileen, Devan and Colin Mastowski. He is also survived by his 2 brothers, Raymond, (Elizabeth-deceased) and Frank, (Ellen) Mastowski. Hank was also the brother-in-law of Thomas and Anne Ciranello and Brian and Lois Stout and the late Raymond and Barbara Lynch. Hank also had many nieces and nephews. Funeral arrangements by ORENDER HOME FAMILY FOR FUNERALS, 26434 Old Bridge Rd., Manasquan, NJ. 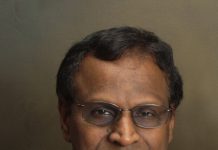