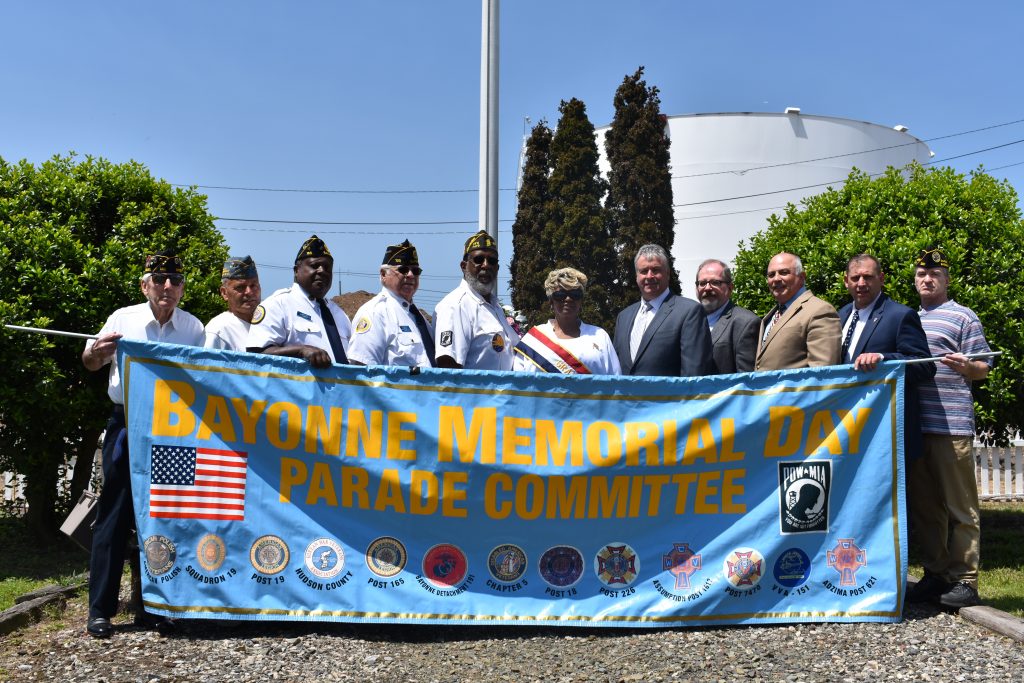 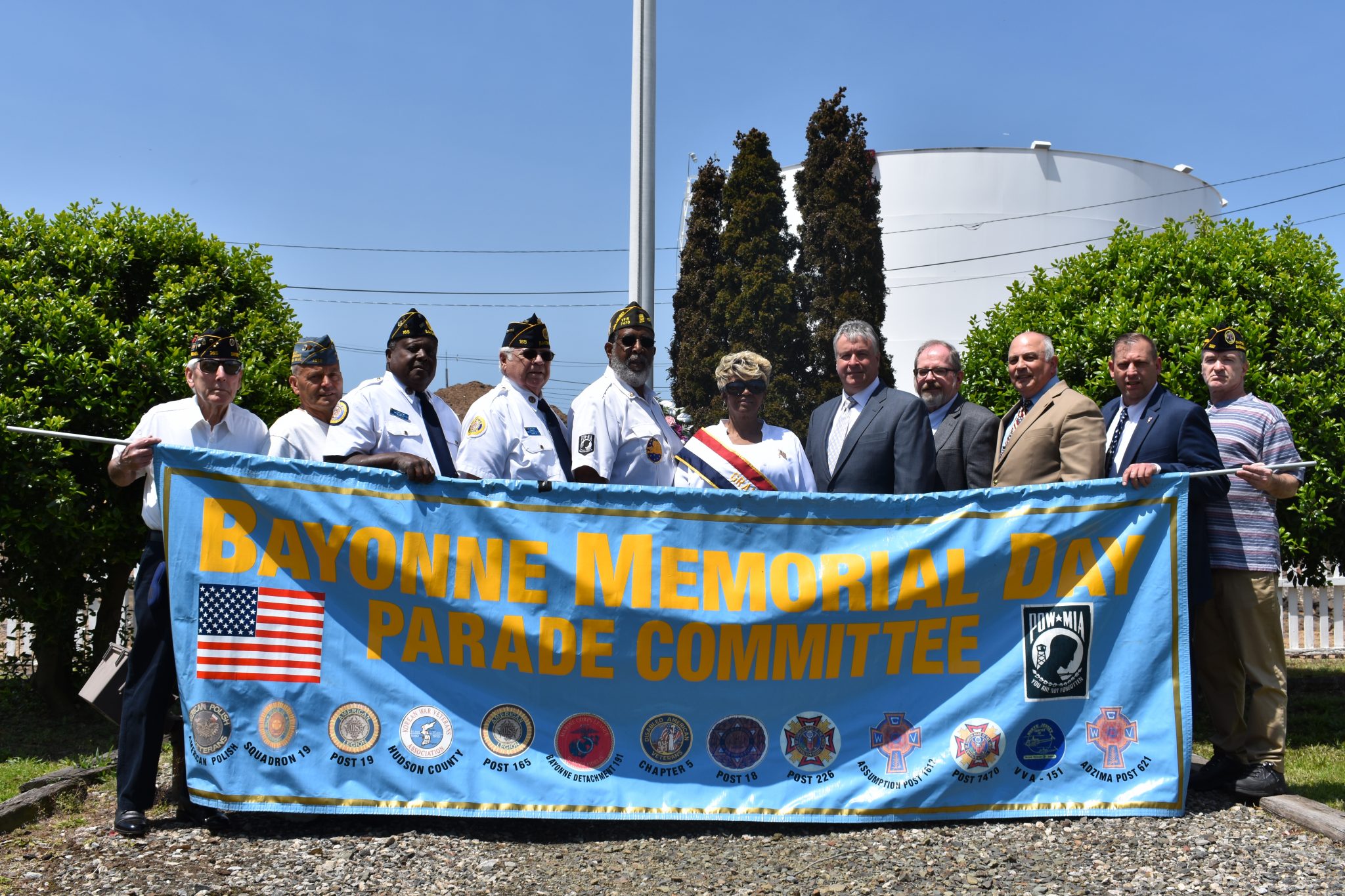 Constable Hook Cemetery, a lesser-known graveyard hidden among oil tanks at International Matex Tank Terminal on 22nd Street, is the site of an annual Memorial Day tradition in which Bayonne’s eldest veterans decorate every military memorial in the city.

A white picket fence surrounds the 200- by 200-foot cemetery, originally about 1.3 acres. It contains up to eight grave shafts that hold as many as 1,500 dead, many from Bayonne. The last soldier was buried there in 1912.

On May 22, a group of veterans arrived in an old Bayonne Fire Department canteen truck and a 1950s-era Chevrolet, which is used mostly in parades. Also attending the ceremony was Mayor James Davis, Chief Financial Officer Terrence Malloy, and Councilmen Sal Gullace and Juan Perez. At the entrance, the group loaded into an IMTT van and headed down a 300-foot gravel path, one of four that were built in the 1980s during a restoration effort. The vets placed flags in front of every grave, raised a flag, and saluted.

Notably missing were some of the Bayonne veteran community’s most prominent faces: Frank Perucci, a World War II veteran and color guard captain who died at the age of 91 in December of 2018; Lou Giovanni, who is now in hospice care; and John Ornsby, who died last year.

“When I worked in construction, I used to come here to have my lunch,” Perucci told the Bayonne Community News at the Constable Hook Cemetery memorial in 2016. “I used to sit here and look at all their names. I used to know all these names.”

Coincidentally, Mayor Davis spent some of his professional life at the cemetery. When he was a rookie police officer in the 1980s he was assigned to patrol the site.

“I used to park right up there,” said Davis, pointing to a gravel road above the cemetery, which is much spookier at night. “Every now and then you hear a voice and roll up the windows.”

Barry Jones, a member of the color guard, may fill Perrucci’s shoes and become color guard captain. “It’s very important that every veteran, no matter where they are, are remembered,” he said. “Wherever a veteran is buried, we should honor them.”

“Frank had a special flare to everything that he did,” Jones said. “It’s a little tough doing it without him. He made sure everyone was lined up correctly. He was a stickler for doing everything the proper way, making sure we were all in our proper places. He did that over and over again, no matter how many times we did it. He always told us how to do it again.”

“People don’t honor them like they should. These people give their lives. They fight for their country.” — Edith Ferrell

“Veterans are very important staples of the community, wherever they might be,” said Edith Ferrell, a color guard auxiliary and Grand Marshal of the Memorial Day parade. “People don’t honor them like they should. These people give their lives. They fight for their country. People coming home are maimed. We should dedicate time and energy.”

“Any site is important to visit,” said Mayor Davis. “Without veterans, we don’t exist as a country. Vets are forever young, because they give the ultimate sacrifice to protect our country.”