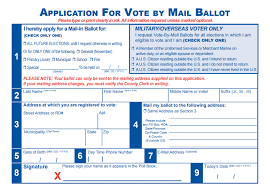 According to a press release from U.S. Attorney Craig Carpenito, on Thursday, May 30, Dio Braxton, 43, of Hoboken admitted his role in a conspiracy to promote a voter bribery scheme during a 2013 municipal election.

Braxton pleaded guilty before U.S. District Judge William J. Martini in Newark federal court to an indictment charging him with conspiring allegedly with Hoboken politico Frank “Pupie” Raia and others to use the mail to promote a voter bribery scheme during the 2013 municipal election.

According to documents filed in this case and statements made in court, Braxton and others, allegedly at Raia’s direction, participated in a scheme to pay some Hoboken voters $50 each if those voters applied for and cast mail-in ballots in support of Raia’s city council campaign and a rent control referendum that Raia supported.

After the election, Braxton and others handed out $50 checks to voters allegedly from an entity hired by Raia’s Political Action Committee. Before handing the checks to voters, Braxton and others allegedly working for Raia required the voters to sign declarations stating that they had worked for the campaign, but  many of these voters never worked for the campaign. These declarations were  a way for Braxton, others, and allegedly Raia to hide the fact that the voters had been paid for their votes.

Braxton faces a maximum penalty of five years in prison and a $250,000 fine. Sentencing is scheduled for Sept. 10.

Raia was previously indicted on the same charge and is awaiting trial. The charge against him is an accusation, and he is presumed innocent unless and until proven guilty.