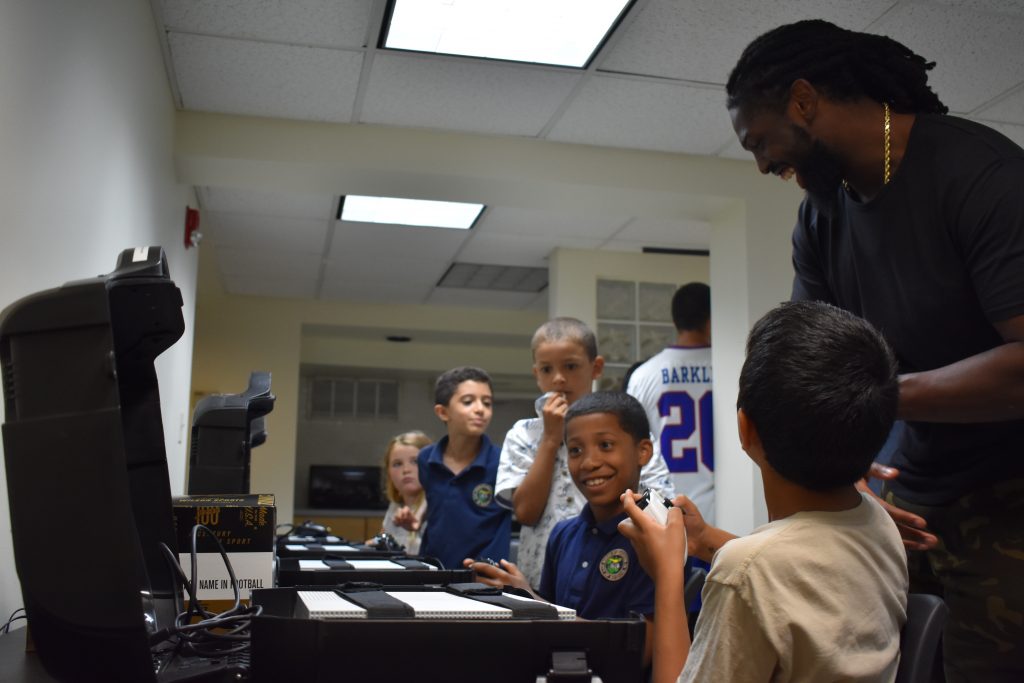 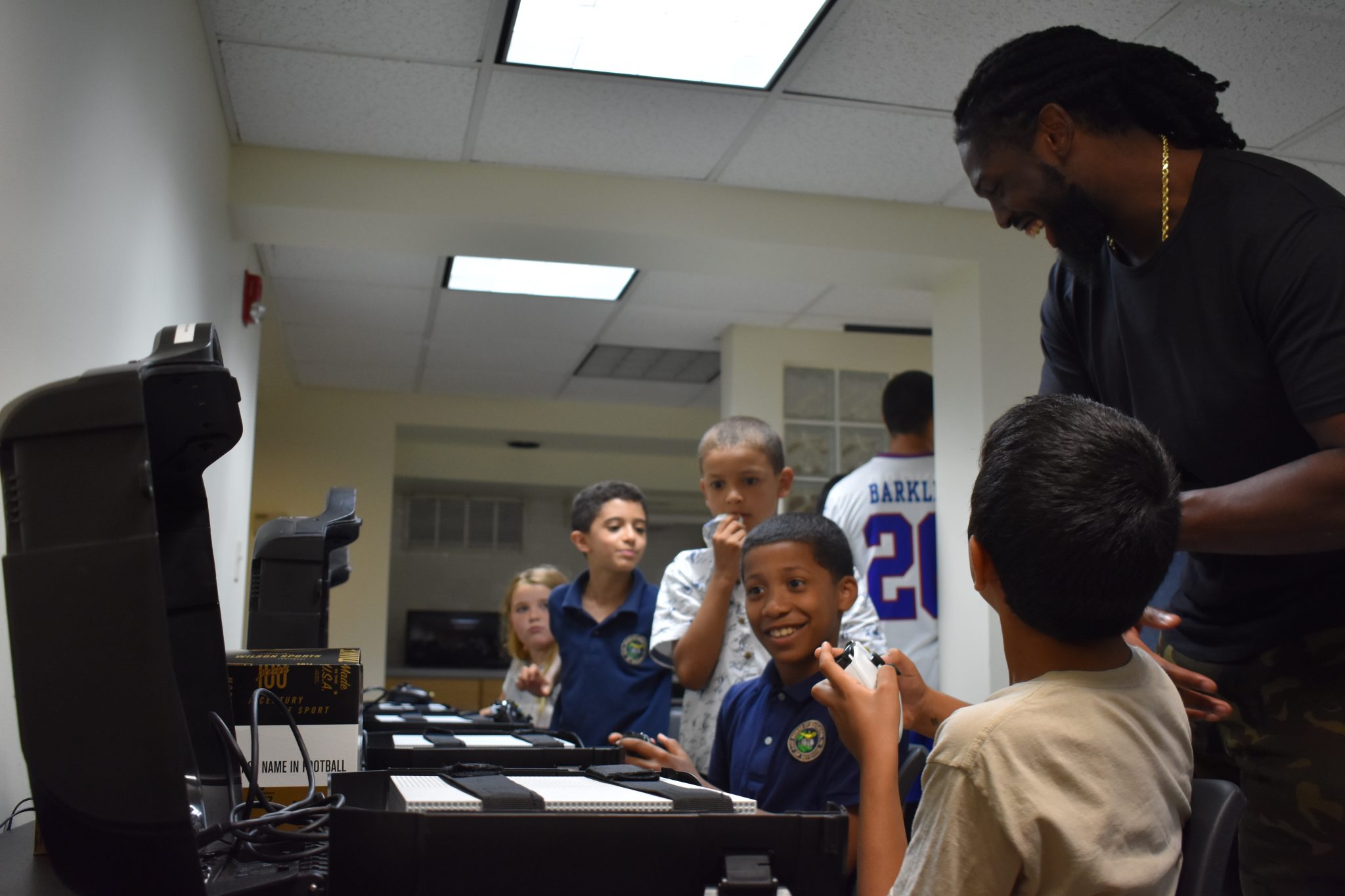 Kids living in the housing complex and a couple of  New York Giants players were greeted on a 60-inch television by Black Chrystal, a popular Bronx gamer on the live-game-streaming, Amazon-owned platform. She will be one of many gamers who will appear remotely on the screen during gaming sessions to teach kids the art of “esports,” to help gamers improve gaming skills for competitions, how to stream their games on Twitch, and how to use video production software.

Kids played games such as Fortnite, Minecraft, and Madden NFL with some of the same Giants players depicted on the screen.

“In this new generation, video games are so big. We want to get them on paths they’re interested in,” said Avery Moss, a 24-year-old outside linebacker for the Giants. As a kid, he played games like Call of Duty, 007, and Madden NFL. “This is something I would have loved. It’s a safe-haven.”

“It’s a kid’s dream to have a game room where you can invite all your friends to come,” said Mary Jane Waldron, 11, a student at Phillip G. Vroom School. She played Minecraft on one of the consoles. Normally, she plays a multiplayer game on her phone called Roblox with her classmate and neighbor, Gabrielle Toceynski, 9.

“I like that there’s a lot of games you can play here,” said Toceynski. “It’s like a little kid’s heaven.”

“This gaming center is super important, so the kids can have something of their own,” said Giants defensive tackle, Dalvin Tomlinson, 25. “They can bond and grow together and build friendships. And it keeps them out of trouble.”

“Gaming is for everyone. Anyone can pick up a controller and a game. But not everyone can pick up the technology. The console is expensive,” said Zinone, who grew up between 31st and 32nd Streets by Newark Bay and now lives in Orange County, California, with his family. Much of his extended family remains in Bayonne.

“I’ve never done anything in my hometown,” said Zinone. “Especially when it comes to the projects and those kids, they’re very underrepresented in gaming and in general. Everyone is trying to get the kids out of the projects, but we wanted to bring the academy straight to them.”

The rise of eSports

514 eSports was launched in 2007 as one of the first nonprofit organizations to bring gaming to military troops abroad. Since then, gaming has blown up in popularity with the advent of video game streaming.

More than 250 million people worldwide watch eSports, according to Activate, a technology consulting firm, and 61 percent of those viewers are on Twitch. YouTube jumped on the bandwagon when it launched a video-game streaming service in 2016. It grew by 363 percent in 2017.

Content streaming websites like Netflix and HBO are beginning to view eSports as a competitor. Professional sports leagues have launched professional gaming leagues of their own. ESPN now broadcasts games from the North America League of Legends Championship Series.

Activate predicts that eSports viewership will surpass every sports league but the NFL by 2021. The bottom line is that gaming is more popular than ever, especially with youth. Some high school sports programs in the New York/New Jersey region are considering adding eSports to their varsity lineups.

“My son plays games. When he puts on that headset, his influence is worldwide,” said Zinone. “These kids in Bayonne, their influences are their parents, siblings, friends. Now that influence is beyond the confines of his own housing project. Gaming is going to have a huge impact on those kids. We’re excited for it.”

Zinone hopes that 514 eSports can become a model for housing authorities across the region. For now, Bayonne will be unique.