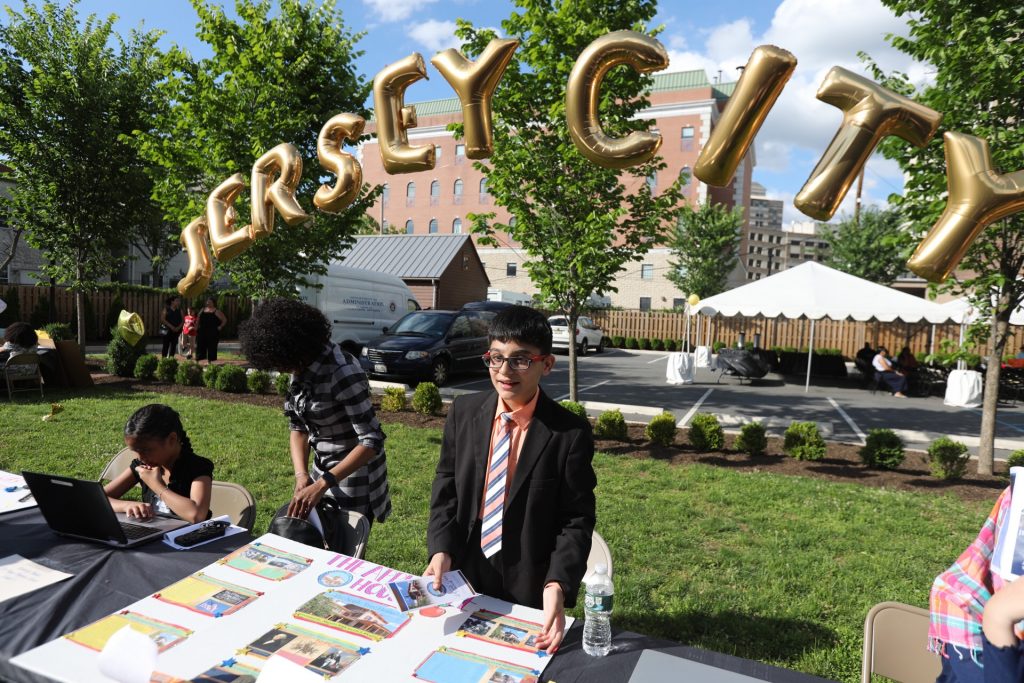 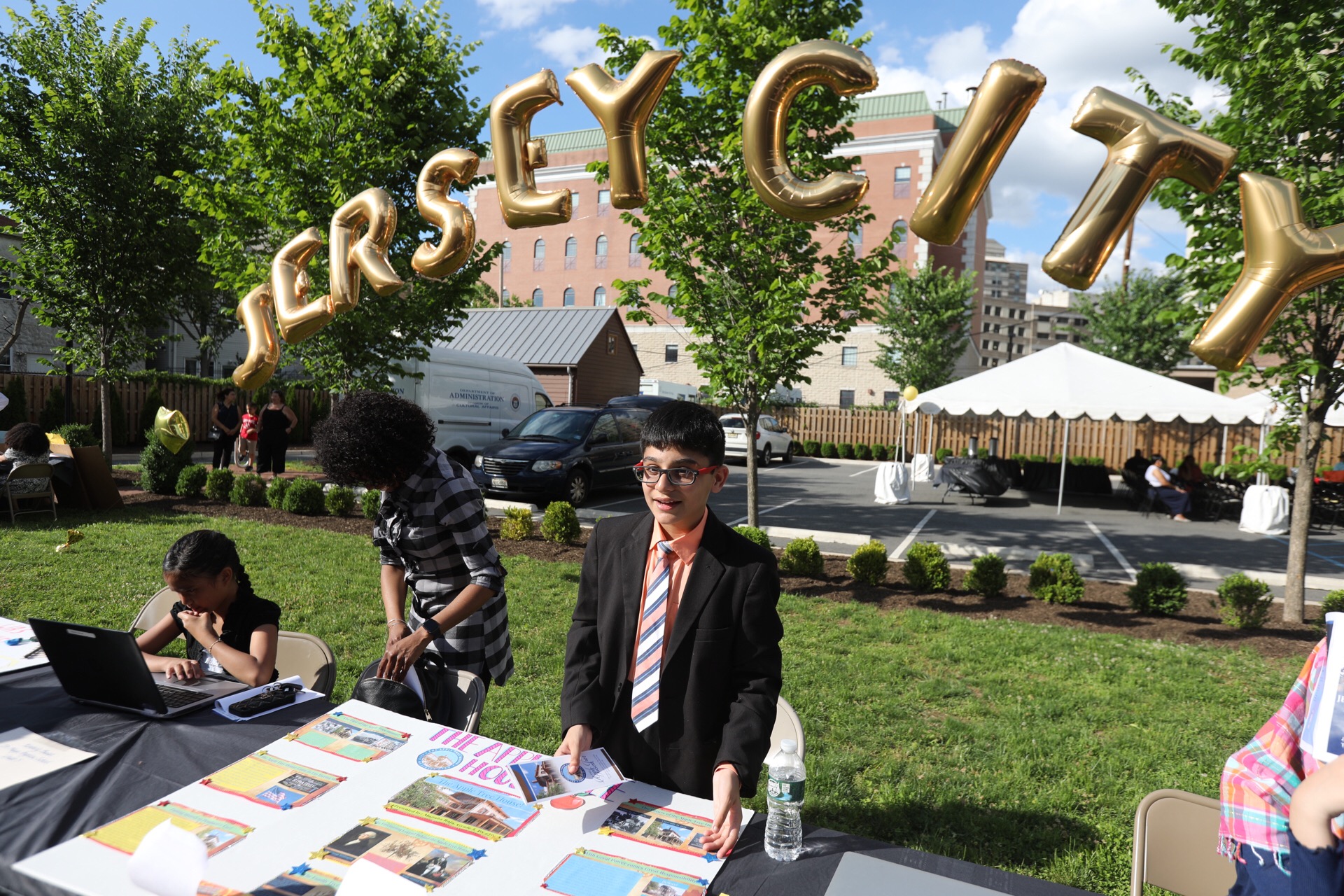 For the first time, Jersey City public school students gathered at Apple Tree House on June 6 for their annual history fair that was held by the Office of Cultural Affairs.

The Apple Tree House on Academy Street was opened two years ago as a historical monument to the American Revolution.

Jersey City played a significant role in the revolution and housed military camps for both British and colonial troops, leading eventually to the Battle of Paulus Hook, where there was a British fort at the time.

Local legend has long claimed that George Washington, as general of the Continental Army, met with French Major Gen. Marquis de Lafayette in 1779 under an apple tree in front of a house on Academy Street owned by Harman Van Wagenen, a Jersey City farmer. The house is known as “The Apple Tree House” based on that legend.

This legend claims that while camped in the Bergen Section of Jersey City for three days during the American Revolution, Washington and Lafayette dined in the yard “underneath an apple tree” and discussed strategy for French Naval intervention.

The apple tree that the legend made famous fell during a storm on Sept. 3, 1821. People came from far and wide to collect pieces of the tree as souvenirs. Kids whittled its wood into various objects for gifts around Christmastime.

Both the inside and outside of the Apple Tree House were used throughout the evening of the history fair. Inside, high school students displayed both static and live displays, some even using video projection. School officials said it was an exciting and educational way to activate a historic space using multimedia capabilities.

On the grounds outside the Apple Tree House, 8th grade students presented informational display boards. Their tables will line the pathways of the house.

These are the very grounds that the VanWagenen family tended, harvesting apples from their orchard. There was also music, food, and a small stage, where students received awards presented by key members of the Jersey City school district.