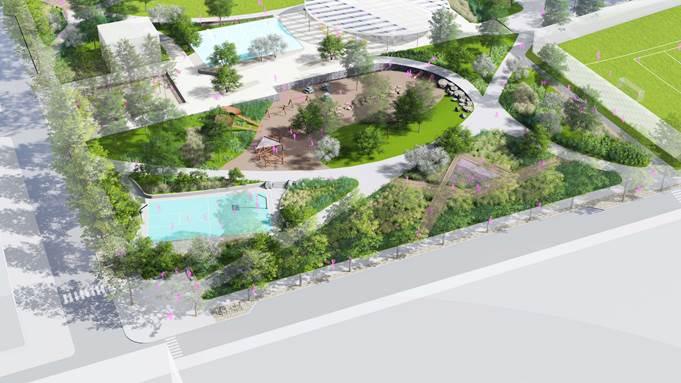 1 / 3
The park will help prevent flooding in northwest Hoboken because it will store roughly two million gallons of rainwater. 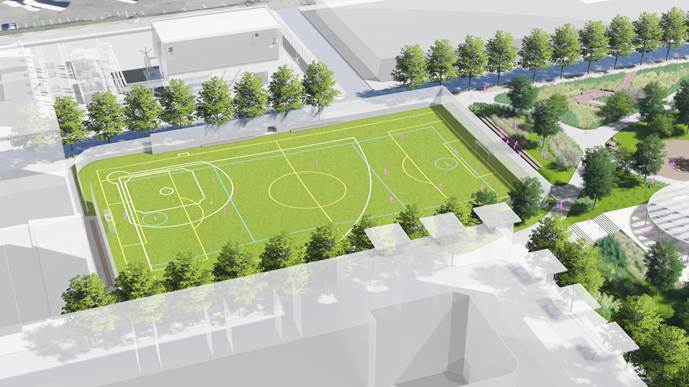 2 / 3
The park will be five acres and include an athletic field, playground equipment, and a seasonal ice skating rink. 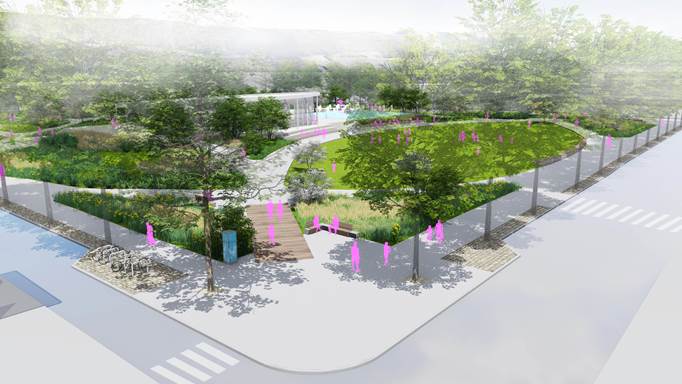 3 / 3
The new Northwest Resiliency Park is scheduled to break ground this fall after the city council approved a nearly $50 million construction contract. The park will cost more than $90 million.
×

1 / 3
The park will help prevent flooding in northwest Hoboken because it will store roughly two million gallons of rainwater.

2 / 3
The park will be five acres and include an athletic field, playground equipment, and a seasonal ice skating rink.

3 / 3
The new Northwest Resiliency Park is scheduled to break ground this fall after the city council approved a nearly $50 million construction contract. The park will cost more than $90 million.

Hoboken has awarded a nearly $50 million contract for construction of a five-acre Northwest Resiliency Park that will be the city’s largest.

Currently, the space is used by residents as a temporary popup park, opened in August of 2017.

The design team for the Northwest Resiliency Park gathered information from residents through an online survey and through public sessions held throughout the city. After collecting community feedback, the team created a final concept.

It also includes above-ground green infrastructure and an underground retention system that together will hold up to two million gallons of rainwater to help reduce flooding in Hoboken’s northwest area.

It all adds up

So far the city has spent more than $90 million on the Northwest Resiliency Park.

This hefty price tag is something Councilman Michael Russo was quick to point out during the most recent council meeting, noting that the council was told under the past administration that the park land would cost $10 million to acquire and would cost the city $30 million, including construction.

In fact, the city purchased the property for $36 million in 2016 from BASF, a chemical company. A state low-interest loan and Hoboken’s Open Space Trust Fund, which comes from property taxes, financed the purchase.

In the summer of 2017, Hoboken opened the temporary popup park, which sits on five acres and cost roughly $650,000 from the county Open Space Trust Fund.

In the beginning of June, a contract in the amount of $1.6 million was awarded to Engineering & Land Planning Associates, Inc. for design engineering support services during the construction of the park.

Among other tasks, it will review requests for information, contractor submissions and shop drawings; issue clarification sketches; do site visits; and develop educational signage.

You get what you pay for?

Another $3.7 million contract was awarded to Michael Baker International, to provide construction administration, observation, and inspection services for the park. A contract for $1.03 million was awarded to Excel Environmental Resources, Inc. for Licensed Site Remediation Professional (LSRP) Services during construction, including air, noise, and odor monitoring and verification of compliance with the U.S. Environmental Protection Agency requirements for soil sampling.

On Wednesday, June 19, the city council awarded the largest contract for the park so far, $48.6 million to Tomco Construction, Inc., for the construction of the park. Tomco was the lowest responsible bidder for the park’s construction. Other bids came in at $63 million and $59 million.

This roughly $10 million difference was questioned by Councilwoman Tiffanie Fisher, who explained in the past that the city had awarded contracts to the lowest possible bidder only to have to approve costly change orders down the line, as with the Washington Street Redesign Project.

Director of Environmental Services Jennifer Gonzalez said she, the city engineer, and attorneys met with Tomco and went over its proposal line item by line item and were confident in the proposal’s figures.

The council voted to partially finance the project through a low-interest loan from the Environmental Infrastructure Financing Program of the New Jersey Infrastructure Bank (I-Bank).

“I am extremely pleased that we have cleared this major milestone for our Northwest Resiliency Park with the award of a construction contract,” said Mayor Ravi Bhalla. “This park will become a model for the rest of the state with its above- and below-ground flood mitigation infrastructure, while providing state-of-the-art open space amenities for our community. Thank you to the city council for voting in support of the construction contract, and thank you to our partners at the New Jersey Department of Environmental Protection and New Jersey Infrastructure Bank for providing low-interest financing that will save the city millions of dollars.”

History in the 31st Legislative District