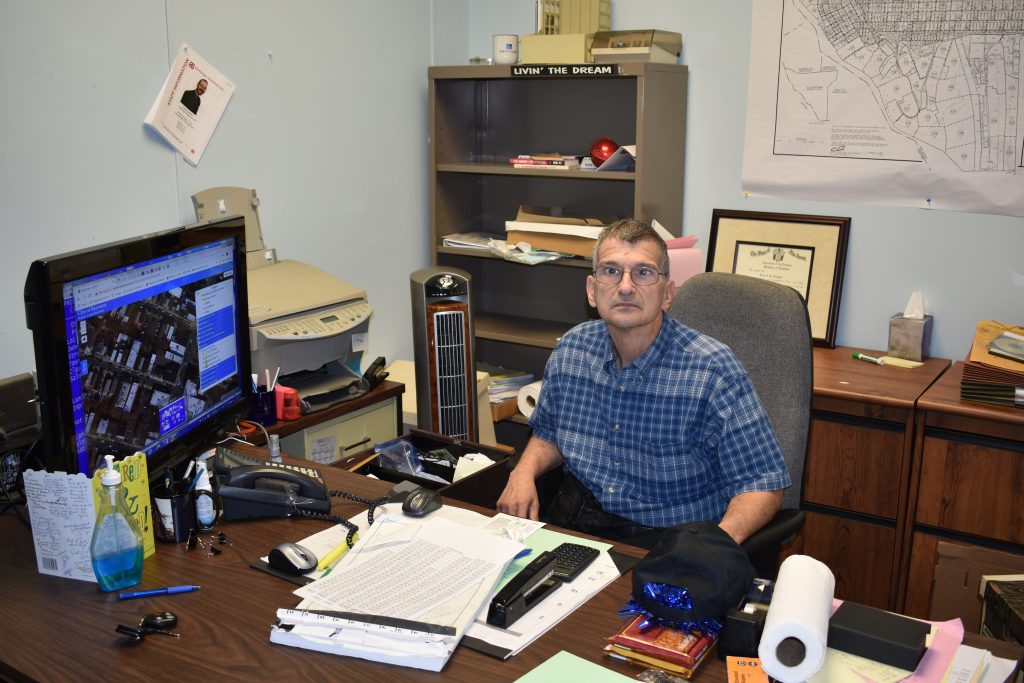 Nichols says he's optimistic about the future of the town.
× 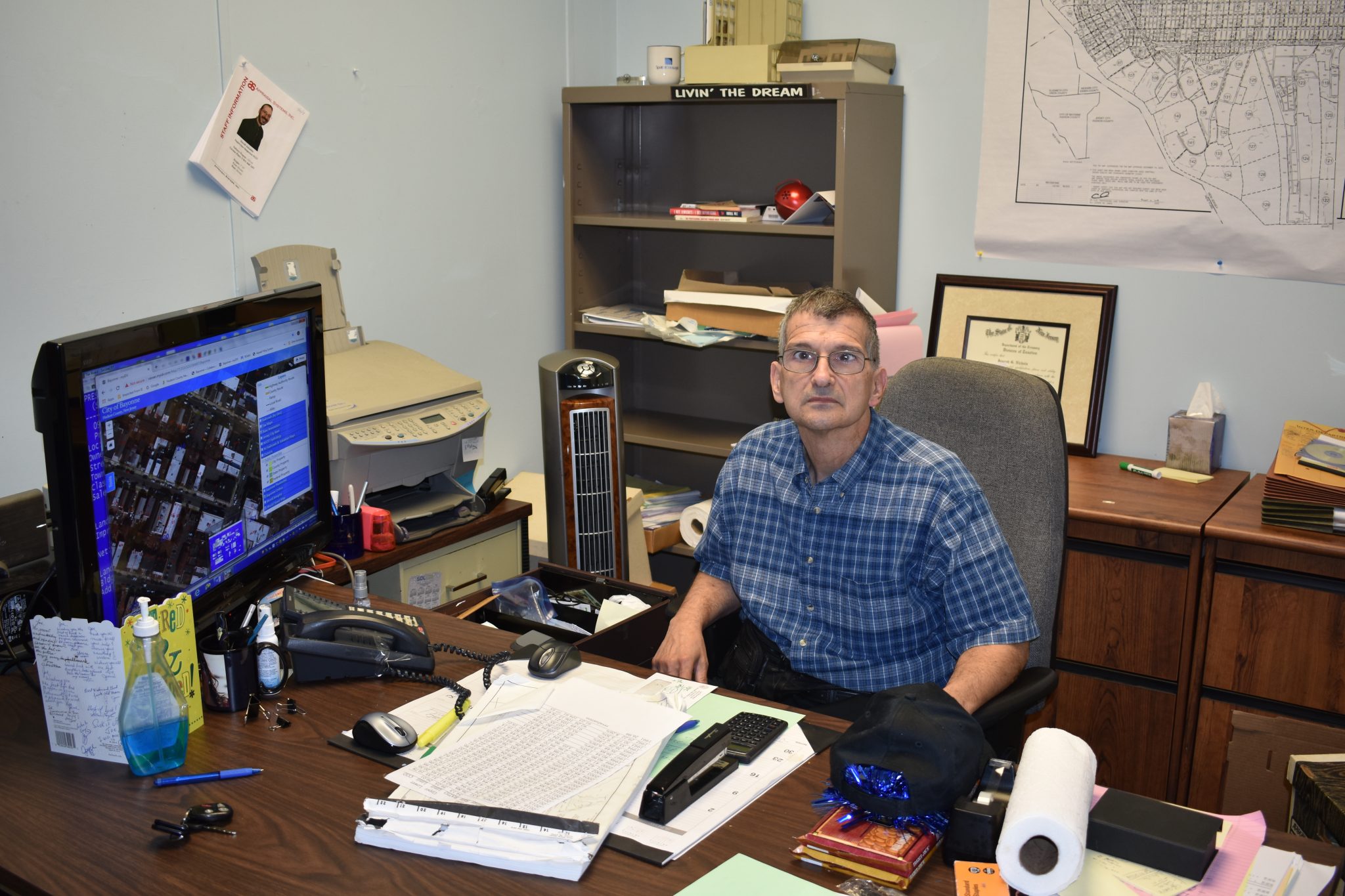 Nichols says he's optimistic about the future of the town.

Joe Nichols, the Bayonne tax assessor, peers at a flat screen television on his desk big enough to display the digital tax maps without forcing him to squint. Each lot on the map represents a revenue source for the city, which he quantifies with a chart of tax rates and coefficients he keeps taped to his windowless, back-office wall.

Nichols, who worked as a longshoreman on the former Military Ocean Terminal while attending law school, started as the city law director before becoming the tax assessor in the late 1990s. For the last two decades, his job has been to assess the market value of properties in Bayonne and calculate the owner’s tax bills.

But Nichols is also cognizant of what his digital maps don’t show – the people, the families who live in those homes and who have to pay those tax bills.

“It’s hard when you see people with a difficult time bearing the tax load when their assessment is correct. Seniors, the poor, it’s not easy for them,” said Nichols, who is retiring at the end of June after 25 years at city hall. “The most challenging stretch of time was the financial crisis. People were under water on their mortgages. They owed more on their house than they could sell them for. So, we had a lot of panic sells. They were doing short sales, where they were offering their deed to the bank for less than the house was worth and hope the bank doesn’t sue them for the rest.”

Nichols had a front row seat on the human cost of the financial crisis. It took an emotional toll on him, even though he’s developed thick skin. Seeing those human costs exposed systemic issues to Nichols, who wishes municipalities did not have to rely solely on property taxes and could raise income taxes, too.

“If you get sick, you can’t work, your property tax bill stays the same,” said Nichols. “With income, your tax goes down when you’re not working.”

It’s easier now, too, as home values in Bayonne are at all-time highs. Still, Bayonne’s tax rate has increased by over 20 percent since 2010. For those whose incomes haven’t increased with their tax bills, it can cost too much to live here.

“We hear from the unhappy taxpayer and we sympathize with them,” said Nichols. “Ultimately, our job is to assess the value of the property, not set the budgets.”

Nichols oversees the assessment of every property in the city. When the state ordered Bayonne to conduct a citywide revaluation for the first time since the early 1990s, the responsibility fell largely on Nichols, who led an effort to create digital tax maps. He also helps facilitate tax appeals when a property owner feels their property’s assessment was too high.

He’s optimistic about the city’s future

“The upside of this job is much bigger than the downside. I’m from Bayonne and I got to watch the city transform,” said Nichols. “We’re the only town that names our empty lots. I see that change is necessary and I’m optimistic for the future of this town. It’s frustrating, because progress is always slower than hoped for.”

Nichols is retiring to spend time with his wife of 39 years, Kathy, and to deal with medical issues. The deputy tax assessor, Michelle Hennessy, who worked as the tax assessor for Jersey City for 20 years, will be taking his place. Nichols calls her “one of the best in the state.”

Technological advances took place during Nichols’s time as tax assessor, and he expects the next 20 years to see more change that will make the job easier and more efficient.

“The advent of new technology has changed the assessing world quite a bit. With the availability of mass data, it’s easier to categorize sales,” said Nichols. “In the next 20 years, I see more assessing in real time. The challenge will be maintaining that data. You can make revals easier, going forward. I think there will be more frequent revals, with more computer assistance.”

Fourteen students lost their homes in Bayonne blaze on Kennedy