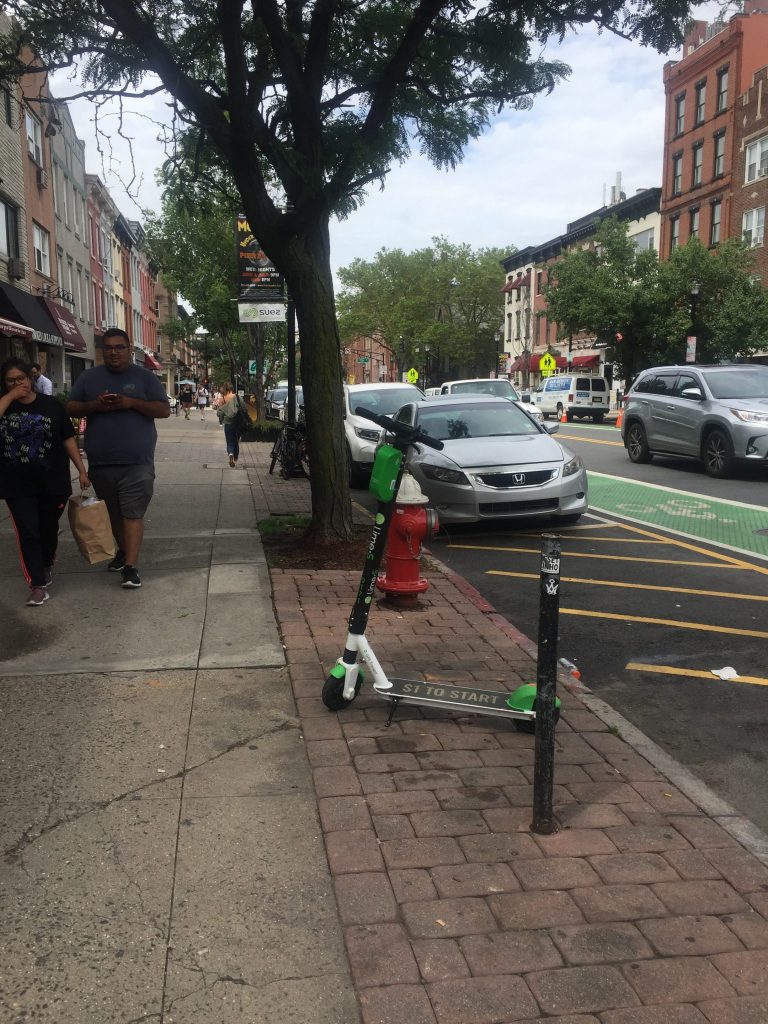 Hoboken as reached more than 100,000 rides since the program launched at the end of May.
× 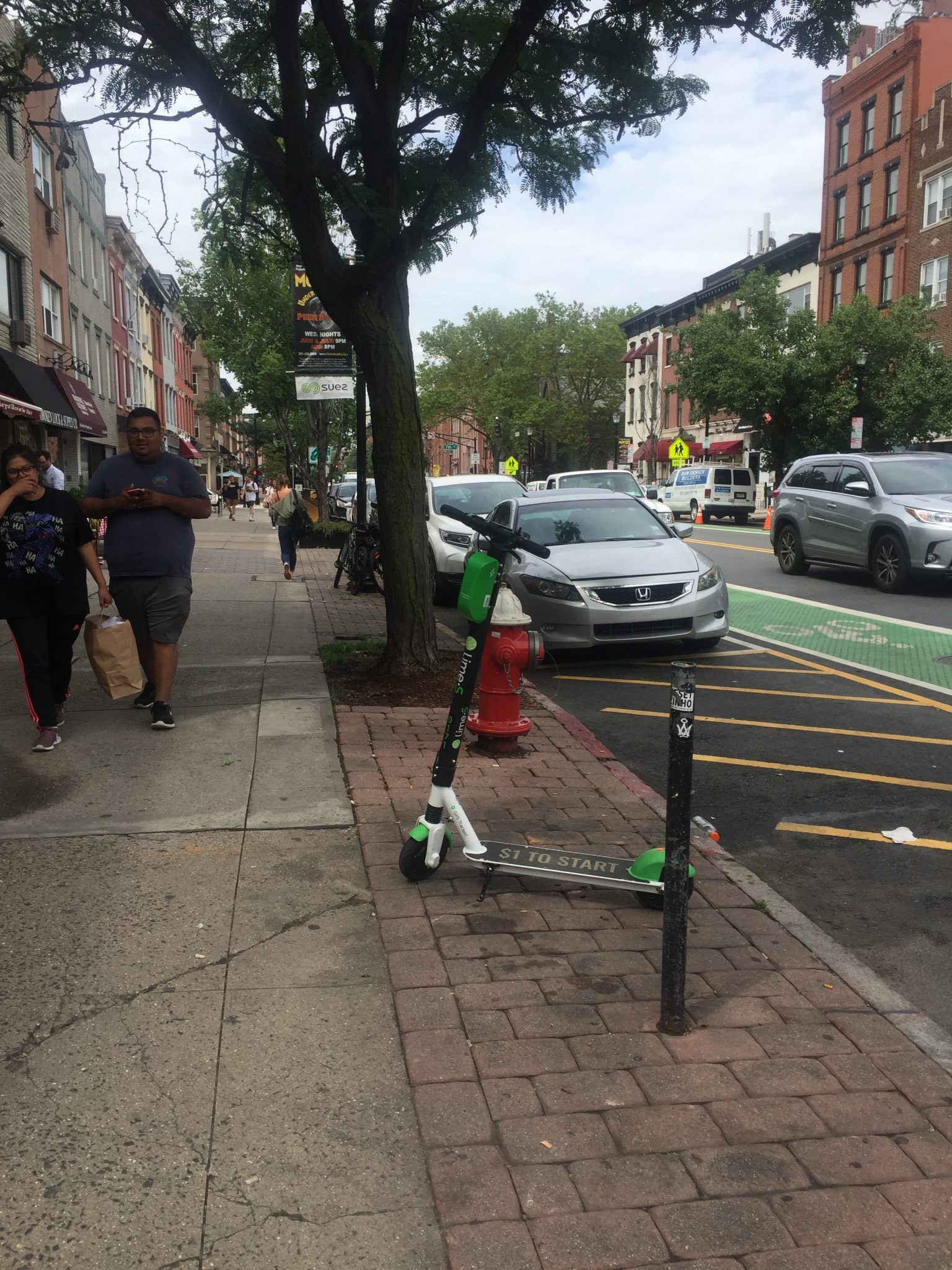 Hoboken as reached more than 100,000 rides since the program launched at the end of May.

Hoboken officials are debating whether to present the public with a referendum asking their verdict on the e-scooter experiment underway in the city.

The proposal had been rejected by a council majority at the end of June.

The nonbinding referendum, which would appear on the Nov. 5 ballot, would ask voters if the city should allow e-scooter-sharing entities to operate within the city.

The city’s six-month e-scooter-sharing pilot program, which offers roughly 300 Lime and Ojo scooters for public use, is due to end in October.

Since the program launched some council members and members of the public have expressed concerns about safety and enforcement.

The council has passed laws permitting e-scooter use in bike lanes because they are banned from sidewalks. It has established fines for those who break the laws. The hours of operation have also been changed to curtail scooter-riding while under the influence.

The referendum had been proposed by council members Emily Jabbour and Jim Doyle in an ordinance introduced at the June 27 special meeting of the city council. It was rejected in a vote of 2-5. Council members Tiffanie Fisher, Ruben Ramos, Jen Giattino, Vanessa Falco, and Michael Russo voted against it.

This week Mayor Ravi Bhalla asked the council to reconsider posing the question to the public on the Nov. 5 ballot, charging that e-scooters are a “polarizing and challenging issue for Hoboken.”

But Second Ward Councilwoman Tiffanie Fisher said the city needs to act sooner than that.

“I strongly believe we should be governing by listening to the voices of more residents, not stifling an opportunity to gather input on an issue through a fair and democratic method,” said Bhalla. “Whether the City of Hoboken continues to allow e-scooters is not just a mundane question of governance, as we are one of the first municipalities in the region to pilot the program, and the end result could have an impact broadly across the state and region. This is all the more reason why residents should be heard. I respectfully ask the five members of the council who voted against the legislation to reconsider their position and allow residents to weigh in at the ballot box.”

Fisher, who voted against the introduced ordinance, said the city can’t wait until November.

”Since day one of the e-scooter program roll out, the city has struggled to effectively address the critical safety and enforcement concerns that have been plaguing our streets,” Fisher said. “We need to be gathering information from residents, hearing their voices, and acting today. We cannot wait until November. This is what we were elected to do.”

Fisher said she will introduce an ordinance at the next city council meeting on July 10 to “stop irresponsible riding of e-scooters on our crowded waterfront” as a result of what she’s seen and heard from constituents.

“Now is our opportunity to continue working together to address the safety and economic concerns together to make e-scooters work, or not, for Hoboken,” she said.

He said, “Mayor Bhalla, the City Transportation Department, and the Hoboken Police Department continue to work diligently with the e-scooter companies to improve the service and make it safer for all riders and residents. This will undoubtedly continue in the months ahead. This non-binding public question is one of several considerations Mayor Bhalla proposes the city takes into account to evaluate the program’s future. It would be unfortunate if the council prevented this public and democratic process from occurring.”

According to state statutes, for the referendum to appear on the November ballot, it must be approved by the city council and submitted to the County Clerk before Friday, Aug. 16.

This means the council would have to approve the referendum ordinance by the Aug. 7 council meeting.

According to a press release from Lime, Hoboken has reached more than 100,000 rides since the pilot program launched at the end of May.

According to the press release from the company, they conducted a survey of Lime’s Hoboken users and nearly a third of all respondents, 28.3 percent, say they would have driven or taken a ride-sharing service for their most recent trip if a scooter was not available.

The survey, which was conducted by Lime over a three-day period between June 12 and 14, received 468 responses. Seventy-one percent of users said that they took scooters to or from public transit in the last month, and 66 percent of users say they have not ridden a bike in the past month.