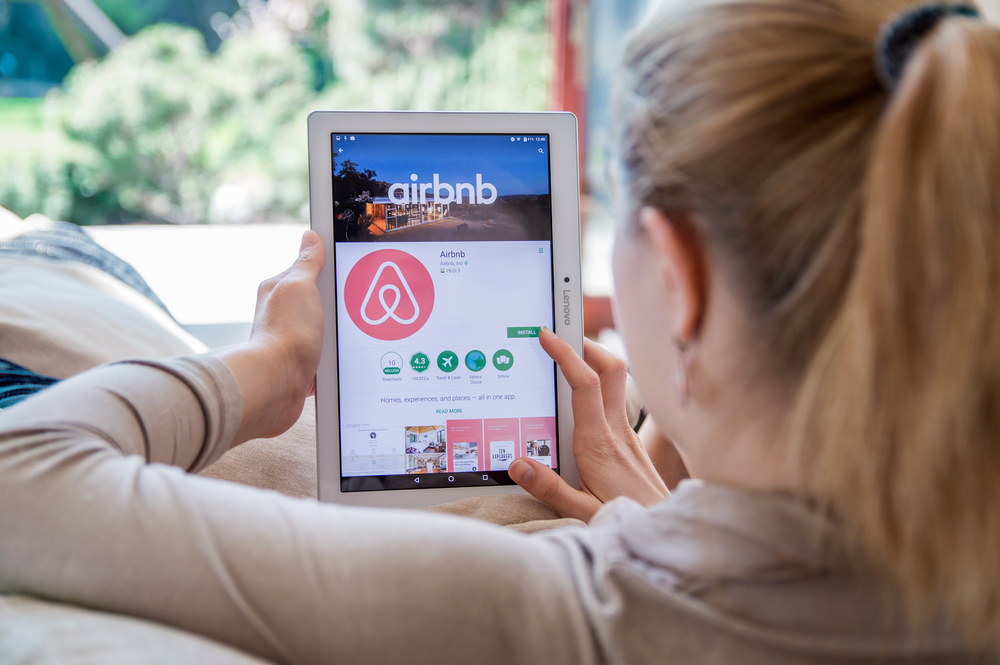 Airbnb and other supporters of short-stay rentals are seeking to reverse a city ordinance limiting the ability to rent short-term.

With canvassers deployed throughout the city, Airbnb is collecting signatures on petitions intended to get a question on the November ballot that would allow voters to decide by referendum whether to reverse the ordinance.

“Given the way this ordinance passed into law, the feedback we’ve heard from our community, and the disparate impact of the regulations on communities across Jersey City, Airbnb is supporting the short-term rental community’s effort to launch a referendum campaign to repeal the ordinance,” said Liz Debold Fusco, a spokesperson for Airbnb. “This will begin by collecting the required number of signatures from Jersey City voters to qualify for a referendum.”

A poll taken by Airbnb questioning about 374 Jersey City residents shows strong opposition to banning short-term rentals, according to the company.

Jersey City officials, however, said the ordinance adopted in June does not ban short-term rentals, but imposes regulations and restrictions on what the city sees as “an out-of-control” rental market that has allegedly created a shortage in long-term rentals and has caused long-term rental rates to rise.

Airbnb and other advocates of short-term rentals claim the city does not have adequate data to support those claims.

To put the question on the ballot, advocates for short-term rentals are seeking to collect 10,000 signatures of registered voters.

Were their voices heard?

While city council hearings on the ordinance brought out scores of people for and against short-term rentals, Fusco and others claim that short-term rental advocates were left out or ignored in the committee meetings that led to the drafting of the restrictive ordinance.

Mayor Steven Fulop, who proposed the original ordinance in May, said the committee process included all voices. But at least one of the short-term rental advocates reportedly resigned out of frustration, claiming the committee ignored input.

The ordinance the city council adopted in June was a modification of the original ordinance proposed by Fulop. While the ordinance offered a few additional perks to short-term landlords, it largely eliminated large-scale operations by limiting rentals for the most part to owner-occupied residences.

Councilman Michael Yun had proposed an alternative ordinance that would have allowed existing short-term rental operations to continue after Jan. 1, 2020, imposing new regulations only on those operations opening for business after that.

But the city council discarded both of these efforts and determined to force non-conforming operations to cease by January 2021 instead.

To support their position, Airbnb released new data on guests’ arrival in Jersey City over Fourth of July weekend, showing a significant increase over the same weekend in 2018.

They said their data showed local residents made about $680,000 from sharing their properties, dollars that Airbnb claims will be plowed back into the economy, as well money that visitors will spend in local small businesses during their stay.

Jersey City welcomed approximately 6,300 Airbnb guests over July 4th weekend, up from 4,300 guests at the same time last year, an increase of about 47 percent. This included guests from 71 countries. The average daily rate for a listing is approximately $88 per night. The top neighborhood destinations for guests are, in order: McGinley Square, The Heights and The Waterfront.

“Local governments are tasked with representing the needs of their constituents and bettering their communities,” this statement said. “When they fail to do so, constituents want the chance to be heard. That is exactly the situation here in Jersey City, where lawmakers hastily passed an ordinance that will jeopardize the livelihoods of thousands of Jersey City residents.”