A swastika was painted on the "Faces of Bayonne" art installation on 8th Street, which celebrates the city's diversity.
× 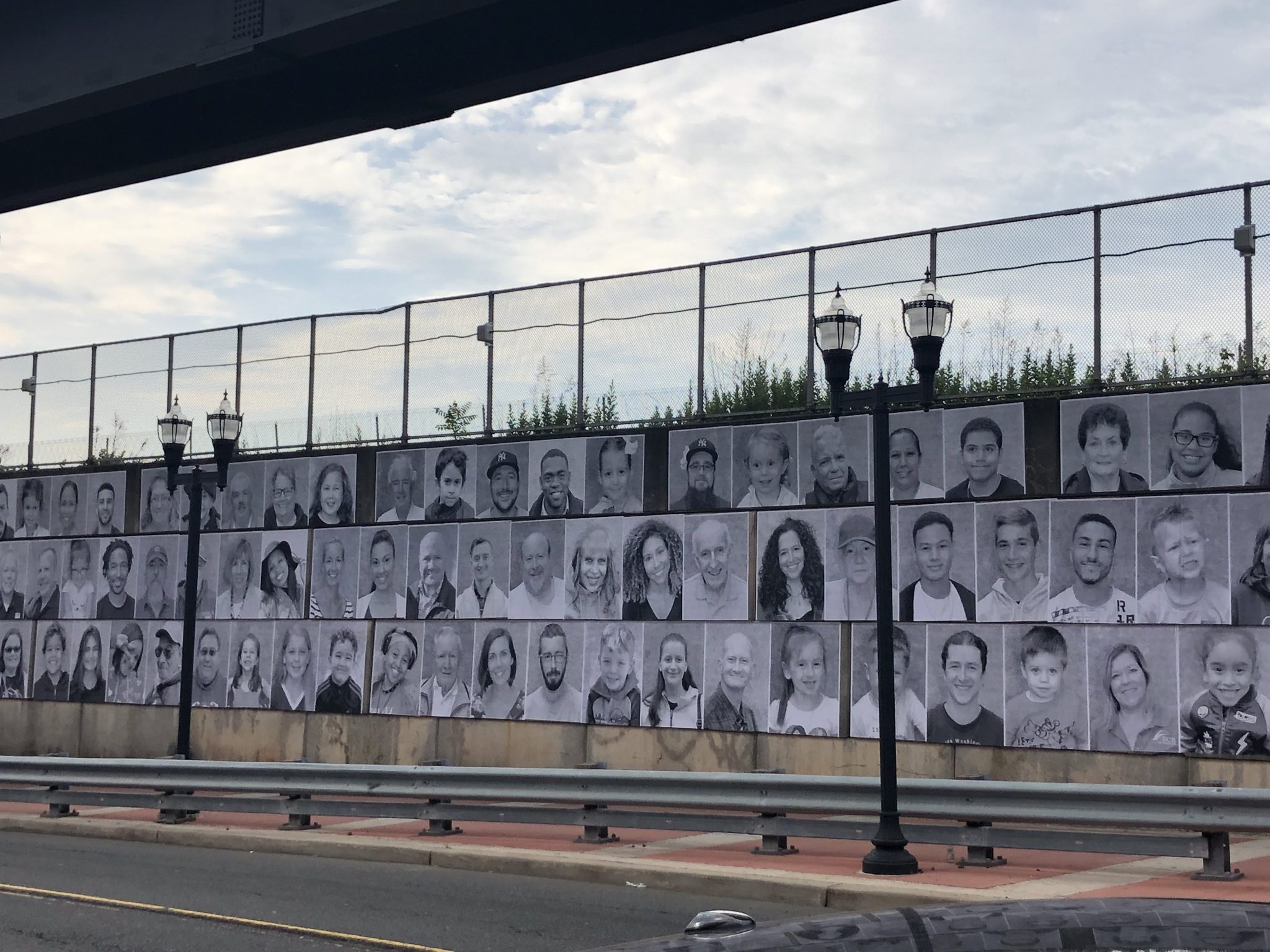 A swastika was painted on the "Faces of Bayonne" art installation on 8th Street, which celebrates the city's diversity.

Bayonne Police recently arrested three teenagers, including a juvenile, and charged them with several counts of criminal mischief, bias intimidation, and conspiracy after swastikas were painted at three locations earlier this month across Bayonne along with the term “Atomwaffen Division,” a U.S.-based neo-Nazi terrorist group.

One swastika was painted on the “Faces of Bayonne” art installation that celebrates the city’s diversity. Another was painted on an aluminum sign at Dennis Collins Park, near the site where a lone noose was hung from a tree in April. Another swastika was found at the 45th Street light rail station.

Several in the community have said they believe the youths involved in painting hate symbols are not connected to a broader neo-Nazi organization and are merely taking out their teen angst with edgy graffiti.

However, the issue of normalizing the language and symbolism of racism seems larger than a few bad apples.

In 2017, nearly 500 hate crimes were reported in New Jersey, a 76 percent increase from the previous year, making up the fourth-highest total in the country, according to FBI crime data.

Bayonne has had its share of expressions of these attitudes and incidents.

In 2016, another teenager painted swastikas outside a place of Muslim prayer on Avenue C. Later that year, when the Muslim community was planning a Muslim Community Center, hundreds of residents came to the meetings to protest that the center was not welcome. Some invoked the idea that the center was somehow connected to Middle Eastern terrorist groups.

Proponents of the Muslim center won a court battle against the city but development of the center has yet to begin.

Meanwhile, political rhetoric on the national level, amplified by cable news outlets, has centered around demonizing people of color emigrating from Latin American countries. The political strategy is an old one: leverage Americans’ anxiety about growing financial insecurity to blame “other” groups, namely black and brown people, for systemic economic inequalities.

One educator in Bayonne focuses on this subject at Bayonne High School. In his class, called “Facing History in Ourselves,” social studies teacher Gene Woods has his students meet with students who don’t share the same identity, such as religious, ethnic, and political identities.

“We come to class and talk about our differences and why do we ‘other’ groups in society,” said Woods. “Why is ‘us’ always better than ‘them’? Do others having rights infringe on our own? We talked a lot about this after Charlottesville, and I think it’s because many of us don’t get the opportunity to talk to the other group.”

He added, “It’s not the majority of the country or the majority of Bayonne who is like this. But our president is giving a voice the people who have had those bigoted feelings. He is okay with saying things like ‘go back to your country.’ It’s emboldening and validating feelings of many in the country.”

‘A lot of education needs to happen’

“I think in general, more needs to be done across the board for cultural understanding,” said Cheryl Mack, co-founder of the Bridge Art Gallery in Bergen Point and curator the “Faces of Bayonne” project. “These symbols are a symbol of hatred and divisiveness. The Faces of Bayonne’s purpose was celebrating the complete opposite, which is diversity and community.” Especially with the young kids, she said, a lot of education needs to happen.

“In general, a lot of the kids don’t understand the true nature and context of these symbols. They see it something edgy, but they don’t understand the deep hurtful nature. We can’t normalize any of this. That’s the greater lesson for the kids and the community. Symbols of hatred are more than graffiti.”

Clarence Hiliard, the president of the Bayonne chapter of the NAACP, is also troubled by the incidents of hate expressions in the city. He criticized Mayor James Davis for not condemning the noose incident sooner and stronger.  He called the mayor’s statement in the July 4 edition of the Bayonne Community News a “poor apology at best and not a strong statement of condemnation.” He fears that without strong condemnation from public officials, hate crimes could escalate.

“The Bayonne Police Department asked me to hold off on making public comments about the recent episode of vandalism with swastikas, in order to avoid jeopardizing their investigation,” said a statement by the mayor. “As a former police captain, I understand the importance of letting an investigation come to a successful conclusion before making announcements about it.”

The mayor thanked the Bayonne Police Department and the New Jersey Transit Police for their “patient and successful investigation. Thousands of Bayonne residents fought against Nazi Germany during World War II. Our community rejects swastikas, nooses, and all other hateful symbols and everything that they represent.”