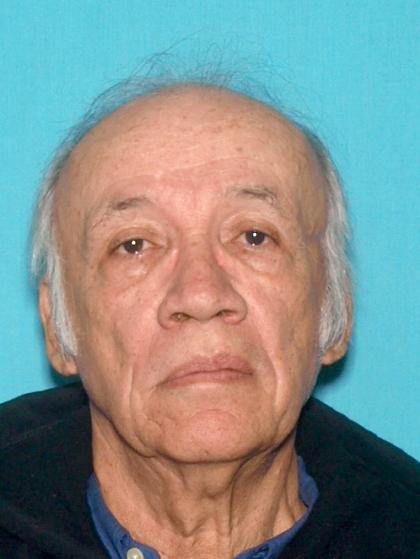 A Jersey City man was sentenced to 15 years in state prison without the possibility of parole for sexually assaulting a young girl and distributing child pornography using an online file-sharing network.

According to an announcement from the office of the New Jersey Attorney General, Jersey City resident Jose Roman, 75,  was sentenced on July 26 by  Superior Court Judge Mitzy Galis-Menendez in Hudson County.

Roman was arrested in 2015 by the Division of Criminal Justice, New Jersey State Police, and Jersey City Police Department.

The investigation began when a detective with the Division of Criminal Justice Cyber Crimes Unit identified a computer address that was sharing numerous files of child pornography on a file-sharing network.

A detective with the State Police Digital Technology Investigation Unit (DTIU) subsequently downloaded 12 files of child pornography from a shared folder at that computer address.

The computer address was traced to the residence where Roman was living in Jersey City.

Roman was arrested on Nov. 17, 2015, when the investigating agencies executed a search warrant at his residence. When detectives entered the residence, Roman was watching a video of child pornography on his computer. Detectives seized the computer, as well as four boxes of DVDs and CDs, which included more than 500 videos of child pornography, representing copies of videos Roman had downloaded online.

Further investigation, conducted with assistance from the Hudson County Prosecutor’s Office, revealed that Roman had sexually assaulted a prepubescent girl.

Roman pleaded guilty on April 16,  to charges of first-degree aggravated sexual assault, second-degree impairing or debauching the morals of a child, and second-degree distributing child pornography (storing or maintaining child pornography using a file-sharing program). He will be required to register as a sex offender under Megan’s Law and will be subject to parole supervision for life.

“As Roman illustrates, there is a real risk that offenders who collect videos of young children being sexually abused will also sexually assault children themselves,” said Attorney General Gurbir Grewal. “That is why we thoroughly investigate any offender arrested for child pornography to determine if there is evidence of such hands-on conduct. This lengthy prison sentence removes Roman from the community so that he can no longer harm children.”

“We are committed to vigilantly patrolling the internet and social media to arrest offenders like Roman, who pose a danger to children because of their deviant impulses,” said Director of the Division of Criminal Justice Veronica Allende. “Protecting children from this type of abuse and exploitation is a top priority of the Division of Criminal Justice and our law enforcement partners.”

“The abuse and victimization caused by Roman is not just confined to the sexual assault he perpetrated. Each time Roman made the decision to share these horrific videos, he continued to inflict pain upon other assault victims,” said Colonel Patrick Callahan of the New Jersey State Police. “Our commitment to pursuing child predators like Roman and bringing them to justice should send a clear message that we will use all of the tools at our disposal to arrest these offenders and protect our most precious resource which is our children.”

Attorney General Grewal and Director Allende urged anyone with information about the distribution of child pornography on the internet – or about suspected improper contact by unknown persons communicating with children via the internet or possible exploitation or sexual abuse of children – to please contact the New Jersey Internet Crimes Against Children Task Force Tipline at 888-648-6007.