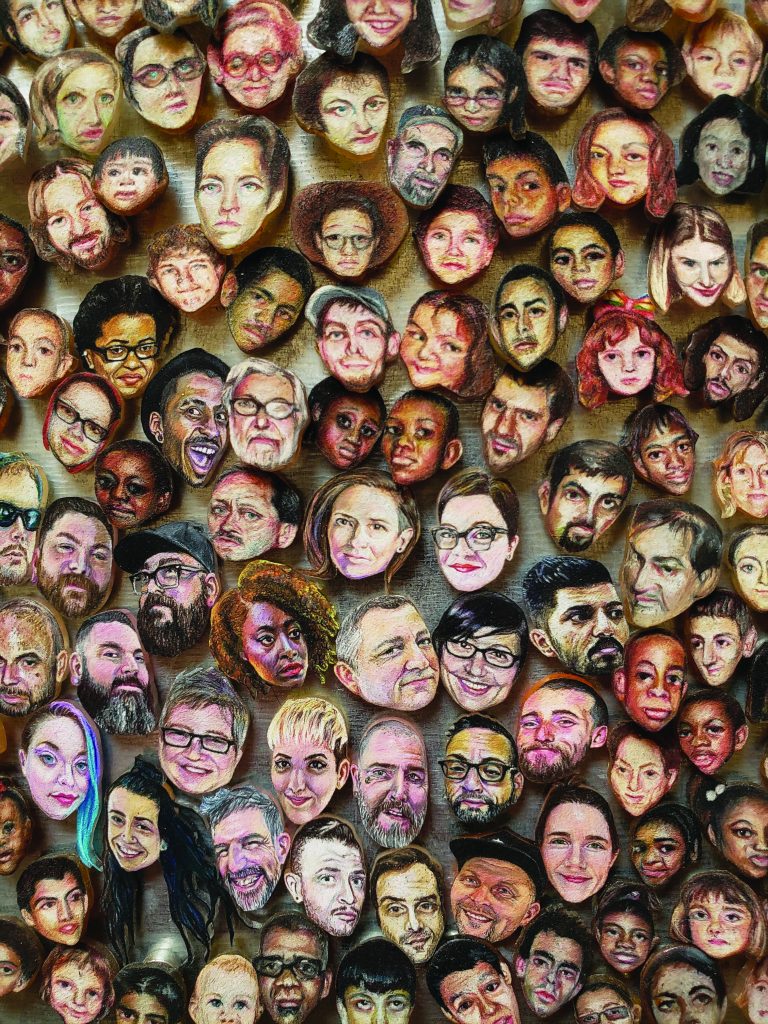 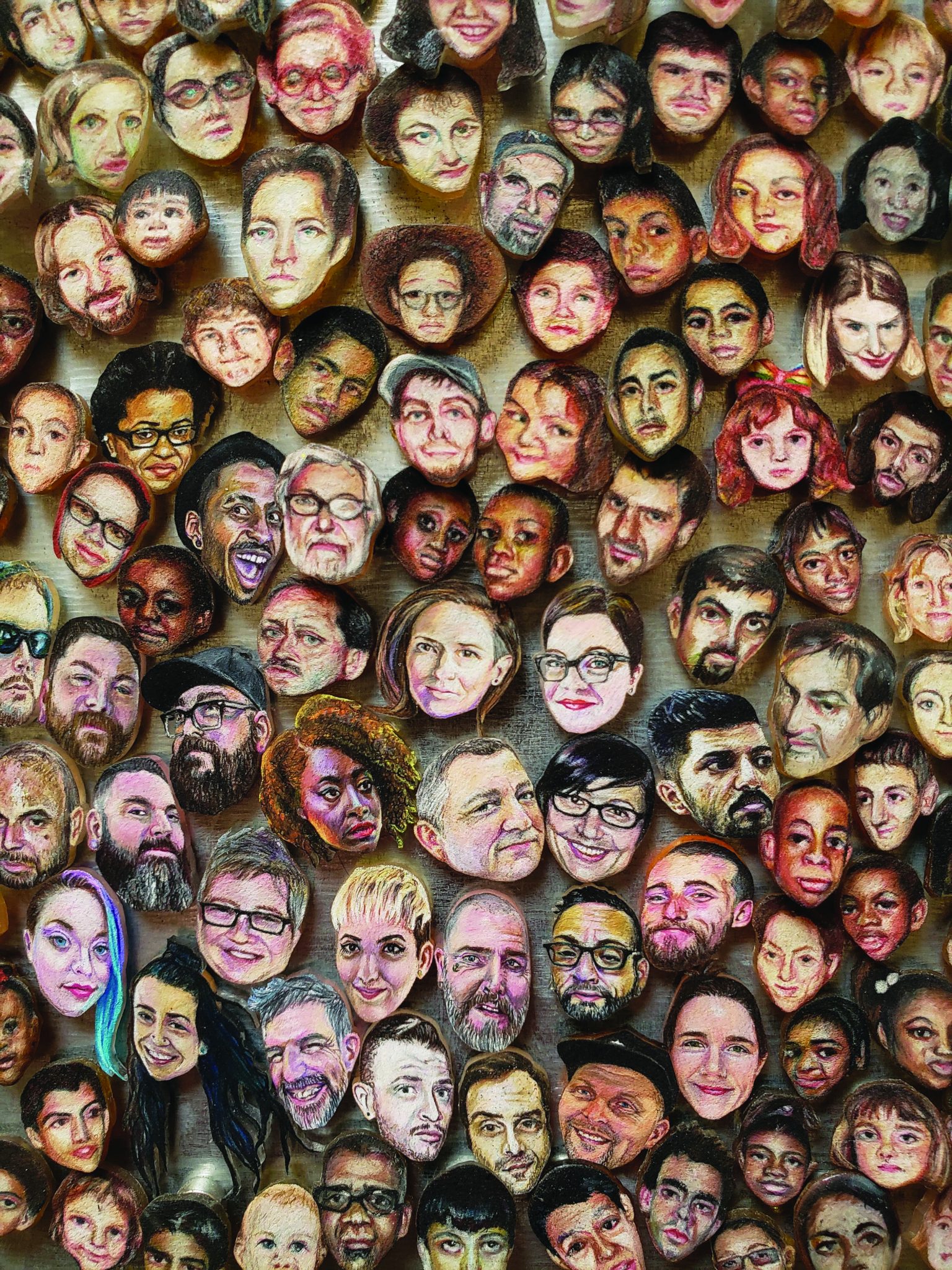 Fifty-four candidates will run for municipal school boards across the county as Board of Education elections will take place in Bayonne, Jersey City, Hoboken, Secaucus, Guttenberg, and West New York, on Tuesday Nov. 5.

In Bayonne three incumbents will run along with 12 other candidates for three three-year terms.

In Guttenberg five people will run on the “Working Together” slate. They are incumbents Rebecca Acosta who is seeking a two-year term, and Trustees Marisol Montanez, Mark Rogers, and Nicole Fundora, who are seeking three-year terms, and newcomer Jean Sosnowski who is running for a two-year term.

They are running on the “For the Kids” slate.

In Hoboken three incumbents are seeking reelection for their seats, which are for three-year terms. They are Jennifer Evans, Sheillah Dallara, and Alex De La Torre.

From Aug. 8 to 11 the Northern Trust, formerly The Barclays, golf tournament will take place at Liberty National Golf Course in Jersey City.

Tiger Woods and Patrick Reed will be joined by the biggest names in the sport, including Brooks Koepka, Rory McIlroy, Justin Thomas, Dustin Johnson, and Matt Kuchar, as they compete for the FedExCup.  The FedExCup is a playoff that will feature the top 125 golfers in the FedExCup standings. Through a process of elimination, the field will narrow to a final few for the last day of the competition.

For more information go to https://www.pgatour.com/tournaments/the-northern-trust.html

Throughout the week the city’s Department of Health and Human Services will visit each market, providing giveaways and distributing information on staying healthy as well as the range of food services the city offers to those in need.

For more information go to https://hudsonreporter.com/2019/08/02/jersey-city-celebrates-national-farmers-market-week/

Hoboken will join thousands of libraries across the country in the 1,000 Books Before Kindergarten program which urges parents and guardians to read 1,000 book to their children before kindergarten.

Libraries are using this program to increase the development of early literacy skills in young children.

The Hoboken Public Library on the corner of Fifth St. and Park Ave. has reading logs.

Participants will receive a prize after every 100 books read.

The kickoff event will be Aug. 24 at 11 a.m. Guest speaker Jenise Sileo, who works in the Sussex County Library System developing and implementing programs that support early literacy components, will address the program’s many benefits to young readers and parents.

The event will include a Workshop for Parents, and a Story Time/Literacy Program for kids.

Sparkman admitted to shooting Foster with a shotgun on Clinton Avenue on July 3, 2017.

The state is recommending a sentence of 18 years in a New Jersey state prison subject to the No Early Release Act and the Graves Act.

NERA would require Sparkman to serve 85 percent of the recommended 18-year sentence before becoming eligible for parole.

Sentencing is scheduled for Oct. 25 before Judge Patrick Arre, who accepted the guilty plea.

For more information go to https://hudsonreporter.com/2019/08/02/jersey-city-man-pleads-guilty-to-aggravated-manslaughter/

According to a press release from the Hoboken Police Department, an Academy Bus employee was arrested after he allegedly threatened a workplace shooting, reportedly because he did not receive a pay raise.

According to the release, Michael Fuentes, 56, of Belleville, was charged with making terroristic threats. On July 13, he allegedly told his supervisor, “You see these shoot ups on T.V. at work, and that is going to happen here soon.”

After speaking to him, his supervisor allowed him to leave work and return home.

Detectives from Hoboken Police Department’s Investigative Bureau began investigating the incident after it was reported on July 24.

Several days later, he was located by the Belleville Police Department and placed under arrest.

He was transported to the Hoboken Police Department where he was processed and remanded to the Hudson County Rehabilitation Center.

Secaucus residents 10 years or older are invited to take part on an environmental boat ride with the Hackensack Riverkeeper on Monday, Aug. 19 from 9-11 a.m.
The eco-cruises travel through the marshes of the Meadowlands and other waterways, and provide participants with an educational tour aboard a 30-foot pontoon boat.
To reserve a space, call 201-865-4422. Limited seating on a first-come-first-serve basis.

One Book North Bergen is a collaboration between the township and the North Bergen Public Library.
Six titles have been selected for each of the reading levels. Sign up to read the one book of your choice and check it out form the library, or download one of the library’s digital copies.

Participants will discuss their reading experiences and attend free parties and events, which will include contests and prizes.
Visit nbpl.org to register. If you need help, see a librarian or email onebook@nbpl.org.
The town-wide celebrations will begin in September.

Hartz Mountain’s plan to construct twin 18-story residential towers at the southern part of Lincoln Harbor is still on hold over concerns about the complex’s height, density, and impact on parking and traffic.
The project has been undergoing public hearings by the planning board for months. Developers requested that the board reach a decision by Sept. 6, but Mayor Richard Turner, who sits on the planning board, believes that the board may continue hearings into October.
The developers granted an extension, before potential litigation could ensue. The site is in a redevelopment zone, and Weehawken’s master plan has no height restrictions in areas the township deems “in need of redevelopment.”
Plans indicate the developer seeks to build about 201 feet high. That’s 40 feet higher than nearby residential or commercial developments.

Hudson County Sheriff Frank X. Schillari has the bipartisan support at the county level, after the Hudson County GOP endorsed his Nov. 5 election bid on July 24.
On July 24, the Hudson County GOP pulled its support for Republican candidate Adela Rohena after she attended a Jersey City school board meeting in June to voice her opposition to the district’s celebrating of LGBTQ Pride Month.
She said she didn’t want to be misconstrued as a homophobe. Her comment was captured on video by Hudson County View.
“Under Article 4, I just noticed that you gave one whole month for these LGBT people, when you just don’t get a whole month to be recognized by the Jersey City Board. You’re praising a whole month of LGBT, but you don’t praise the firefighters or the students for a whole month. You don’t praise a lot of people who need to be recognized by this board.”
“You need to work on your agenda and make it shorter. Give at least a week for the teachers, a week for the students, and give them one day. Why a whole month? Why do they need a whole month? They gonna dance? What are they gonna teach the kids of public schools? What are the kids gonna learn?”
Trustee Gerry Lyons, who is gay, said that Rohena invoked a harmful stereotype in her suggestion to shorten the district’s recognition of LGBT Pride Month.
“The thin skin of prejudice is being peeled away, and now some people think they can say whatever they want about any group of people,” Lyons said. “People could deny it’s racist, homophobic, or anything else, but that’s exactly what it is. When you come out and say that the gays need an extra month so they can dance, that’s offensive.”
After losing the support of the county’s Republican party, Rohena withdrew from the race.

‘We are winning this war’