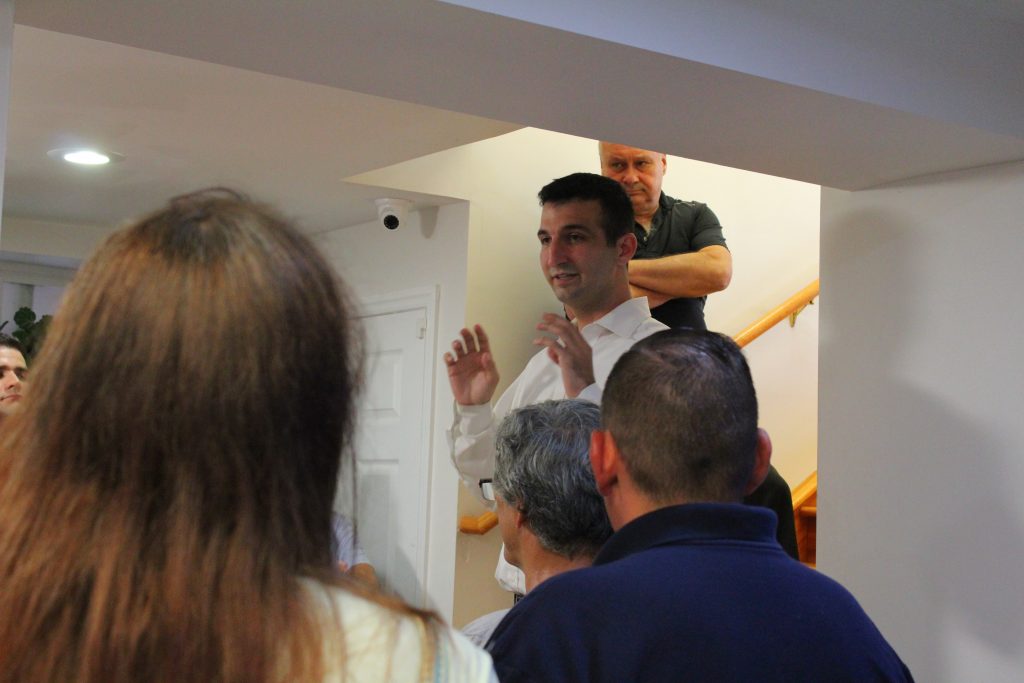 The Bayonne Community News recently caught up with Councilman Neil Carroll III at a campaign event.
× 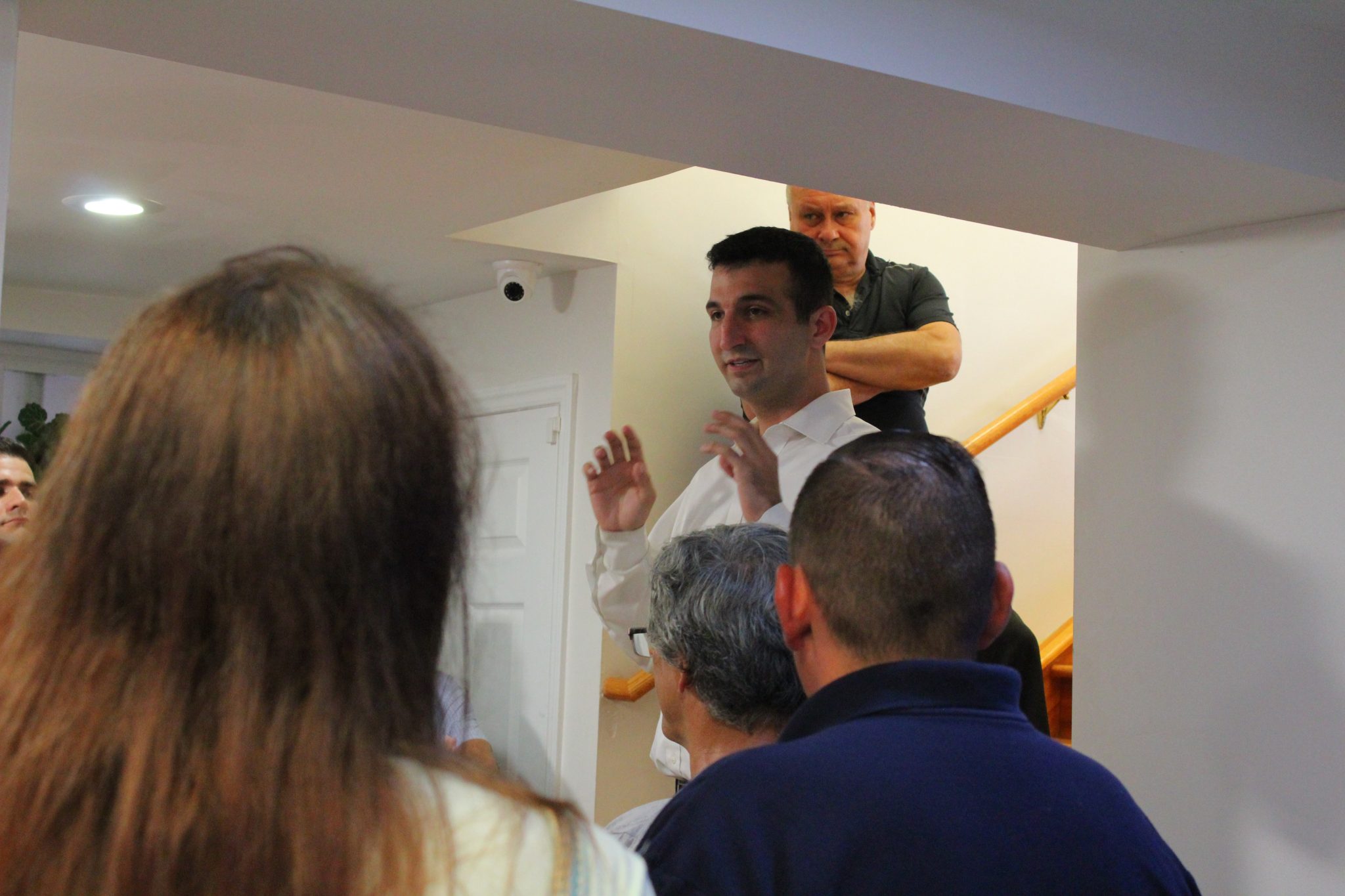 The Bayonne Community News recently caught up with Councilman Neil Carroll III at a campaign event.

Councilman Neil Carroll III, 30, will defend his seat against three first-time candidates: John R. Cupo, a commissioner on the city’s housing authority board; Peter Franco, a frequent critic of Mayor James Davis at Bayonne council meetings; and Paul Hagdorn, a local real estate broker seeking involvement in government for the first time. The slots on the ballot were finalized on Sept. 3.

Typically, Bayonne elections are runoffs, in which two rounds of votes are held. In Bayonne runoffs, voting continues until a candidate achieves a majority, rather than getting the most votes. This year’s contest is a special election, so the winner will be the one with the most votes.

At one of Carroll’s meet-and-greet events, which he plans to continue to hold in his district, he spoke with the Bayonne Community News about his campaign strategy leading up to Nov. 5, and what he hopes to accomplish if he wins.

While Carroll is technically an incumbent, his track record as a councilman is limited to just over 10 months since he was first appointed to replace former First Ward Councilman Tommy Cotter. Cotter stepped down from from the five-member council to become director of the city’s Department of Public Works.

Carroll, a teacher in Bayonne’s school district, was appointed to fill the vacancy out of a pool of 17 candidates. Prior to being appointed, he was an aide to both Hudson County Freeholder Bill O’Dea and Assemblyman Nicholas Chiaravalloti.

So far, all the candidates who declared ahead of the ballot nominations have focused get-out-the-vote efforts on face time with as many residents as possible. Carroll, too, likes to keep his boots on the ground.

“Everybody in the city and the First Ward should expect a fully accessible councilman in me,” Carroll said. “I’m not just a suit. I believe in answering calls, and showing up to people’s houses if they have a problem. An important part of the job is answering the phone. People don’t just want responsibility, they want accessibility. I hand out my cell phone number. Call me young, but I still have hope. I always call back whenever people leave a message, even if I don’t have an answer to every problem. It’s important to let people know we’re working on it.”

Carroll said there are a number of projects he’d like to keep working on if elected.

Traffic safety is a must, he said. Improvements to sign visibility, and finding more municipal parking lots in the First Ward to alleviate the street parking burden are top priorities.

He also wants to expand Bayonne’s arts and culture events. “Festivals and arts programs bring out the community more than anything else,” Carroll said.

Bayonne is among the Hudson County towns that’s experiencing explosive growth in residential and private development. Developers are eyeing sites at the former Military Ocean Terminal, and other areas along the Hudson River waterfront. With so much development, gentrification is a hot-button issue.

Carroll believes residents will see a worthwhile payoff for the tax abatements and other deals the city has made with developers over the years.

“I grew up here and watched nothing happen for a long, long time,” Carroll said. “Now, the developments that are happening may seem daunting, but it’s a necessary way to alleviate certain issues. Our deficit will go down, and we’ll have an influx of new people coming to shop in our stores and eat in our restaurants. The old guard is taking pride in their homes, and the new people that come in help improve our neighborhoods. People are ready to have a community where they have a reason to go outside.”

Living up to a legacy

Now that he’s spent 10 months as an official, Carroll said the most important thing he learned from his grandfather was the willingness to be a point-person between the government and constituents.

“He made me want to become a public servant,” Carroll said. “My grandfather quit a job with Standard Oil Corporation to go into a life of politics and service. He served in the background for 40 years before he was elected to anything. He was the accessible man, and he taught me that what’s important is to be the name and face to connect with. Obviously, he didn’t solve every single problem in 50 years, but he talked to everyone about any issue they had.”