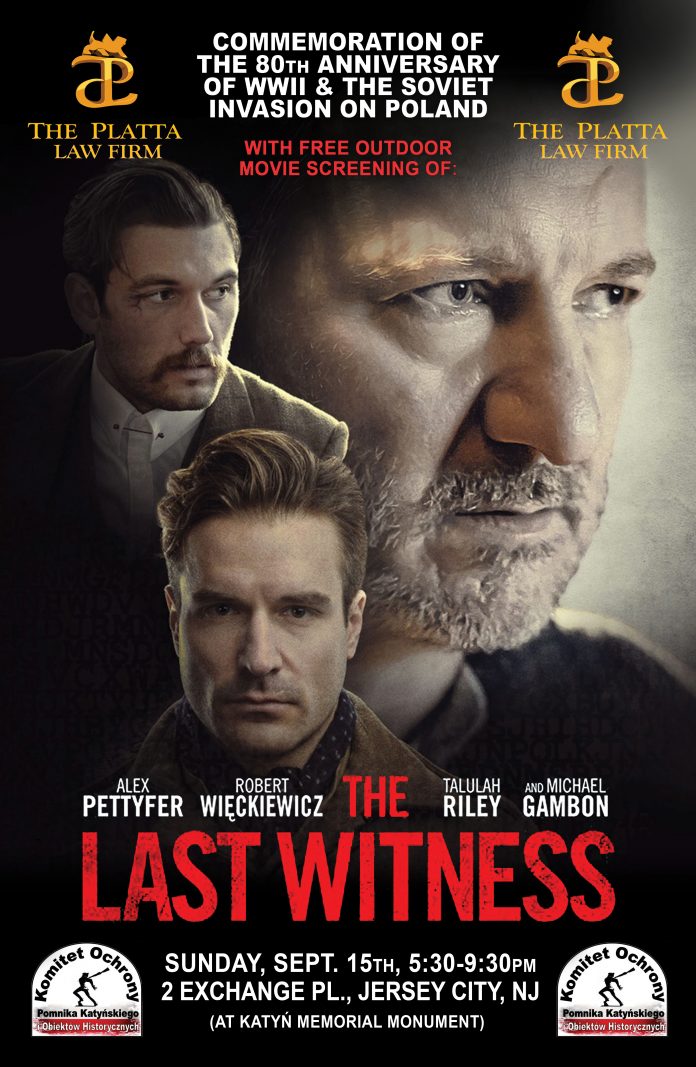 On Sept. 15, the main commemoration of the 80th anniversary of World War II and the Soviet invasion of Poland in 1939 will take place in Jersey City at the Katyn Monument on Exchange Place.

The event will begin at 5:30 PM at a very special place for Polish Americans – the Katyn Monument, which commemorates the brutal genocide carried out by the Soviets on 22,000 Polish officers and civilians.

A war over the historic statue itself, standing against the backdrop of the Manhattan skyline and the Freedom Tower, broke out last year when Jersey City officials intended to move it from Exchange Place to another location. Thus far, the statue by Andrew Pitynski, remains where it was originally placed.

Speeches will be delivered by special guests including American politicians, leaders of Polish organizations, and representatives of the Polish government.

At the same location, after the official part of the event, organizers will screen the movie “Katyn – The Last Witness”, giving a vivid picture of this terrible Soviet crime in which thousands of Polish soldiers, policemen, teachers and clergy were murdered.

“For the Polish people, this tragedy has another dimension,” the organizers said in a release. “It is a dramatic example of how a nation was treated by its allies, who, in the name of greater good, peace at all costs, agreed to a lesser evil and sacrificed Poland during WWII.

“Thankfully, lies cannot be maintained and the truth shall always see the light of day. And this is what the latest film, directed by one of the most famous Polish directors, Piotr Szkopiak, is about. This is a motion picture showing the process of reaching the truth and exposing lies, on which the post-war world order was to be built.”

Guests are encouraged to bring their own seats or folding chairs, as the number of seats will be limited.

“The Katyn Memorial had its fair share of publicity over the past year and I am proud to say that more people, both residents of Jersey City and the Polish-American public, are now aware of the statue’s significant location and plan to hold more events here.” says Slawomir Platta, inviting everyone to the commemorations on September 15th, 2019 by the Katyn Monument in Jersey City.