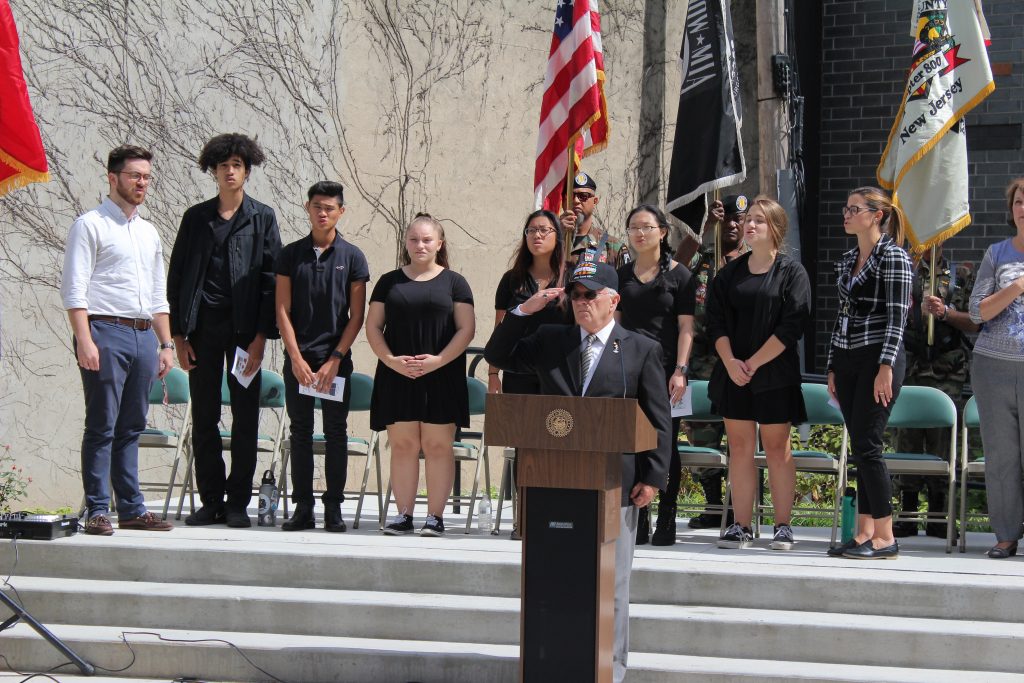 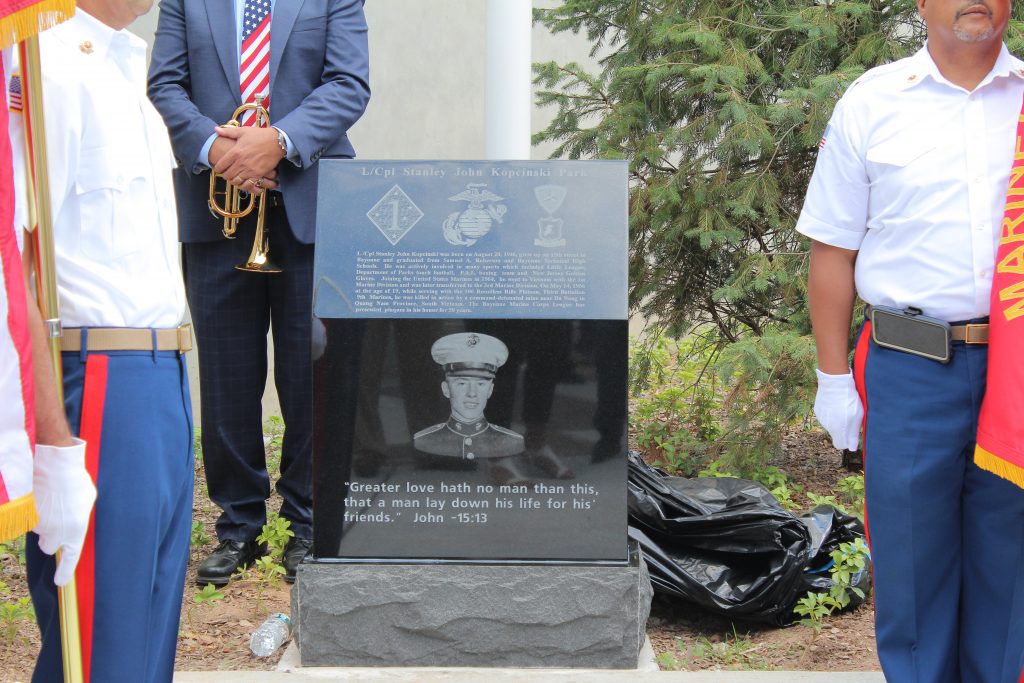 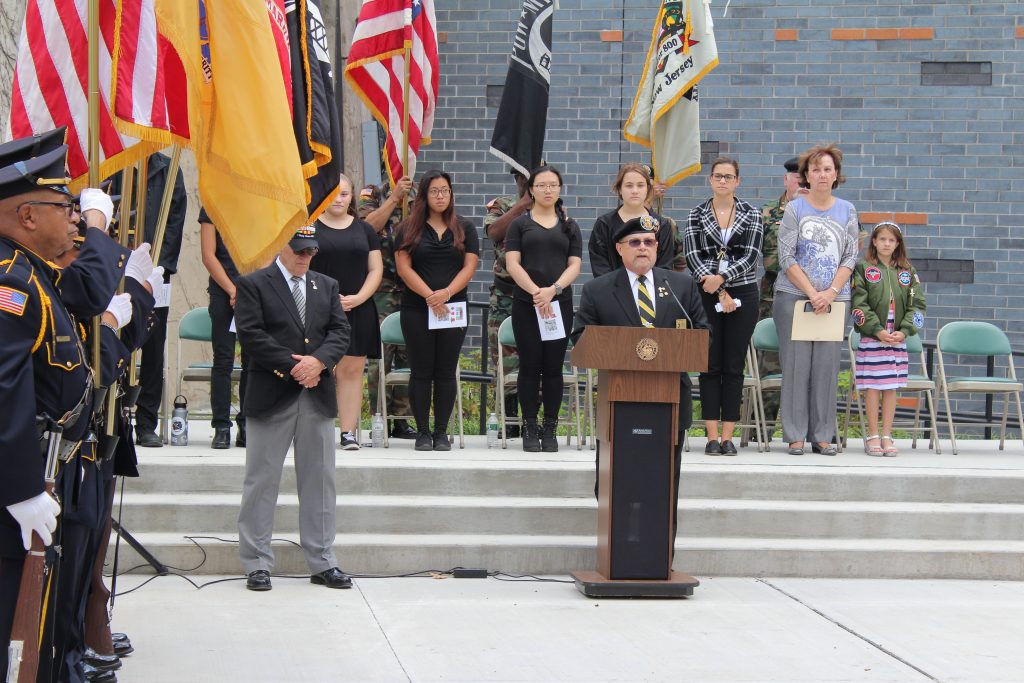 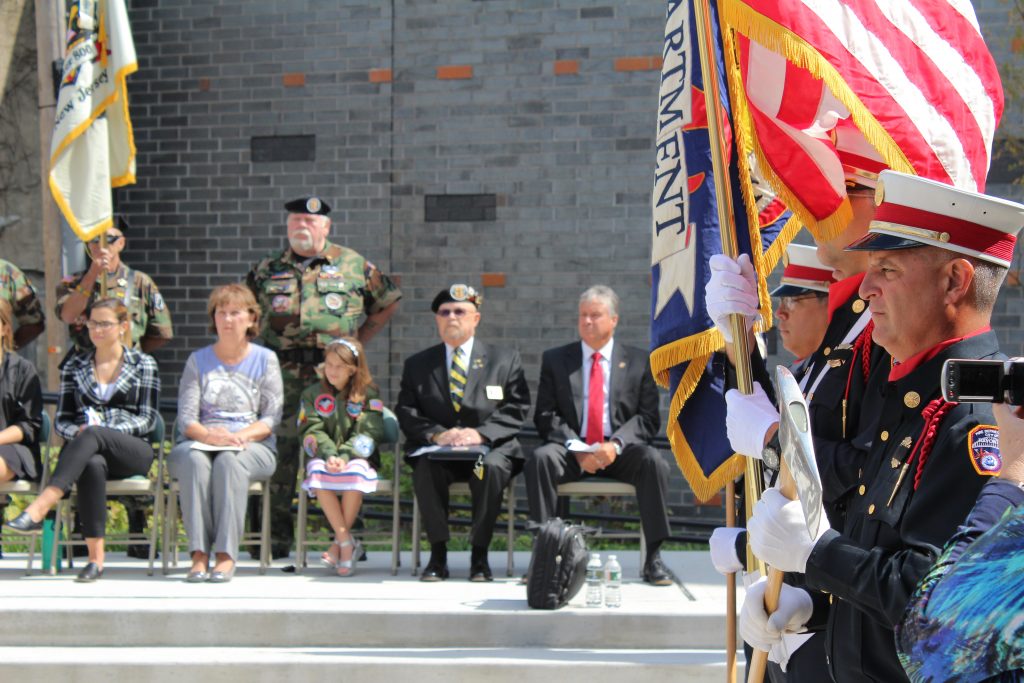 4 / 4
First responders and veteran organizations came out in force to honor one of many fallen soldiers from Bayonne.
× 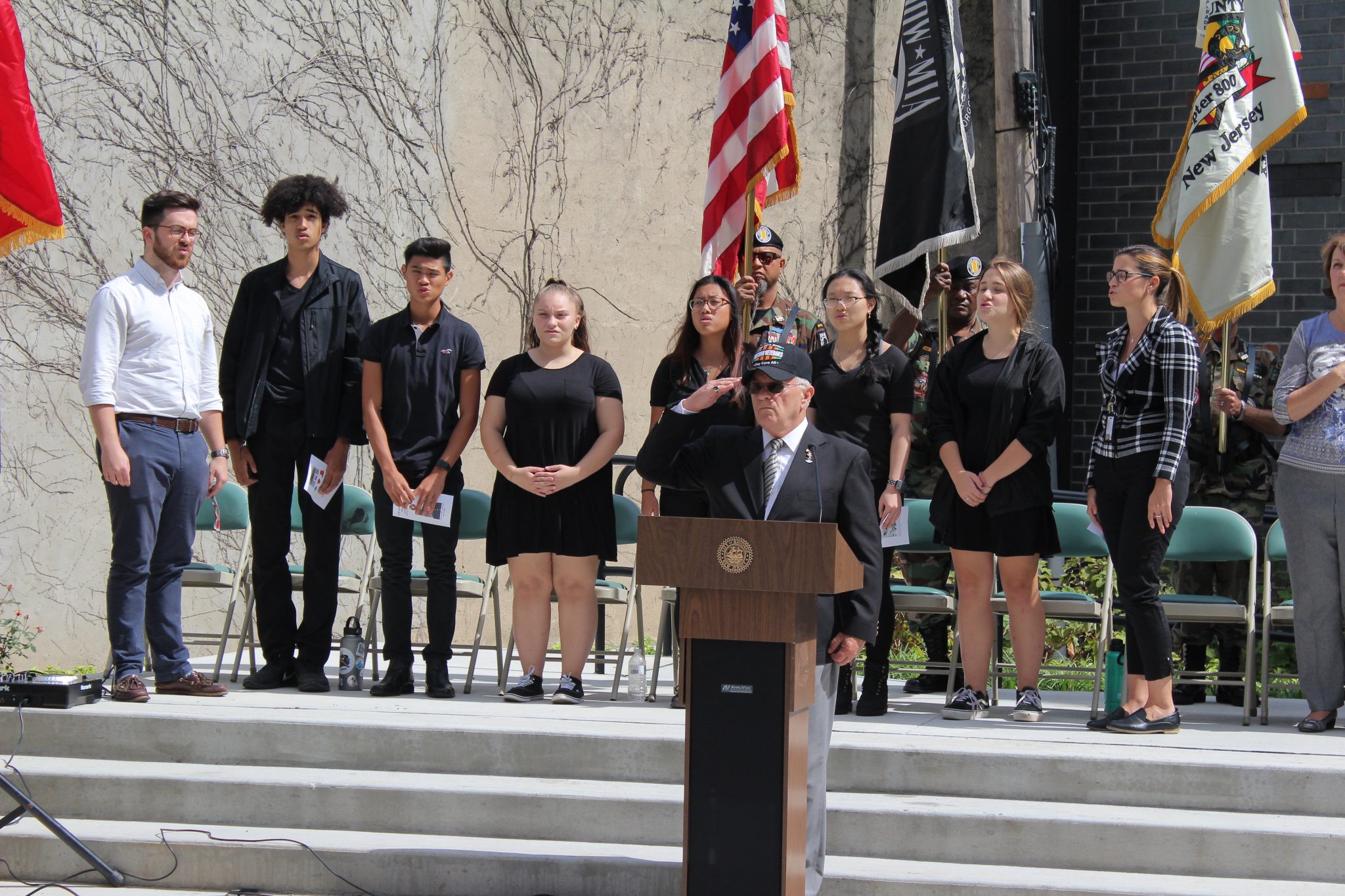 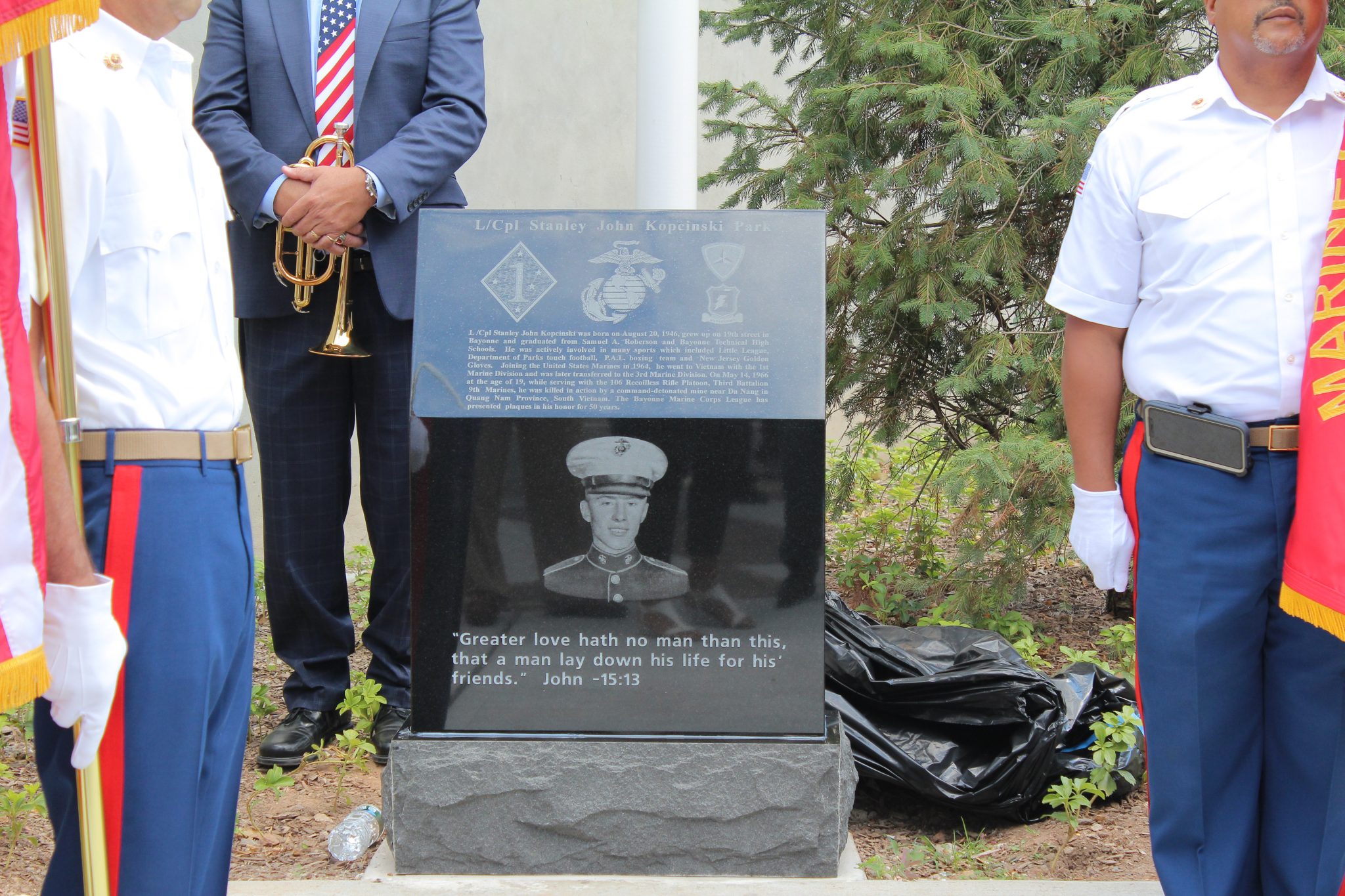 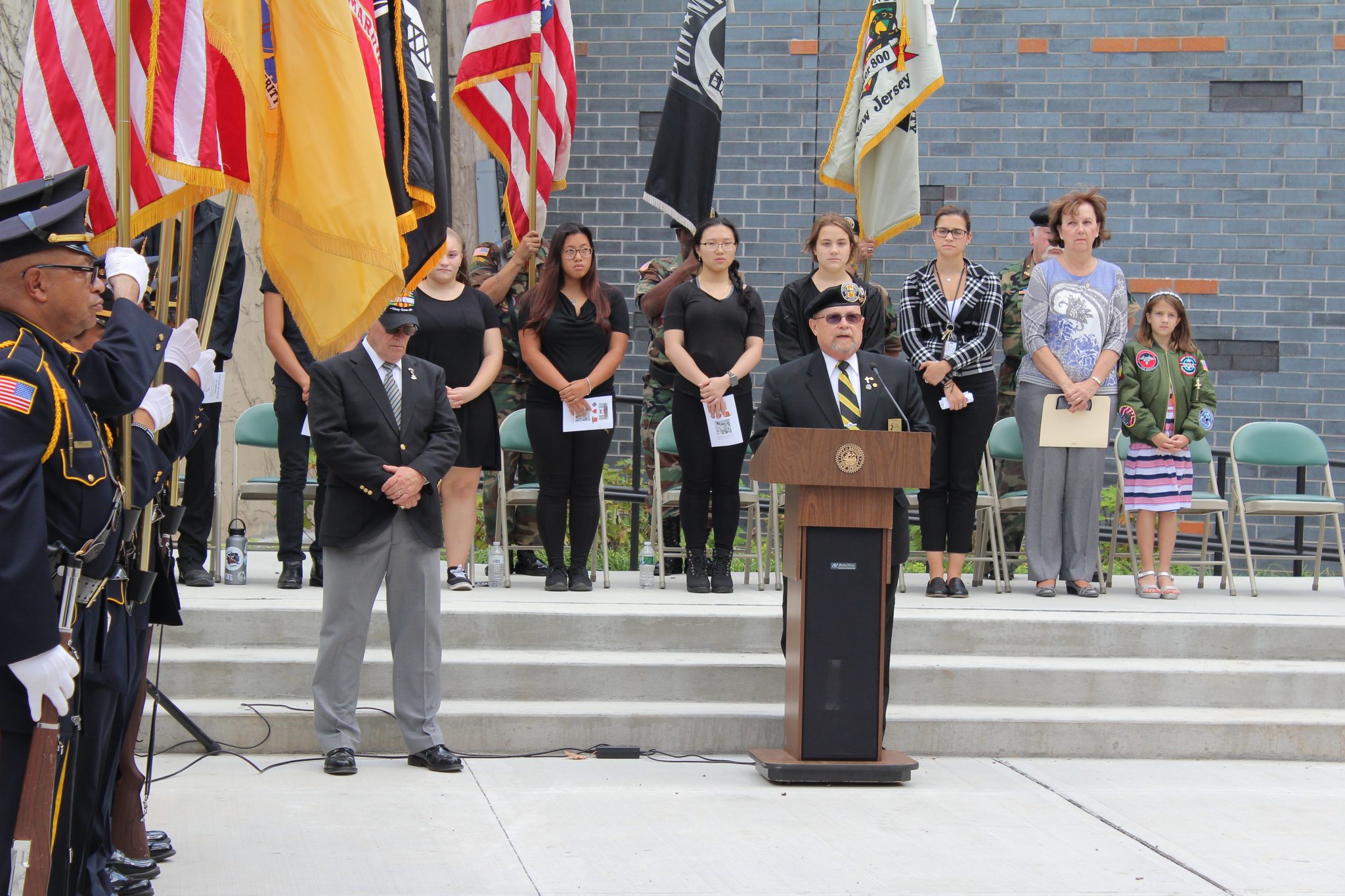 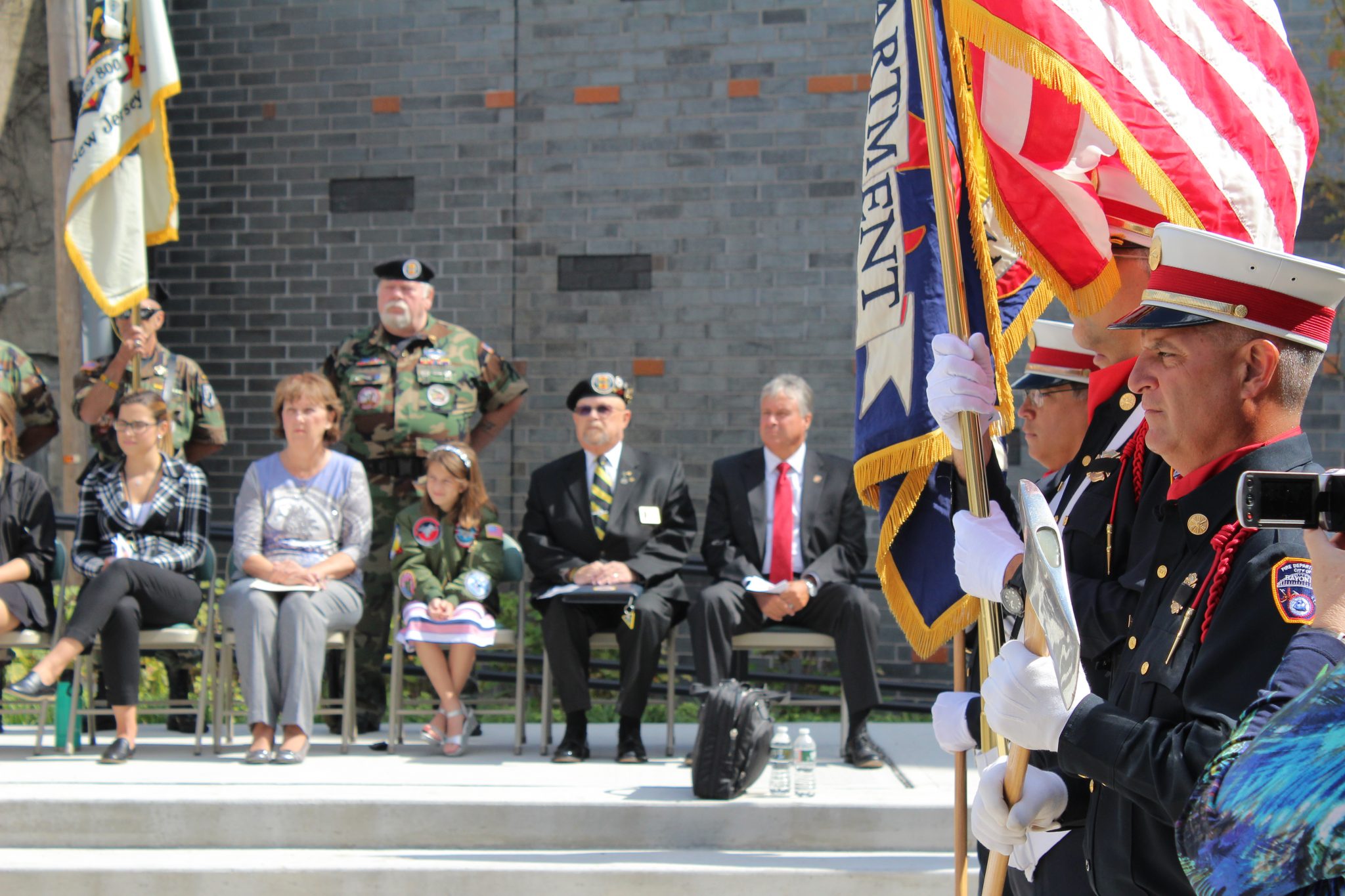 4 / 4
First responders and veteran organizations came out in force to honor one of many fallen soldiers from Bayonne.

A new park on 19th Street and Broadway has been dedicated to Lance Corporal Stanley J. Kopcinski, a Bayonne Marine who was killed in action during the Vietnam War.

The dedication ceremony on Sept. 18 brought out Marines, veterans from the Bayonne American Legion and VFW Posts, and dozens of residents in a show of gratitude for Kopcisnki’s sacrifice. Bayonne lost the greatest number of residents per capita than any other city in the country during the Vietnam War.

Kopcinski was a 19th Street resident his entire life. His best friend growing up, Joseph Kochanski, came up with the idea of dedicating the park to the fallen hero.

Kopcinski was born on Aug. 20, 1946, and graduated from Bayonne Technical High School before joining the Marine Corps in 1964. He was among four service members killed by a land mine which detonated near Da Nang in Quang Nam Province, Vietnam.

Kochanski served as the master of the ceremony, which opened with the National Anthem by the Bayonne High School Bee’s Knees.

“Lance Corporal Stanley John Kopcinski sits at the right hand of eternity in a position of honor he so rightly deserves,” Formola said. “Lord, throughout the history of this great nation you have ensured that there were men and women to stand and protect it. One of those men once said, it is foolish and wrong to mourn men who died, rather we should thank God that such men lived. We do thank God that Stanley lived among us, even for such a short time.”

“Stanley and I were best friends growing up on East 19th Street,” Kochanski said. “Throughout our childhood we boxed at the PAL, and played games of touch football, stick ball, baseball, and basketball using a telephone pole in front of what is now a funeral home. Upon our graduation, we enlisted in the military, and there were no wars going on at that point, but we wanted to do our part. Stanley enlisted in the Marines, and I enlisted in the Army.”

Both Kopcisnki and Kochanski were deployed to Vietnam in 1965.

Kopcinski died on May 14, 1966, along with three other Marines from his unit. The land mine wounded an additional nine Marines.

For more than 50 years, the Bayonne Detachment of the Marine Corps League has bestowed awards in Kopcinski’s honor to numerous veterans and community leaders.

“Stan was a proud Marine who made the supreme sacrifice doing what his country demanded of him,” Kochanski said.

Mayor Jimmy Davis described the event as a moment of gratitude.

“I’ll always remember him smiling and waving after I saw him for the last time.” — Joseph Kochanski

“This kid, and I was his age at the time, was the epitome of a United States Marine,” Joseph Kochanski read. “He was the embodiment of all of those post-World War II, post-Korean War, and pre-Vietnam values that we as a nation so cherished 30 years ago. More than a Marine, he was my best friend.”

He went on, “When we went into combat, it wasn’t as nameless replacements or numbers in some roster, as 98 percent of Vietnam veterans were. We went into combat as a family that lived together and worked together as a team for our entire adult lives. Stanley Kopcinski certainly wasn’t unique because he was killed in action, but he was special. He radiated a sense of raw confidence, self-assurance, and resolve. He was a diamond in the rough who only needed time and example to be polished to his full brilliance.

“I’ll always remember him smiling and waving after I saw him for the last time. That scene has played a thousand times in my mind as part of my Vietnam flashback. Unlike the nightmares of combat that some veterans have, my dreams were always of knowing of Kop’s imminent death, and failing to persuade him not to go on that one last patrol. But Kop, in his inimitable fashion, would just saddle up, grab his gear, and with a wave and a smile leave the sanctity of camp into harm’s way to do his part.”

The ceremony concluded with the unveiling of Kopcinski’s monument, a closing prayer from Formola, and “God Bless America” performed by the Bee’s Knees.