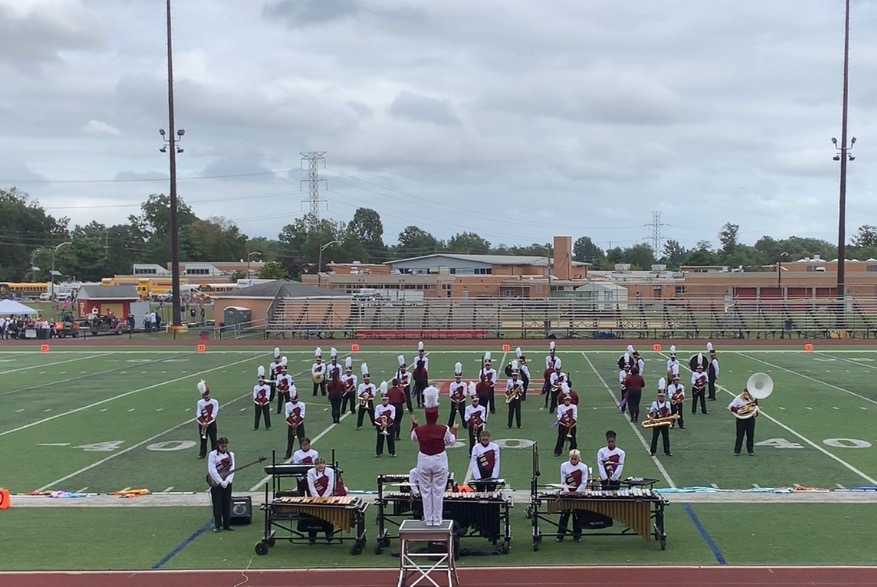 The statewide marching band competition will conclude at the end of the month.
×

The statewide marching band competition will conclude at the end of the month.

The Bayonne High School Marching Band pulled off a clean sweep win at a competition held recently by USBands at the Scotch Plains-Fanwood High School.

Even more impressive was the fact that the band cleared the competition in all three categories (music, visuals, and overall effect) by more than four points in each category. The overall score was 77.45.

The win put some extra pep in the marchers’ steps, as they subsequently won an Espirit de Corps Award at their next competition, which was held at Memorial High School in Jackson on Oct. 5.

Band director Samantha Hitchell said that the award is given to the band that best exemplifies professionalism, pride, discipline, and patriotism. The BHS Marching Band was selected out of a pool of 12 competing bands.

Eyes on the prize

Bayonne’s 2019 marching band has its eyes set on taking home the state championship title. That competition is on the horizon. In the 2018 State Championship, the band finished second statewide, which was their best season in the marching band’s history.

Bayonne’s field show this year is called “Don’t Stop Me Now,” featuring an array of Queen’s greatest hits, which had to be arranged for to a 52-member ensemble.

The musical performance must be virtually flawless to take home the statewide prize amid fierce statewide competition. To make an impact in the visual and overall effect categories, the marchers must choreograph elaborate zigzags and tight formations without sacrificing their instrumental technique.

The marching band’s next seasonal competition will be held on Saturday, Oct. 19, at Robbinsville High School. Just eight days later, the band will take on the top statewide contenders at the USBands State Championship in Glassboro, which will be held on Oct. 27.

This year, Bayonne will take on 41 high school marching bands from throughout New Jersey.