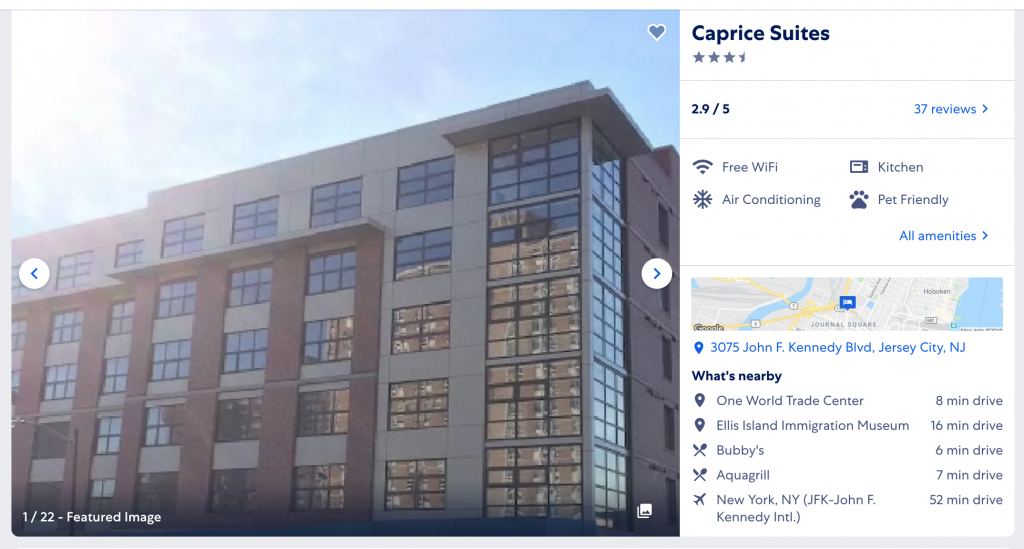 As of Friday, the property could still be booked for $135 to $180 per night on hotel booking websites.
× 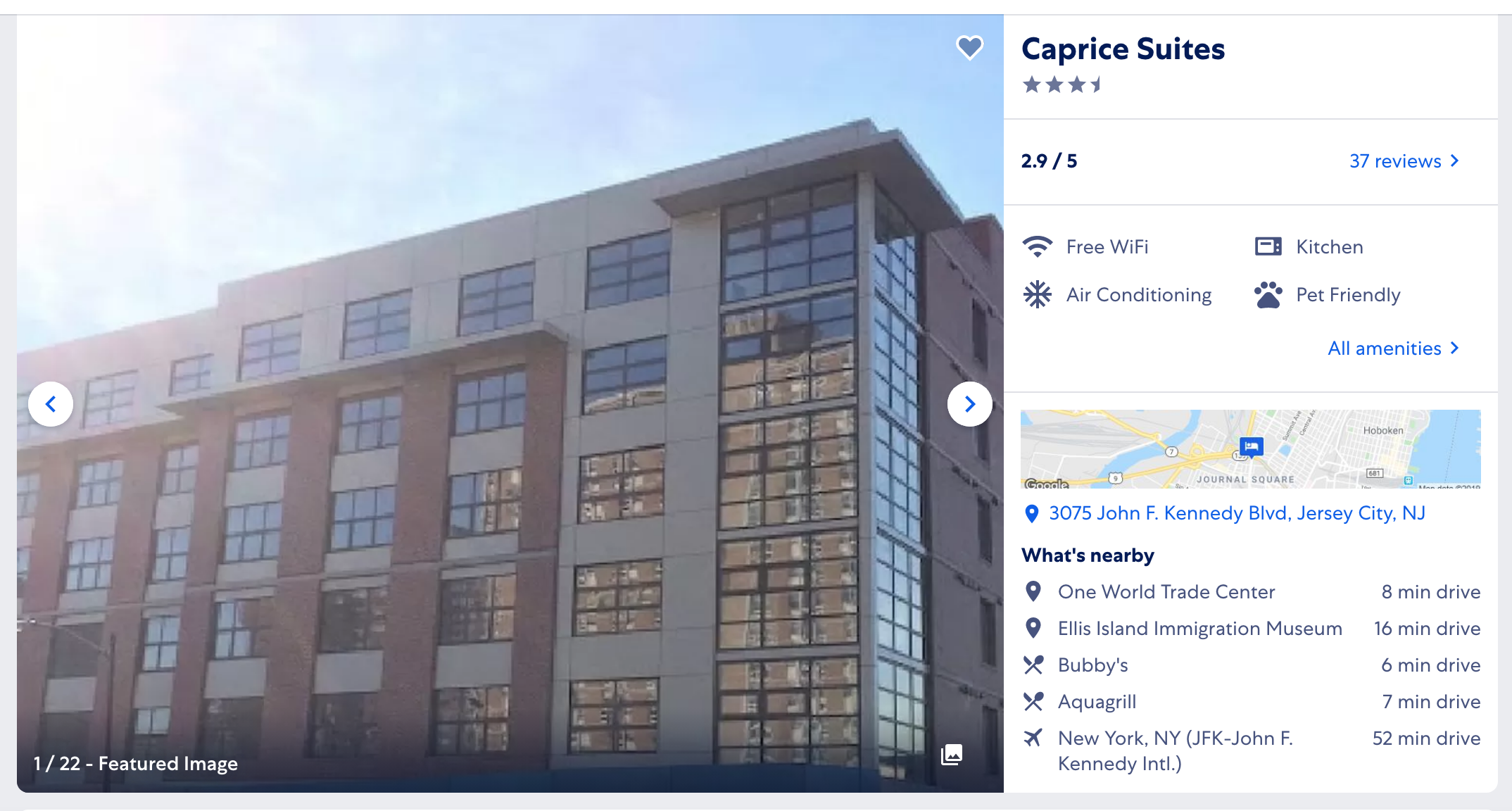 As of Friday, the property could still be booked for $135 to $180 per night on hotel booking websites.

According to Jersey City officials, an 83-unit complex in Journal Square has been operating as a hotel in violation of a 2013 tax abatement agreement with the city.

The city’s Division of Taxation put the developer Chosen Condominiums Urban Renewal on notice in an Oct. 16 certified letter claiming the developer’s property at 3075 John F. Kennedy Blvd. has been operating as the “Caprice Hotel,” instead of the market rate residential rental complex they said they would build in 2013.

In 2013, the City Council approved a 12-year tax abatement for 3075 John F. Kennedy Blvd. with the goal of incentivizing new residential development in Journal Square.

According to the ordinance, which was approved 8-0 in May 2013, Chosen Condominiums Urban Renewal would construct a total of 83 market-rate residential rental units with 3,700 square feet of commercial space and a garage with 19 parking spaces, contribute $130,050 to the city’s Affordable Housing Trust Fund and pay $143,180 to the city as an Annual Service Charge in exchange for the 12 year tax exemption.

According to the city, operating this development as a hotel has deprived the city of adding more housing units to the already limited housing supply.

“The city hereby declares Chosen to be in default of the Financial Agreement and instructs Chosen to cease and desist the operation of a hotel at the premises immediately and to submit all reports required by section 7.2 of the Financial Agreement within Thirty (30) days from the date of this letter, otherwise the city will terminate the tax exemption granted to Chosen and the property owned by it will be returned to the conventional tax rolls,” states Ernest Broja in the Oct. 16 letter.

As of Friday, units at the “Caprice Hotel” also called “Caprice Suites,” were still available on hotel booking websites ranging from $135 per night to $180 per night.

This is the third default declared on a tax abated property this year, and the “first from the developer operating an illegal hotel” according to a press release from the city, which added that it is the latest in a series of tax abatement crackdown efforts by the administration, including several projects which have been fined, and in some cases, have had their abatements terminated for violations ranging from failure to file requisite compliance documents to unfulfilled local hiring requirements.

Mayor Steven Fulop used this as an example as to why residents should vote yes on Municipal Question 1 on the Nov. 5 ballot, which would approve additional regulations on short-term rentals.

“Had Chosen been honest with the City Council, the tax abatement would have been structured differently, and the neighbors in the area would have been made aware of the 83 strangers moving in and out daily right next door, impacting the entire neighborhood’s quality of life and safety,” said Mayor Fulop. “This is just another example [of] why Airbnb needs regulations.”

Members of the short term rental community opposed the ordinance and successfully put the ordinance to a public vote by referendum by submitting 2,406 petitions with approximately 19,656 signatures.

Last week, the internet association released a report stating short term rental in Jersey City has created an additional $40 million in economic activity through bookings for the city and its residents.