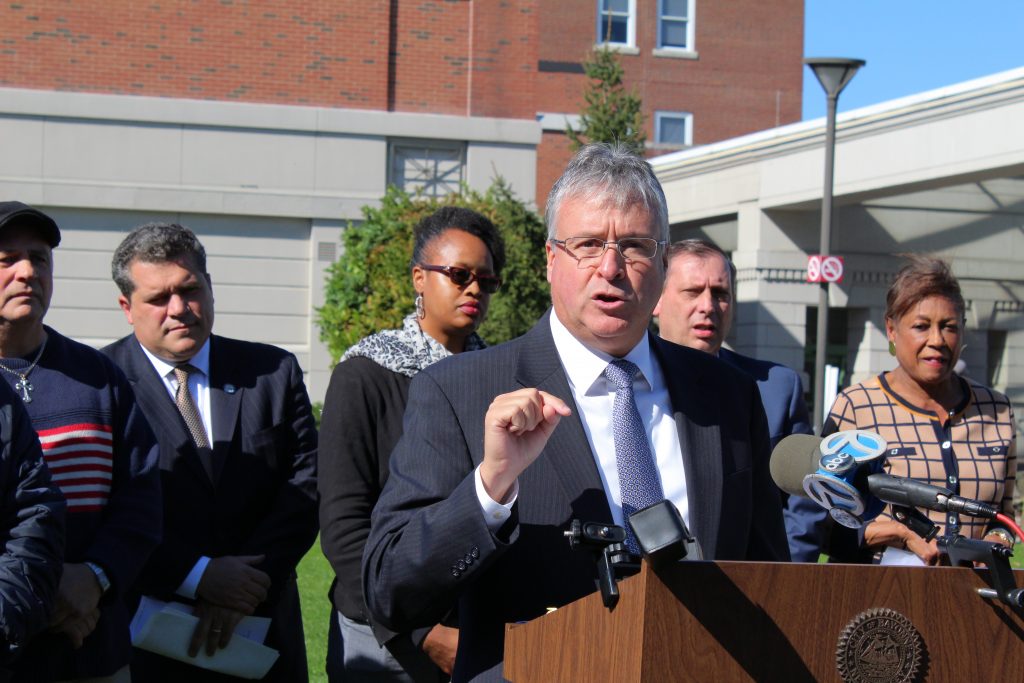 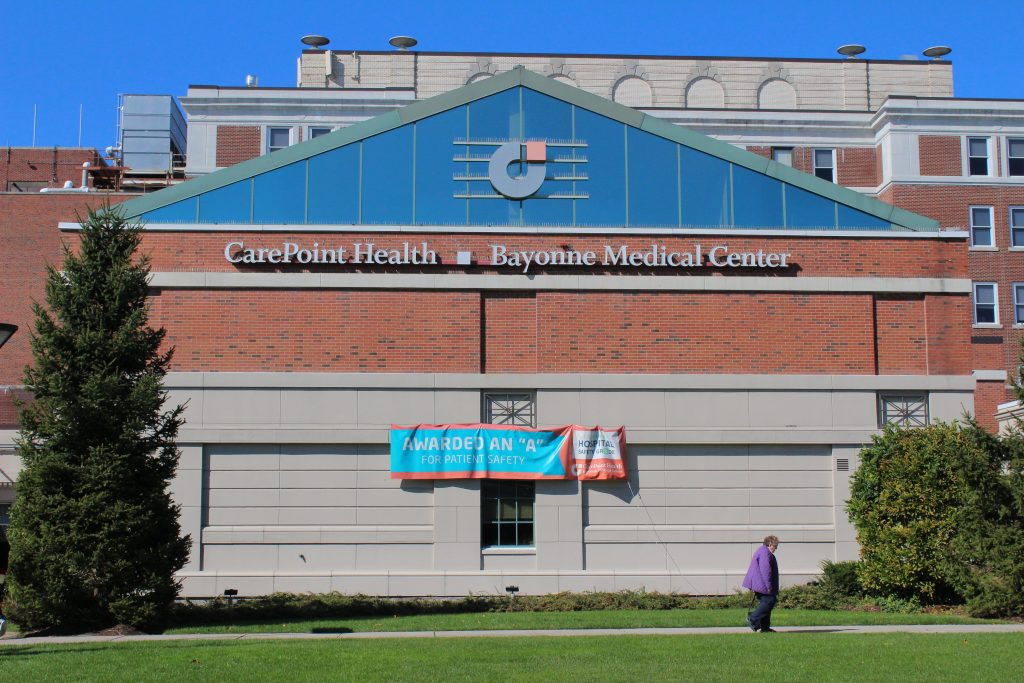 2 / 2
The site of Bayonne Medical Center has served as a full-scale hospital since 1890.
× 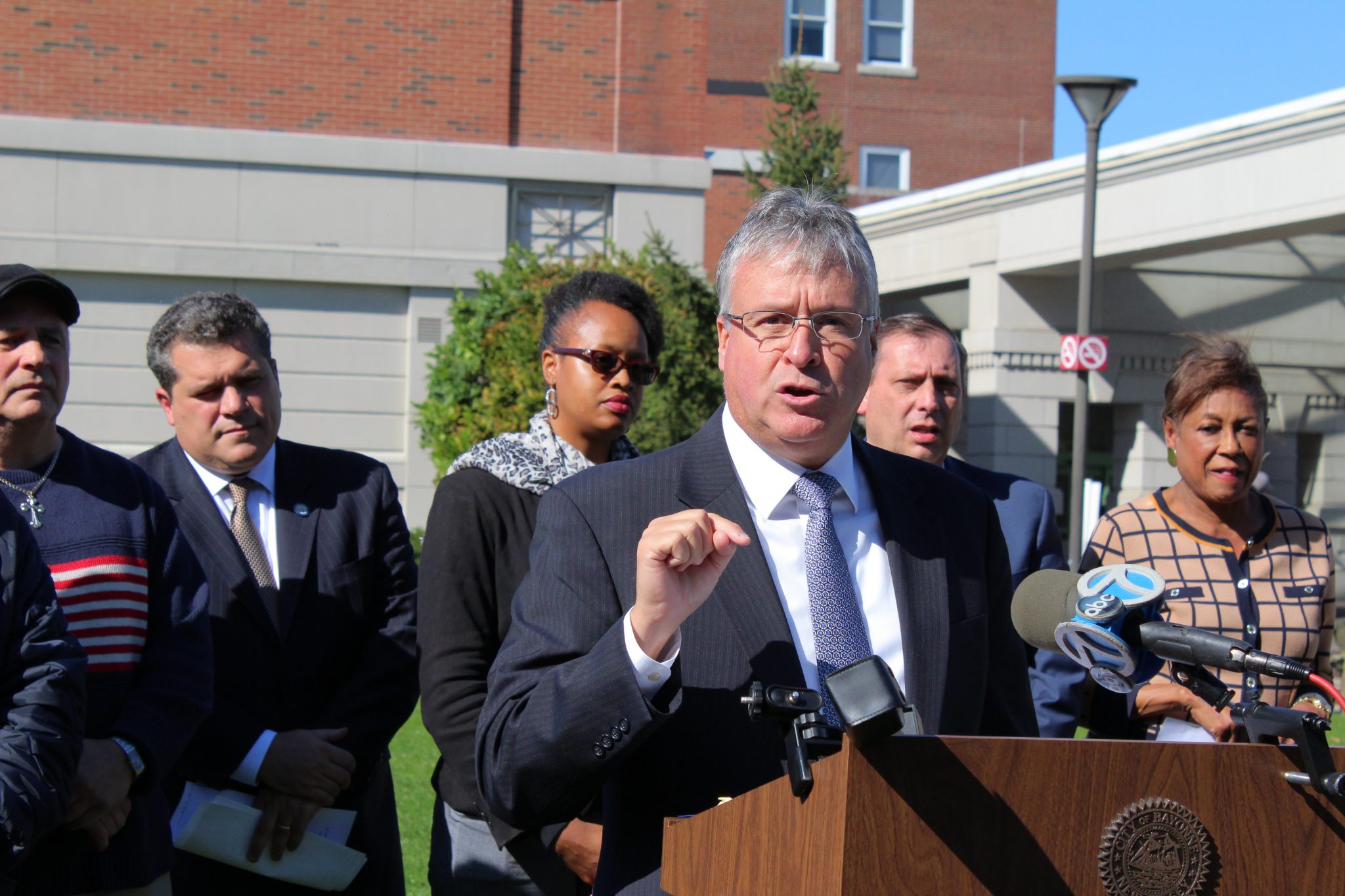 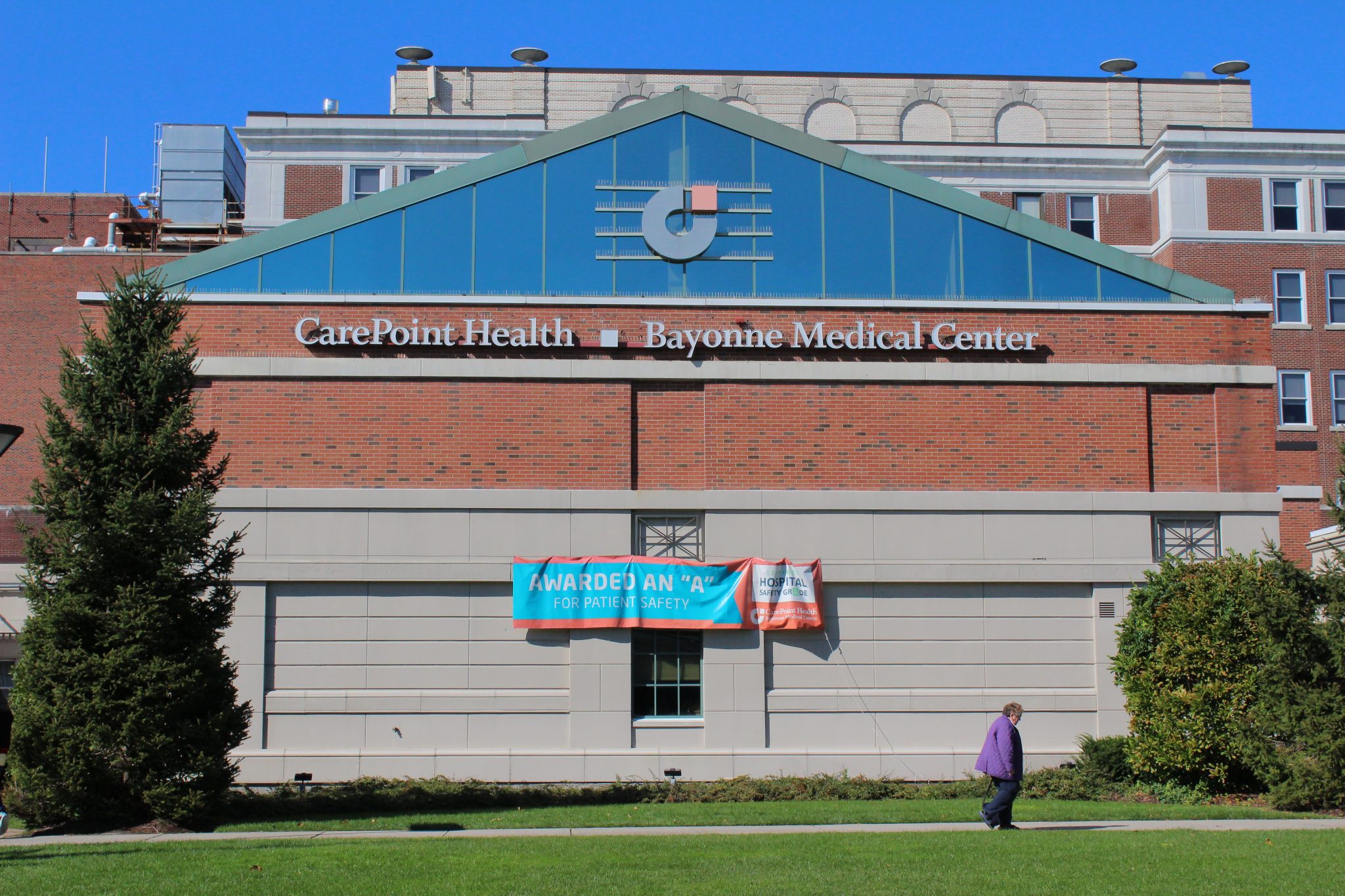 2 / 2
The site of Bayonne Medical Center has served as a full-scale hospital since 1890.

Bayonne Mayor Jimmy Davis publicly announced that he received word from credible sources that RWJBarnabas Health has plans to buy out CarePoint Health systems. That merger, he said, could lead to the closure of Bayonne’s only full-service hospital, CarePoint’s Bayonne Medical Center. The facility is on Avenue E between 28th and 29th Streets.

A day later, RWJ Barnabas and CarePoint released a joint statement in which they said that, according to a nonbinding letter of intent, RWJBH will be purchasing Christ Hospital in Jersey City and Hoboken University Medical Center in Hoboken.

A source familiar with the matter, who spoke on the condition of anonymity, said that CarePoint is currently in negotiations with multiple major healthcare agencies for the sale of the hospital.

There are no agreements, binding or otherwise, involving Bayonne Medical Center at the moment.

“The [letter of intent] is the first step in the process of evaluating and designing a new relationship that will enhance health care services for Hudson County and North Jersey,” RWJBH and CarePoint said in a joint statement on Oct. 22. “Both parties will now engage in a due diligence process to define the specifics of that relationship. Approvals will be necessary from state and federal officials, and others, before the transaction is considered complete.”

RWJBH’s and CarePoint’s announcement is contrary to a plan Davis said he was tipped off about on Oct. 21.

“We’re here to sound the alarm on what could be a major health crisis for our city,” Davis said. “In the past few days, we have learned that there is a deal in the works where RWJ Barnabas could purchase CarePoint Health Systems, which owns Bayonne Medical Center. After the sale is complete, the plan is to shut down our hospital. Nothing is finalized yet. We’re here today because we believe there may be a chance to prevent this from happening, and we will do everything we need to in order to make sure it doesn’t happen.”

Davis said that he received a tip about the plan on Oct. 17, but declined to identify his source.

Plans to close BMC are nonexistent at the moment

State, county, and local officials and union leaders who stood with Davis said that they will be evaluating what they can do legally to prevent Bayonne Medical Center from potentially closing.

“We need to save Bayonne’s hospital, and whatever we can do together, we will do it,” McKnight said.

Chiaravalotti said that, in 2018, more than 27,000 emergency visits were made to Bayonne Medical Center, and that number is likely to grow under an inevitable population growth that the city will see in the wake of booming residential development.

“I’ve been around a long time, and I’ve seen three hospitals close in Hudson County,” DeGise said. “Two were in Jersey City, St. Francis and Greenville, and one in Kearny, West Hudson Hospital. It’s absolutely clear that these negotiations have been going on for some time. That’s a betrayal to the people of Hudson County and to the people of Bayonne.”

Former state assemblyman Tom Giblin, who is now a business manager with the local International Union of Operating Engineers, doubled down on DeGise’s concern.

“It’s time to get off our hides and start working to save the hospital,” Giblin said. “The stakes are too high. I’ve watched a disproportionate number of hospitals closing in the northern part of the state. I know people here might say ‘it won’t happen,’ but trust me. I witnessed hospitals in Essex, Passaic, and Union [counties] close down. Forewarned is forearmed. Get on the phone with legislators, health officials in Trenton, the state Commissioner of Health, and the governor’s office.”

Health Professionals and Allied Employees Local 5185 President John Bauer and HPAE Vice President Barbara Rosen vowed to do everything they could to keep the hospital open on behalf of union members.

For residents of Bayonne’s Bergen Point neighborhood, the next closest hospital that they would be able to access, should Bayonne Medical Center close, is Jersey City Medical Center.

In an emergency or any other situation, a resident in southern Bayonne would have to travel nine miles through some of the most heavily-trafficked roads in the entire county to receive treatment at a full-service hospital.

Officials said if the merger occurs, CarePoint would need to receive approval from the New Jersey Department of Health before selling the hospital.

Despite there being no plans on the table yet for Bayonne, Davis was still concerned about the hospital’s potential closure, by whatever entity might purchase it. He still feels that he should have known about CarePoint’s plan to sell all three hospitals well in advance.

“The pending deal between CarePoint Health and RWJ Barnabas Health reeks of betrayal of our city and is certainly not good news for Bayonne Medical Center and residents,” Davis said. “Yesterday, we were told that there was no deal to sell off CarePoint’s hospitals, and today we learn that this was simply false. The fight to save our hospital is only beginning.”