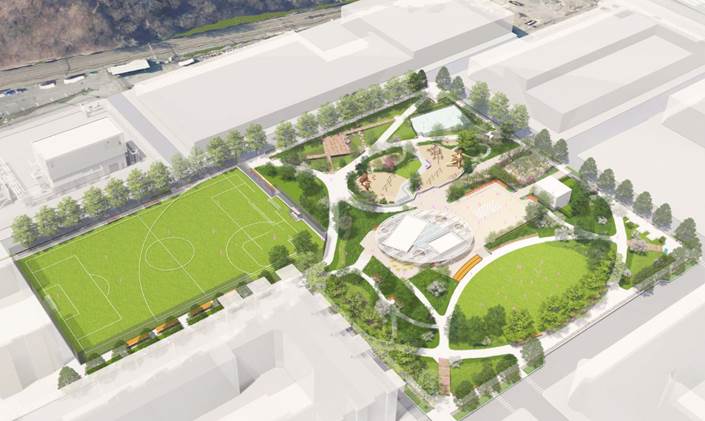 Hudson County and the State of New Jersey awarded Hoboken more than $1.8 million in grant funding  for open space and park projects.

Hoboken received $1,069,132 in Green Acres funding through the state for the creation of Cove Park as part of the city’s Rebuild by Design project, as well as the restoration of a portion of the waterfront walkway in Hoboken at Weehawken Cove.

Hudson County awarded the city $500,000 for the construction of the Northwest Resiliency Park, as well as $250,000 for the renovation of dog runs at Stevens Park and Church Square Park.

“There are no two more important park projects currently underway in Hoboken than our Northwest and Cove resiliency parks, which will become models for the State and region for including above- and below-ground infrastructure to address flooding,”  said Mayor Ravi Bhalla. “Thank you to Governor Phil Murphy, County Executive Tom DeGise, and Freeholder Anthony Romano for the generous grant awards, which will also help provide much-needed upgrades to our existing dog runs.”

$1,000,000 of the Green Acres funding will support the redevelopment of Harborside Park into Cove Park, which will be included in the Rebuild by Design coastal flood-risk-reduction strategy.

The park will serve the dual purpose of providing open space amenities and protection from storm surges with above- and below-ground infrastructure. The approximately three-acre park will become the first park in New Jersey with elevated flood protection features.

$69,132 of the Green Acres funding will be allocated for repairs to the waterfront walkway near Cove Park at 16th Street as well as a living shoreline pilot project, according to a press release from the city.

“Hoboken has so much to offer,” said DeGise. “Helping them construct parks and recreation space for everyone (including pets!) is crucial to the city’s growth and quality of life.”

Through Hudson County’s Open Space Trust Fund, $500,000 will help offset the cost of construction of the five-acre Northwest Resiliency Park.

$250,000 was also awarded through Hudson County for the renovation of the dog runs at Church Square Park and Stevens Park. The dog runs will be upgraded to include a new canine synthetic turf surface to replace the gravel surfaces.

The dog run renovations will also upgrade the water fountains at both parks, and improve shade at the large dog run in Church Square Park.

More information about Cove Park can be found by clicking here.

More information about the Northwest Resiliency Park can be found by clicking here. 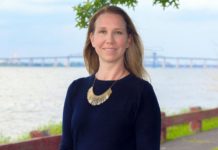