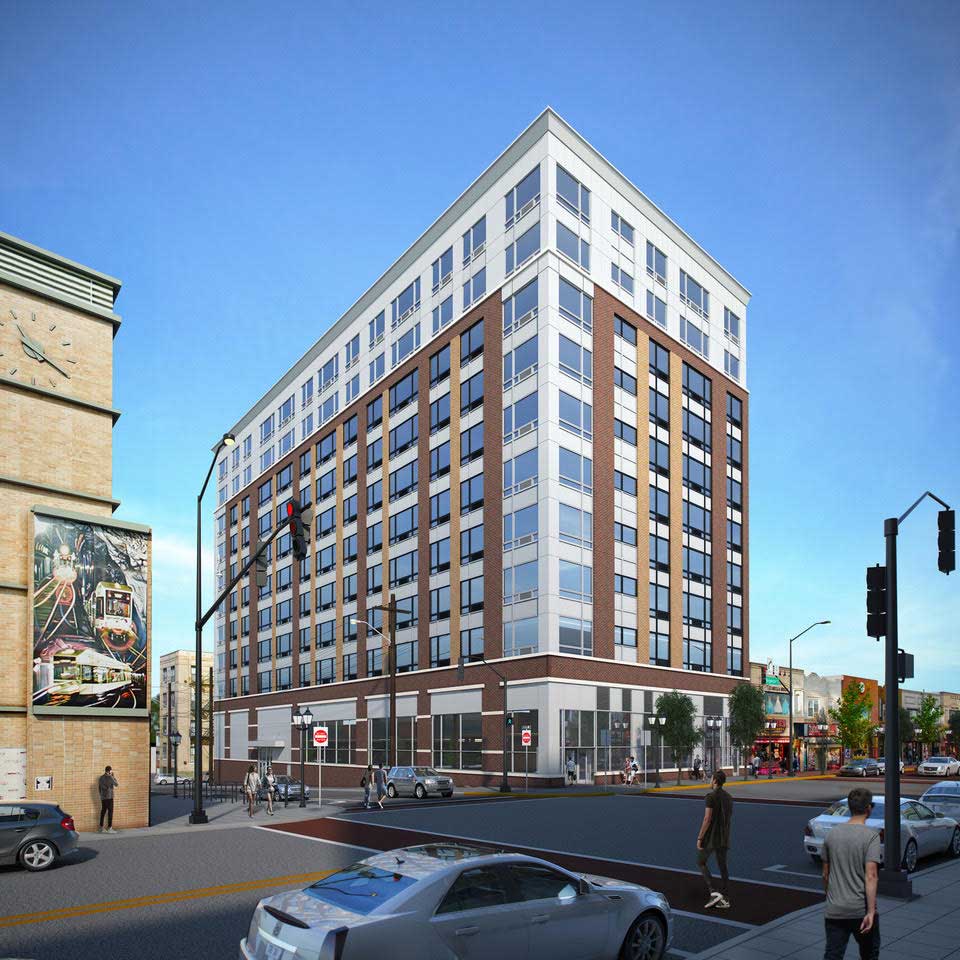 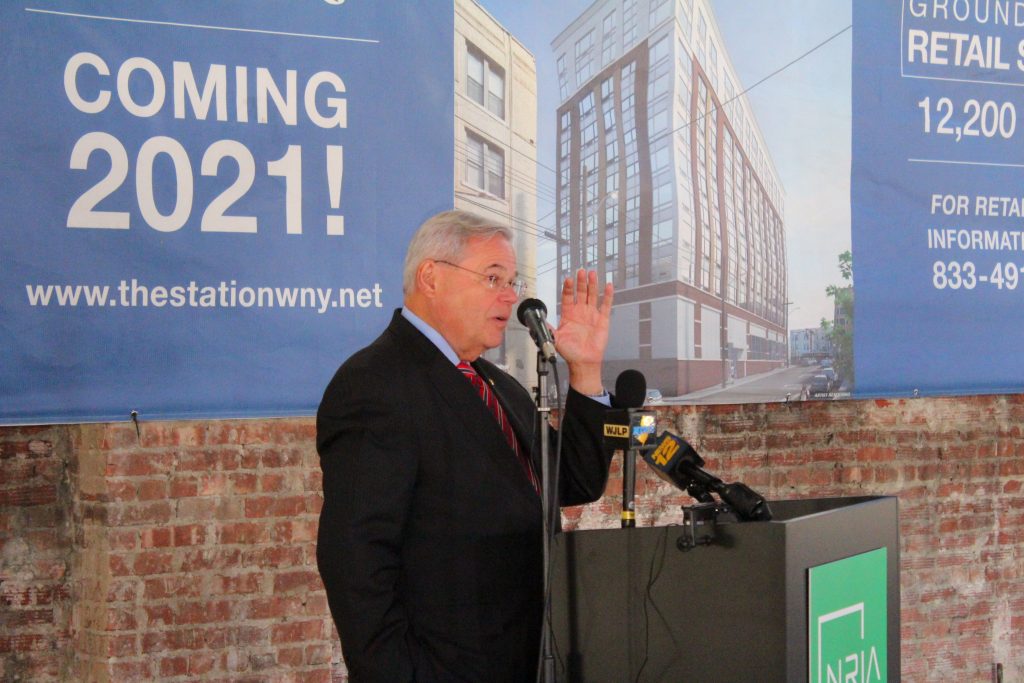 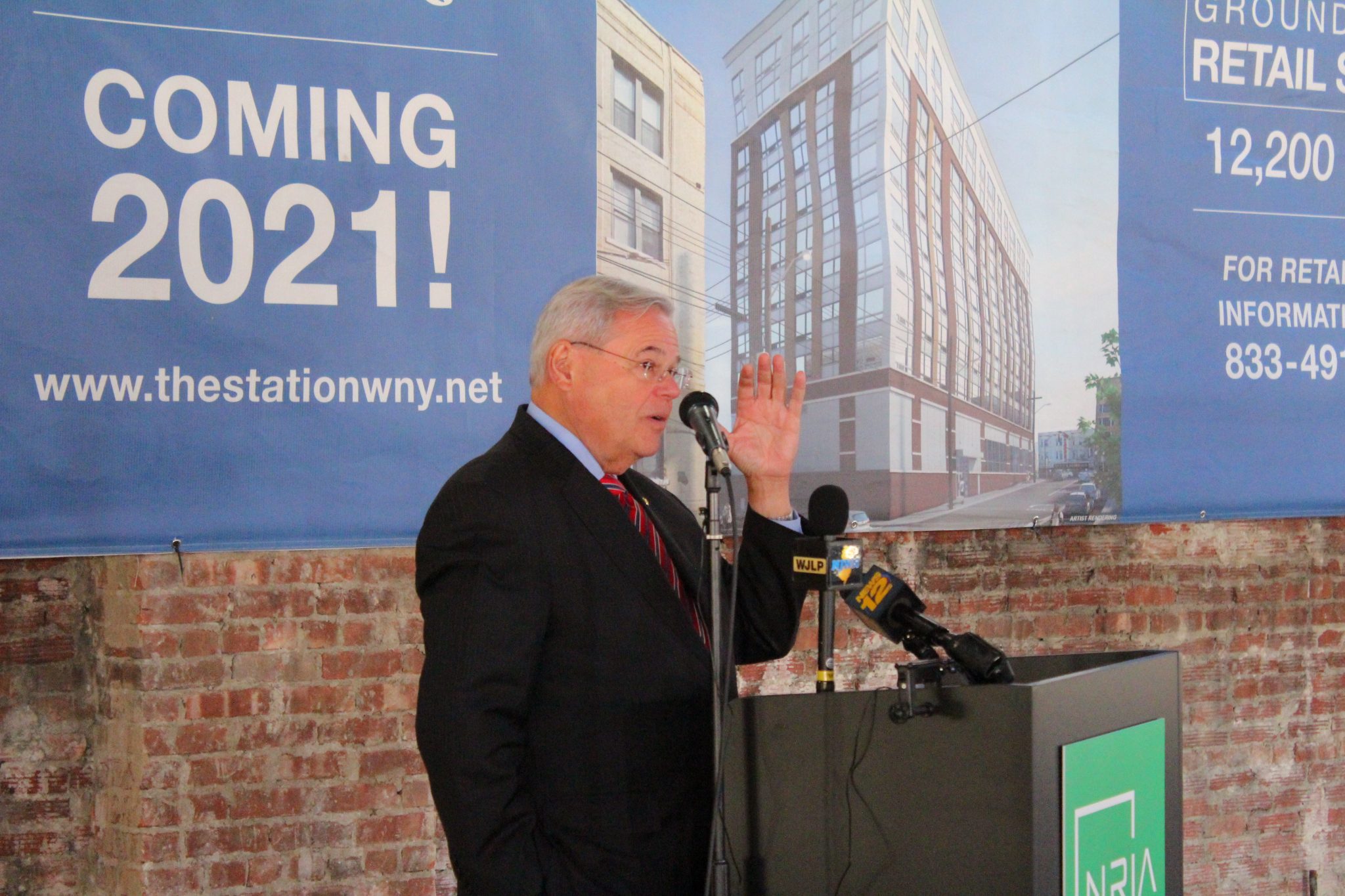 National Realty Investment Advisors (NRIA), a Secaucus-based developer, kicked off the construction of The Station, a 10-story luxury apartment complex at 4901 Bergenline Ave., with Mayor Gabriel Rodriguez and U.S. Senator Bob Menendez on hand to support the project at a ceremonial groundbreaking.

The $49 million mixed-use development will have 97 luxury one- and two- bedroom apartments, lots of amenities, a rooftop deck, and ground floor retail. The ten-story high rise is the tallest building in the Bergenline Avenue area business district, the only residential project of its size there. The developer will construct 80 underground parking spaces and 25 spaces off-site.

“NRIA will deliver several multi-family projects on the Gold Coast,” NRIA’s Glenn LaMattina said. “The Station is our second project, with many more planned in the years ahead. It will be the tallest and most luxurious building in West New York, and will be the most accessible to public transportation. The Station will give West New York a product comparable to other Gold Coast towns, like what you’d find across the river but more attractively priced.”

Public transit is the key

The development will be at the former site of a Duane Reade pharmacy near the Union City border, across the street from the Bergenline Light Rail station.

Public officials who spoke at the event were optimistic about its being so close to a light rail station. The state Department of Transportation and New Jersey Transit in the “Transit Village Initiative” call for pedestrian-friendly growth near public transit infrastructure. The goal is to increase public transit ridership and create less reliance on motor vehicles, in order to lift burdens on the state’s transportation sector and the environment.

“This is a testament to positive development, and being conscious not only to our community but to the quality of life of our residents, which is the most important part of public service,” Rodriguez said. “To see this come to life today is a pleasure as both a mayor and a lifelong West New York resident.”

Menendez, whose offices were once across the street from the development, said, “These apartments are exactly what I envision with transit-oriented development. Families and young people who reside here will be able to roll out of bed and catch a train to other parts of the county, to the metropolitan area, and beyond.”

Big residential projects on Bergenline Avenue were inevitable since the creation of a light rail station there in 2006. Other developments near public transit may be on the horizon. 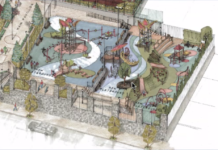 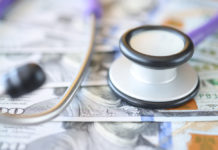