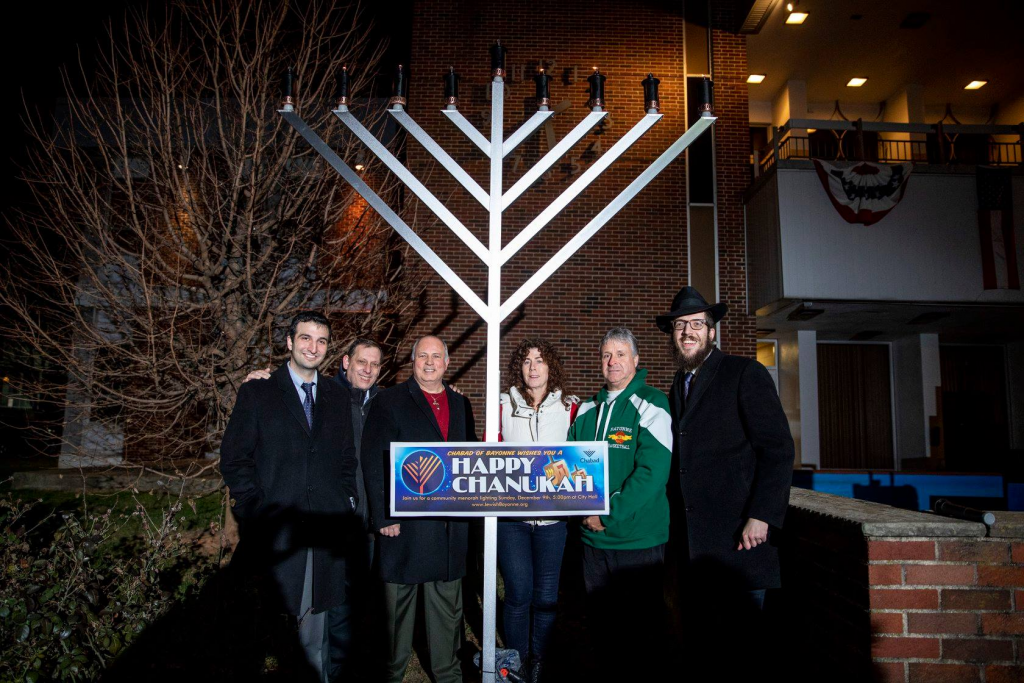 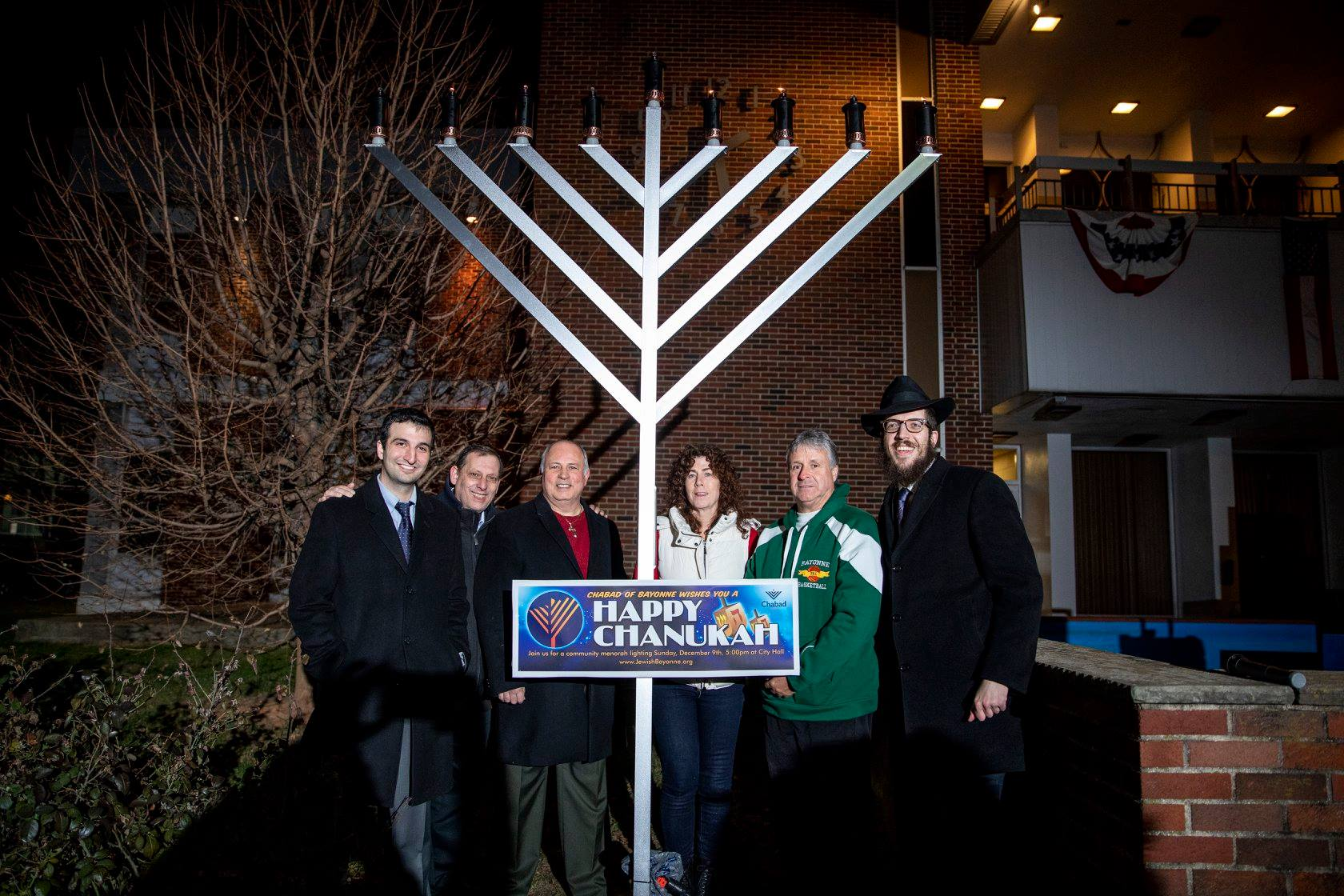 Chabad of Bayonne will ignite a nine-foot public Hanukkah menorah erected at City Hall, 630 Ave. C followed by a community-wide celebration on Sunday, December 22nd at 5 p.m., the first night of the eight-day holiday. The ceremony, organized by Chabad-Lubavitch Rabbi Bennish, will honor Mayor Jimmy Davis with the lighting of the menorah.
Representatives of the Jewish Community in Jersey city, prominent community leaders, and local elected officials will attend.
Following the menorah lighting ceremony, guests are invited to join in the singing and enjoy traditional Chanukah foods like donuts, latkes and chocolate “gelt” coins. The free event will feature activities and crafts for children.

This year, the 2nd annual public menorah lighting at city hall in Bayonne takes on extra significance in the wake of the horrific attack last week in Jersey City.

The lights will be lit in memory of the Jersey City police officer as well as the victims of the Kosher Market killed in the targeted attack of hate. “Our response as a community is to come together,” says Rabbi Bennish, Director of Chabad of Bayonne. “The darkness that we, as a nation, have been experiencing must be fought with light and goodness, and we are putting together our biggest program ever to show that we will not be intimidated by those who wish to scare us.”

Less than two weeks after the horrific anti-Semitic shooting in Jersey City, it will be celebrated by a record number of Jewish participants eager to stand together and face down growing anti-Semitism throughout the United States and the world, with a defiant dose of Jewish pride when the first night of Hanukkah starts on Sunday, Dec. 22.

A prom to cherish