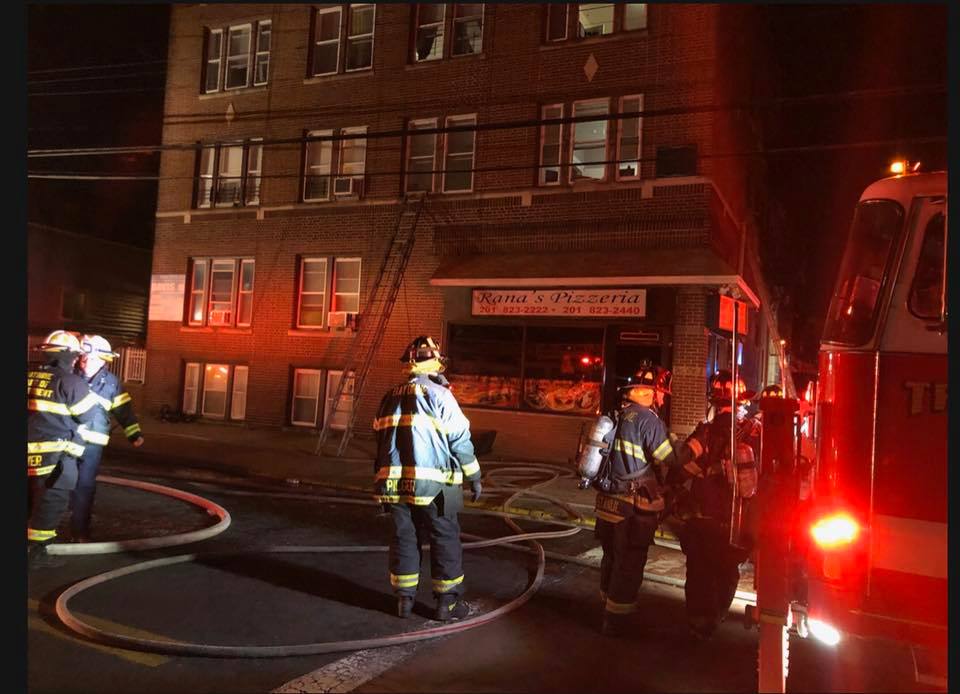 Bayonne firefighters extinguish a fire at Rana's Pizzeria on Ave. A in just 30 minutes. Image courtesy of Bayonne Office of Emergency Management,
×

Bayonne firefighters extinguish a fire at Rana's Pizzeria on Ave. A in just 30 minutes. Image courtesy of Bayonne Office of Emergency Management,

Bayonne Fire Department extinguished an early-morning fire at Rana’s Pizzeria in only a half hour.

According to Bayonne Fire Chief Keith Weaver, the two-alarm structure fire was extinguished on Jan. 20 before it could reach the apartments above the pizzeria.

The Bayonne Fire Department was dispatched to 674 Avenue A for a reported structure fire at approximately 5:17 a.m., according to Chief Weaver.

Arriving fire companies found a smoke condition and a working fire on the first floor of the building, within a pizzeria.

Fire companies deployed two hose lines to contain and extinguish the fire on the first floor. Chief Weaver said the fire was placed under control just 30 minutes later, at 5:47 a.m.

There were no injuries reported. The occupants of 16 apartments were temporarily displaced during fire department operations and returned to the building after an inspection by the Bayonne Building Department.

According to Chief Weaver, the cause of the fire remains under investigation and is not considered suspicious in nature.

“I would like to commend the firefighters who worked at the scene for quickly stopping this fire from spreading up into the apartments in the building that were located above the pizzeria; they did an excellent job,” Chief Weaver said.

Next steps for cannabis in Bayonne