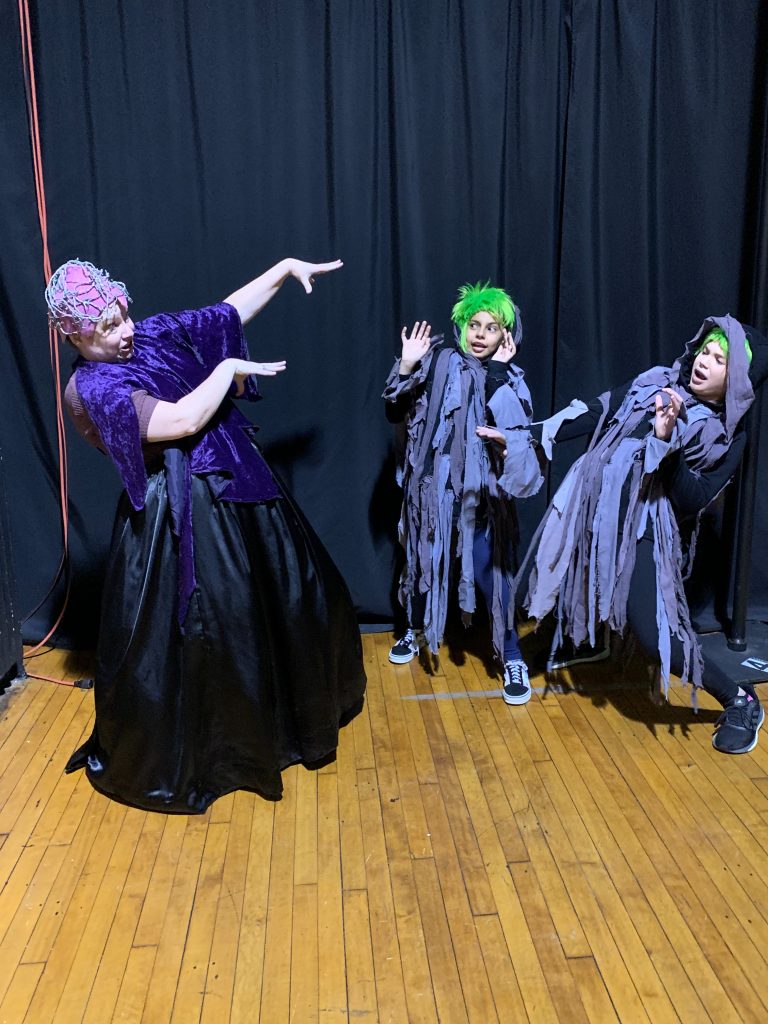 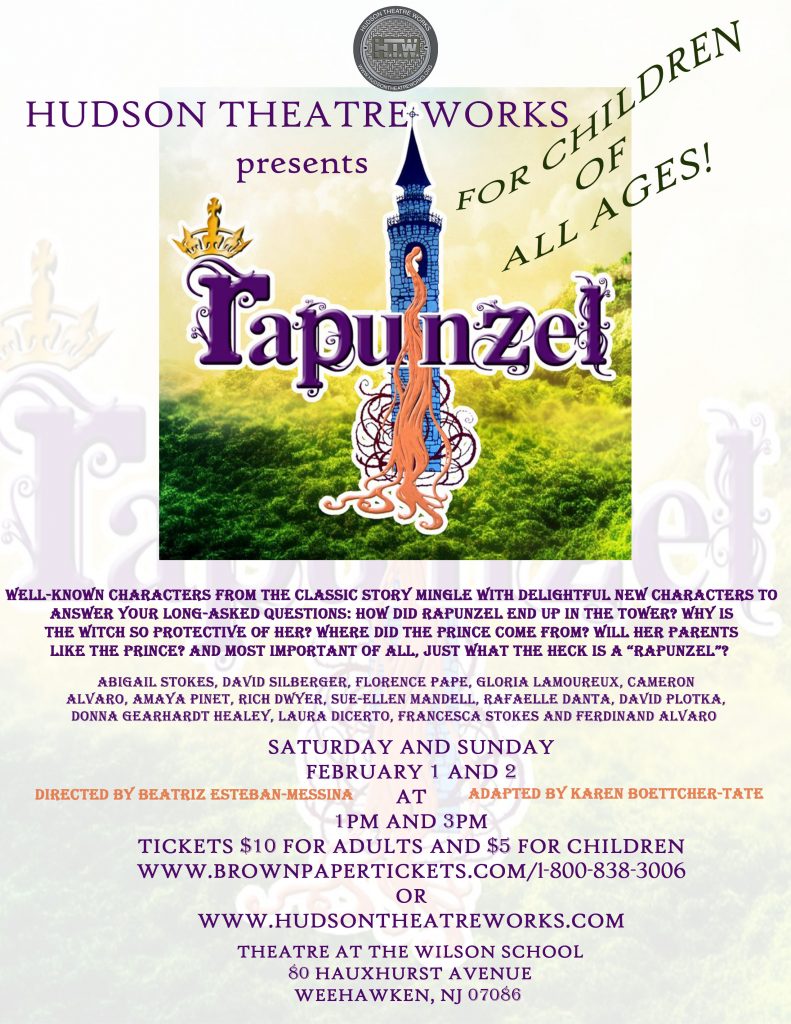 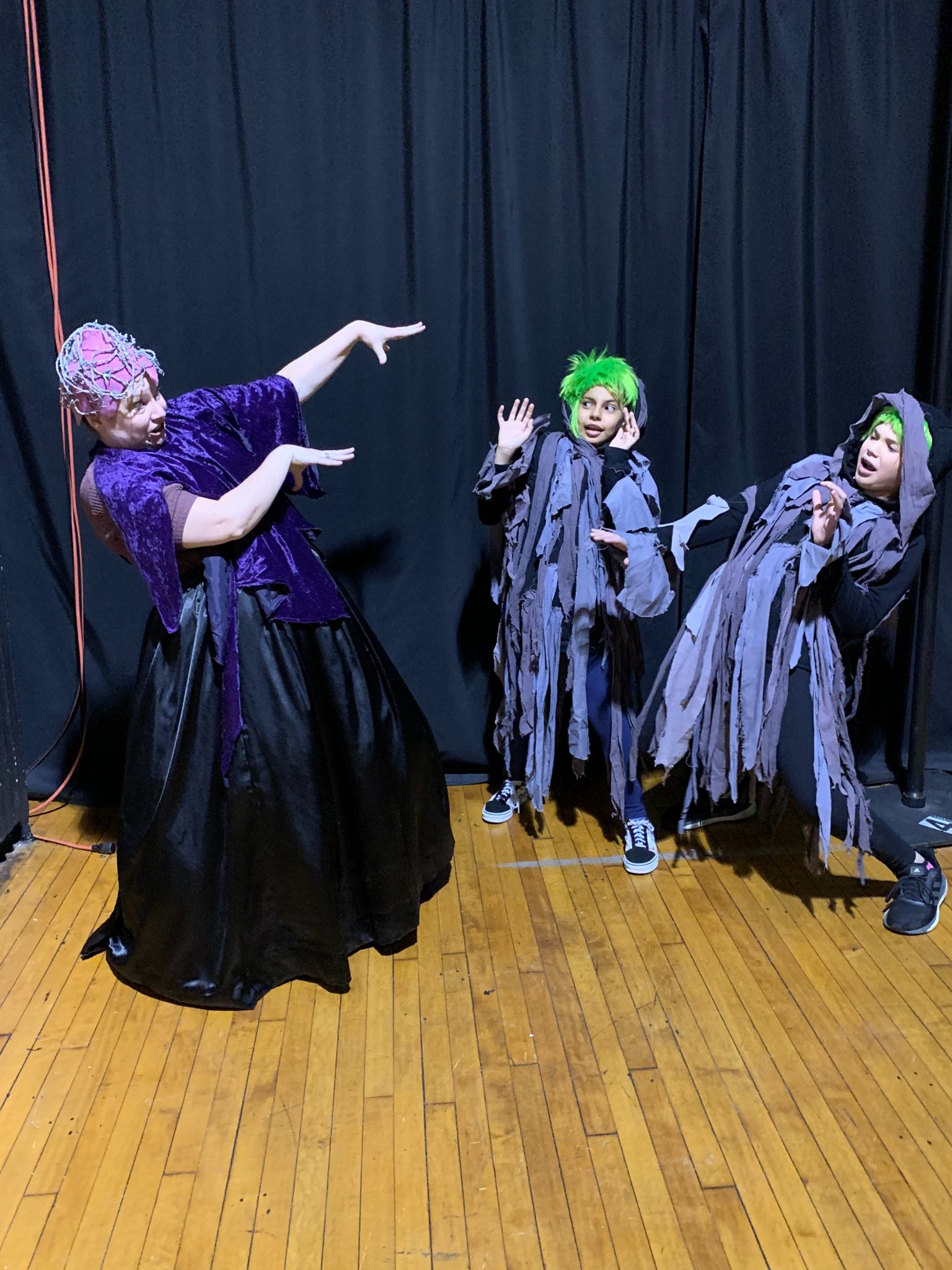 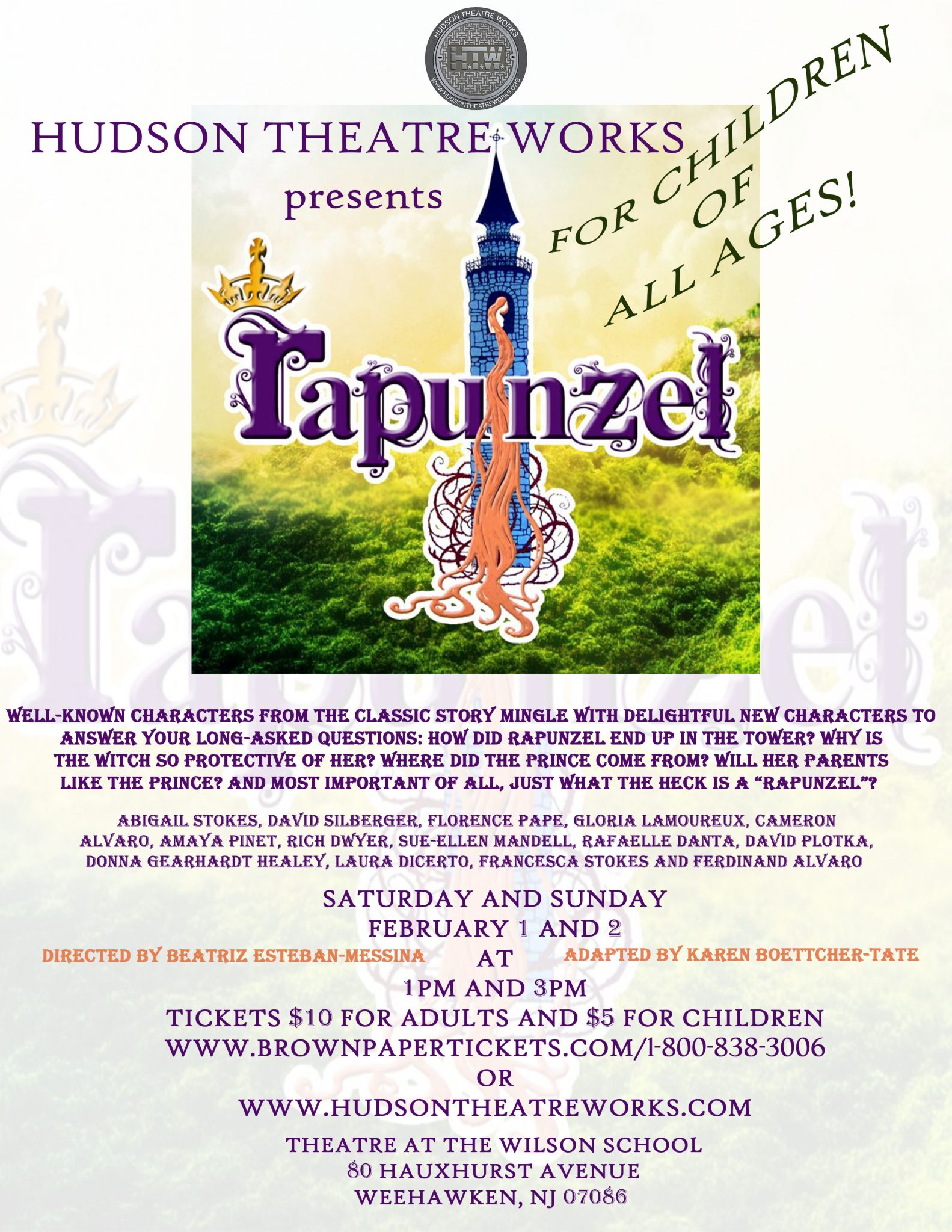 Recently popularized in Disney’s “Tangled,” the well-known characters from the classic tale “Rapunzel” combine with delightful new characters to answer your long-asked questions: How did Rapunzel end up in the tower? Why is the witch so protective of her? Where did the prince come from? Will her parents like the prince? And most important of all, just what the heck is a “Rapunzel”?

On Saturday Feb. 1 and Sunday Feb. 2 (both days at 1 p.m. and 3 p.m.) these questions will be answered as “Rapunzel” comes to the Wilson School, 80 Hauxhurst Ave., Weehawken, directed by Beatriz Esteban-Messina of Union City.

It features a cast of 14 actors from all over Hudson and Bergen County. Abigail Stokes (Kearny) stars as the feisty Rapunzel who refuses to remove her glasses. Florence Pape (Hoboken)  and David Silberger (Brooklyn) play Rapunzel’s beleaguered parents.

Meanwhile King Zeek ( Rich Dwyer of Bayonne) and Queen Furaday ( HTW’s Sue-Ellen Mandell )are the confused parents of a body-building beauty Princess Markie (David Plotka of Jersey City) and Prince Lew (Rafaelle Danta of Edgewater) a handsome but nearsighted son who has been growing hair on eggs!

The two families join forces against the conniving Witch Izwitch, (HTW’s Gloria Lamoureux) who has a green thumb for growing rampion, and her two nasty Glumpwarts (Amaya Pinet of Hasbrouck Heights & Cameron Alvaro of New Milford.) Helping to rescue Rapunzel from the tower are Laura DiCerto (Jersey City)and Donna Gearhardt-Healey ( Hoboken) as the hippy-dippy Sages Parsley & Rosemary,  Xena the Amazon Warrior (Francesca Stokes of Kearny) and an annoying Jester, who tells bad jokes (played by Fred Alvaro of Glen Rock).

This hilarious version of the well-known fairy tale explains what makes us beautiful while teaching the meaning of kindness. It is family-friendly and, of course, everyone lives happily ever after.

Ticket prices are $10 for adults and $5 for kids. Weehawken residents get in for $5.00 at the door with proof of residency, in keeping with HTW’s low ticket price policy. 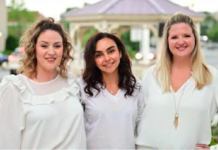 Coming to a living room near you