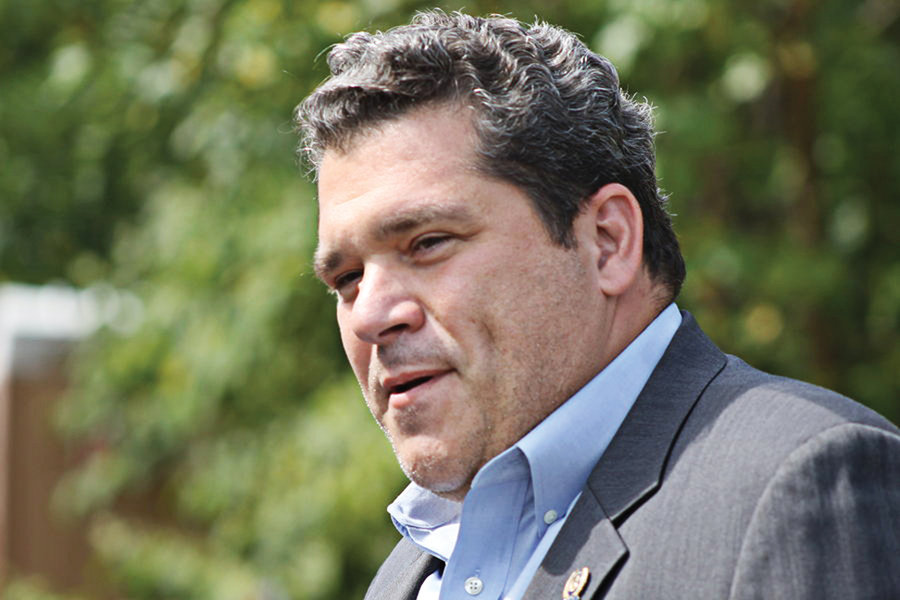 Assemblyman Nicholas Chiaravalloti (D-Hudson) will now serve as Majority Whip for the current session of the New Jersey legislature.

Part of the leadership roll out included two new leadership positions. Speaker Coughlin announced the creation of the positions of Majority Whip and Policy Chair. According to the Speaker, the new positions were created in effort to bring more Assembly members into the decision-making process.

“I have decided to increase the Leadership Team from six to eight in order to incorporate more members to help in creating a more member-centric decision-making process,” said Coughlin. “I envision the new Majority Whip and Policy Chair providing an open line of communication amongst themselves, legislators, staff and leadership which will assist all of us in crafting thoughtful and responsible legislation that makes New Jersey a more competitive place in which to live and raise a family.”

In his newly created role as Majority Whip, Chiaravalloti will be responsible for ensuring the Assembly Democratic Caucus will support the important goal of advancing New Jersey. The Majority Whip works with the Majority Leader and the Assembly Speaker to garner support and votes for the majority party’s legislative agenda.

Currently, the Assembly Democrats are the majority party and lead the assembly with a 52-28 seat majority.

Assemblyman Chiaravalloti seemed optimistic about the future in his new role.

“I thank Speaker Coughlin for entrusting me with this new responsibility and opportunity,” said Chiaravalloti. “I am confident that working together with my colleagues, we will improve the operation in the Assembly and continue making a positive impact on the people of New Jersey.”

Chiaravalloti is currently vice-chair of the Assembly Human Services Committee and serves on the Commerce and Judiciary Committees. He has been an Assemblyman since first elected in 2016.

Additionally, Chiaravalloti also co-sponsored a bill that would make it legal for child-run lemonade stands to operate without a permit. Another recent bill of his would require bias intimidation to bias intimidation to the FBI in an effort to improve the collection of hate crime statistics.

The two pieces of legislation have cleared committee and are on their way to the Speaker for further consideration.

The other new position created is Policy Chair. Speaker Coughlin tapped Assemblyman Gary Schaer (D-Passaic) for the role. In this new position, Schaer will be tasked with working with fellow caucus members on complex issues to ensure a consistent agenda.

Vice-chair of the Assembly Appropriations Committee, Schaer is also a member of the Financial Institutions and Homeland Security Committees.

“I am honored to join Speaker Coughlin and Majority Leader Greenwald in Assembly leadership as the Policy Chair for the 219th Legislative Session,” Schaer said. “I look forward to working with all of my colleagues to pass innovative legislative solutions to the problems being faced by New Jersey residents.”