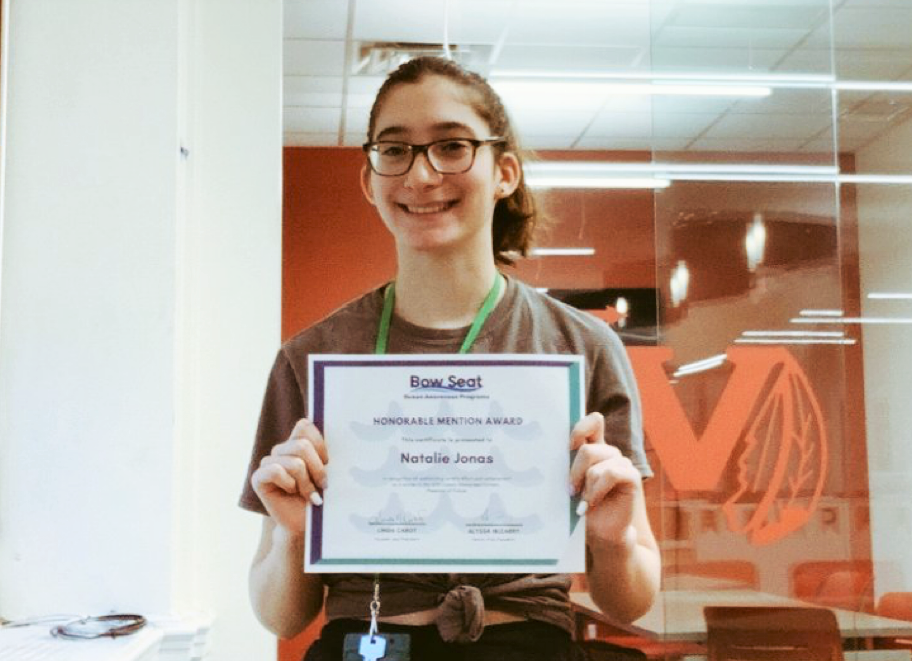 Natalie Jonas, a junior at Weehawken High School, displays the certificate she won from Bow Seat, a nonprofit ocean-awareness group.
×

Natalie Jonas, a junior at Weehawken High School, displays the certificate she won from Bow Seat, a nonprofit ocean-awareness group.

A Weehawken High School junior was one of 13 winners out of more than 2,500 competitors worldwide in an essay-writing contest on the environment.

According to a press release, the winning student from Weehawken is Natalie Jonas. Jonas, a 17-year-old junior at Weehawken High School, won an honorable mention from Bow Seat, an organization dedicated to inspiring young people to become leaders in ocean awareness.

Jonas wrote on how a culture of ignorance has been cultivated to avoid responsibility for taking action to combat climate change.

In her essay, she wrote, “Even in the face of environmental anomalies and climate devastation, governments have arrayed their forces against even acknowledging the existence of global warming as the primary cause of severe weather pattern changes.”

Her full essay, Polarization on the Polar Front, is now available on Bow Seat’s website.

“Even in the face of environmental anomalies and climate devastation, governments have arrayed their forces against even acknowledging the existence of global warming.” — Natalie Jonas

“She is clearly passionate about the topic of climate change and displays the critical thinking that exemplifies what we are trying to teach in environmental science,” McDonald said. “Her thoughtful essay shows that we all have a part to play by taking the steps to deeply understand the issues and move beyond analysis to an actual call for action.”

A few days after Jonas received that honor, she won an award for another essay she’d written.

Jonas was awarded a Global Navigator Scholarship by the Council on International Educational Exchange, allowing her to study aquatic ecosystems and sustainability in Lisbon over the summer. An essay she wrote on her experience on the Weehawken Girls Swimming Team helped her stand out among more than 3,500 student applicants.

Ariel Babcock is Weehawken High School’s AP and Honors liaison. Babcock said she looks forward to what Jonas will bring to the world in the future.

“Natalie has grown to be a stellar scholar and uses her academic abilities to better our planet,” Babcock said. “Her passion for climate activism is clear and is the focus of her Advanced Placement research paper. I look forward to seeing how she uses her voice to speak for the voiceless.”

Jonas’s environmental activism shines through in every facet of her life.

She is active in the school’s Climate Club and attended the climate strike in New York City in fall of last year, according to the press release.

Jonas has aspirations to study oceans or linguistics. She is currently taking Advanced Placement Environmental Science and three other Advanced Placement classes. According to the press release, she’s also clocked more than 730 hours volunteering, including travelling to a local beach to clear the shore of debris.

“Natalie is an amazing young lady, who is always thinking of the needs of others, and how she can help,” Weehawken High School Principal Robert Ferullo said.  “She is truly selfless, and a credit to her parents.” 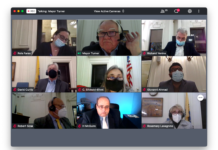