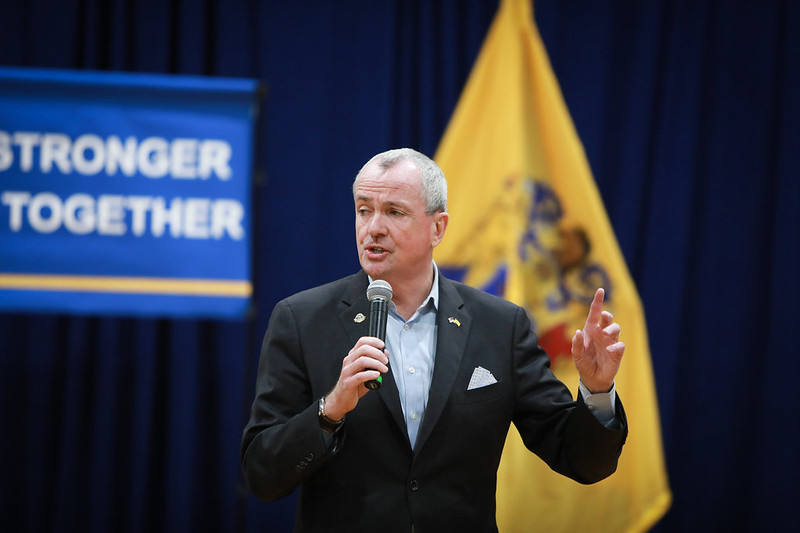 Governor Murphy holds a town hall at the Linwood School in North Brunswick on Feb. 20. Photo by Edwin J. Torres for Governor’s Office.
×

Governor Murphy holds a town hall at the Linwood School in North Brunswick on Feb. 20. Photo by Edwin J. Torres for Governor’s Office.

Gov. Phil Murphy will undergo surgery to remove a potentially cancerous tumor on his kidney in March. The governor announced that he would undergo the procedure in a social media post on Feb. 22.

“Friends, I’ve got a tumor on my left kidney and will undergo a partial nephrectomy in early March to remove it,” Murphy said in a statement on Twitter. “The prognosis is very good, and I’m profoundly grateful to my doctors for detecting the tumor early.”

According to the governor, there is a roughly 90 percent chance that the tumor is cancerous.

“Over 50,000 New Jerseyans will hear the words “you have cancer” this year, so I’m far from alone here,” Murphy said.

Mahen Gunaratna, Director of Communications for Murphy, tweeted that Murphy’s doctor discovered the tumor during a recent checkup.

According to Gunaratna, the doctor’s prognosis is that this is fully treatable because the tumor was discovered early. Murphy is expected to make a full recovery after surgery.

He is slated undergo the procedure in an unspecified hospital in New York City in March. During his weeks-long recovery, Lt. Gov. Sheila Oliver will serve as acting governor.

Tammy Murphy, First Lady of New Jersey, tweeted support for her husband and the team of doctors tasked with his treatment.

“I know Phil and he’s a fighter,” Tammy Murphy said. “We’re grateful to his amazing team of doctors who detected this tumor early.”

Taking a stand for affordable healthcare

In addition to announcing his cancer treatment surgery, the 62-year-old governor took the opportunity to make a point about the lack of affordable healthcare.

“Gov. Murphy knows he’s not alone, over 50K New Jerseyans will hear the words “you have cancer” this year,” Gunaratna said. “That’s why he’s more committed than ever to standing up for the ACA, reducing costs, and making high-quality health care affordable and accessible to all.”

Murphy acknowledged the struggle that many New Jerseyans who are diagnosed with cancer endure, due to the high costs that accompany related medical procedures.

“It’s a situation that far too many families find themselves in,” Murphy said. “That’s why we’re fighting for them each and every day.”

According to the governor, healthcare is a right. With his prognosis, Murphy will continue to fight for affordable healthcare after experiencing the need for such care firsthand.

“Healthcare is a right, not a privilege for a select few, and skyrocketing medical costs are a national emergency,” he said. “If there’s anything my diagnosis reminds me of, it’s that preventative services are lifesaving, and we need to continue fighting for affordable health care for all.

130 Bayonne residents have died from COVID-19 throughout the pandemic