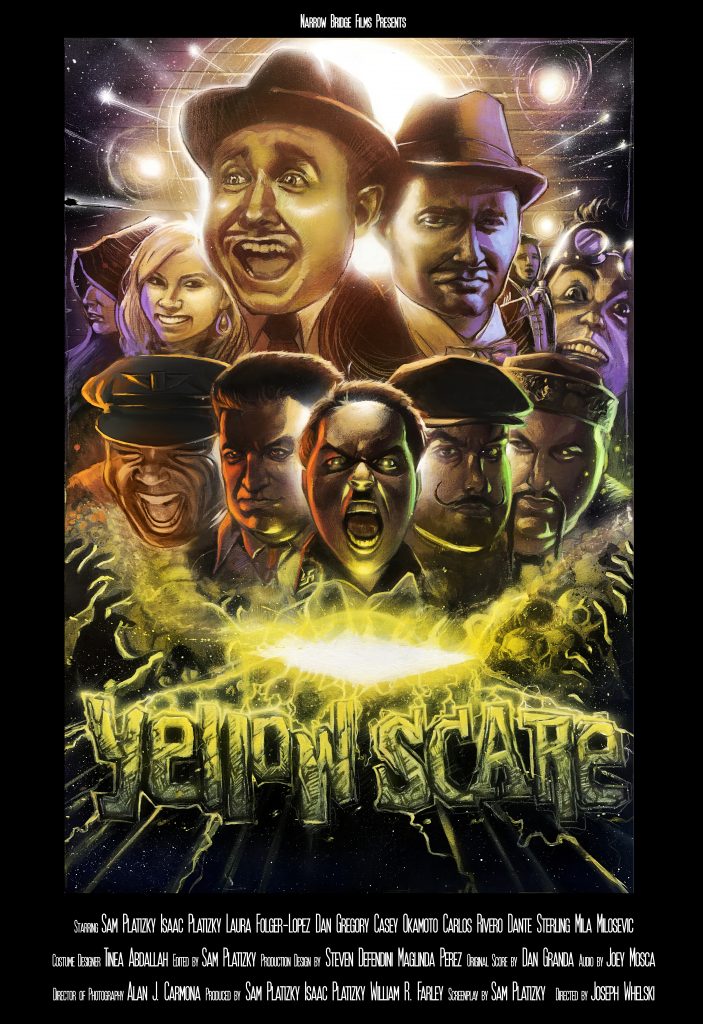 The poster for "Yellow Scare," a Narrow Bridge Films production
× 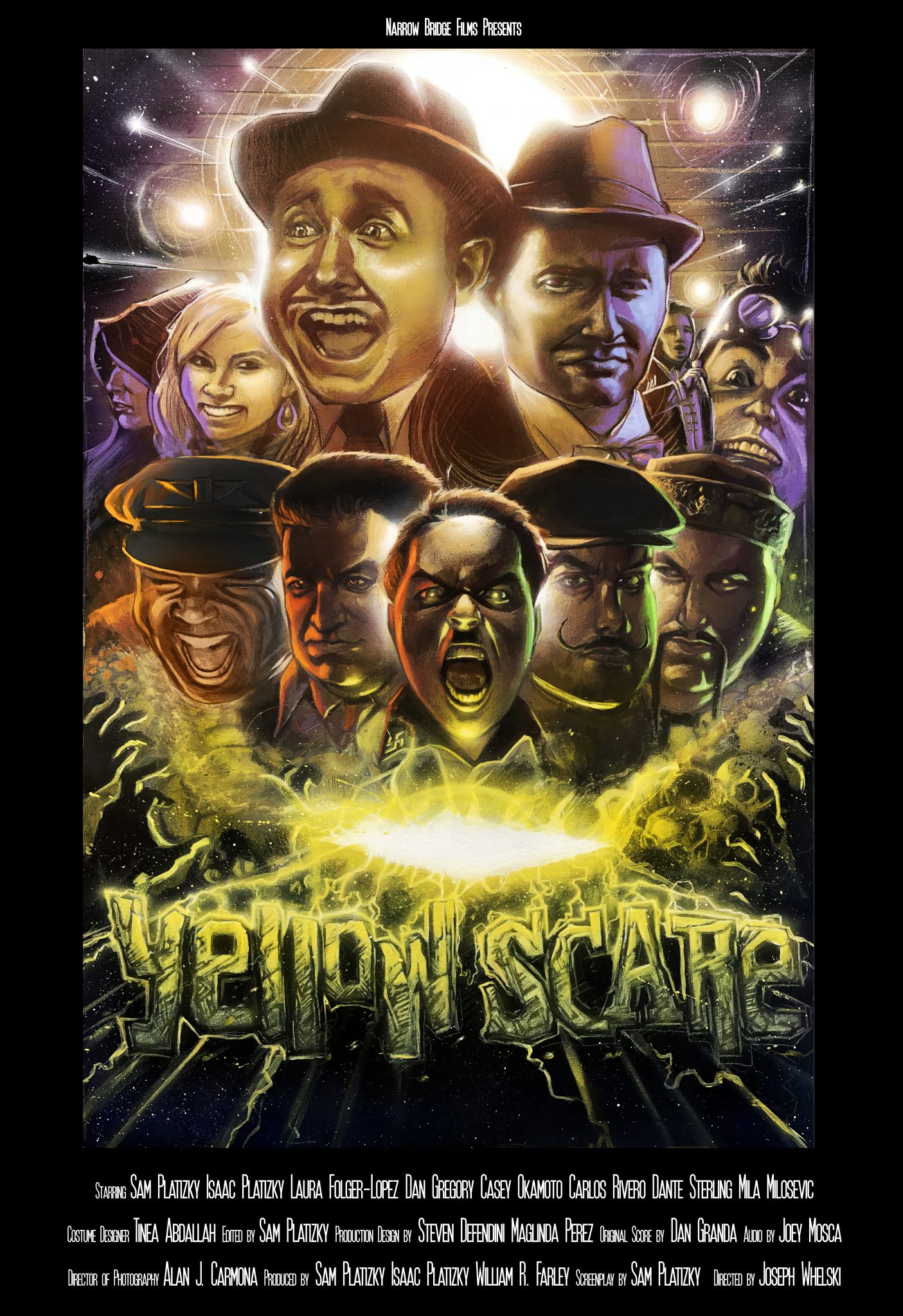 The poster for "Yellow Scare," a Narrow Bridge Films production

An award-winning film written by a Bayonne native and produced by a local independent film company is heading to Amazon.

“Yellow Scare” will be released on DVD and Blu-Ray and available for purchase on Amazon.com on March 25. The film will begin streaming on Amazon Prime on May 25.

The “zany historical comedy” set during World War II was produced by Narrow Bridge Films, which operates out of Bayonne. The film company was co-founded by Sam Platizky and his brother Isaac.

Narrow Bridge Films has created four feature films, nine short films, and a web series since its inception in 2010. The satire comedy film “Yellow Scare” was written by Sam Platizky, who also stars in the movie.

Sam Platizky previously told Bayonne: Life on the Peninsula magazine in 2018 that he hoped to have the feature films by Narrow Bridge Films on streaming services in the future.

”We want to be seen on Netflix and Amazon Prime,” Platizky said. Now that dream has come to fruition.

Directed by Joe Whelski, “Yellow Scare” is described by the filmmakers as a love letter to the classic comedies of Mel Brooks and Jerry Zucker.

According to the company, the film is set during World War II. Hitler has joined forces with a mysterious evil to create a doomsday weapon capable of winning the war. The only thing that can stand in their way is the brave and bumbling Steel Brothers and a colorful cohort of compatriots.

Awards across the board

“Yellow Scare” has won a number of awards.

“It feels really good to win because when you’re making a project like this you don’t always get recognition,” Platizky told the Bayonne Community News after the win in 2018. “You don’t always feel successful at it. It’s a good boost, and it lit a fire under me.”

The film garnered international acclaim and was screened at the 2018 Auckland International Film Festival in New Zealand.

For his work on “Yellow Scare,” the City of Bayonne awarded Sam Platizky a proclamation for his contribution in the arts and declared September 23, 2018, as Narrow Bridge Films Day.

Following the success of “Yellow Scare” and its predecessor “Red Scare,” Narrow Bridge plans to end the WWII satiric trilogy with “Green Scare.” The next installment is still in production and does not yet have a release date.

“Yellow Scare” can be pre-ordered on Amazon prior to March 25.

Celebration of Community Through the Arts