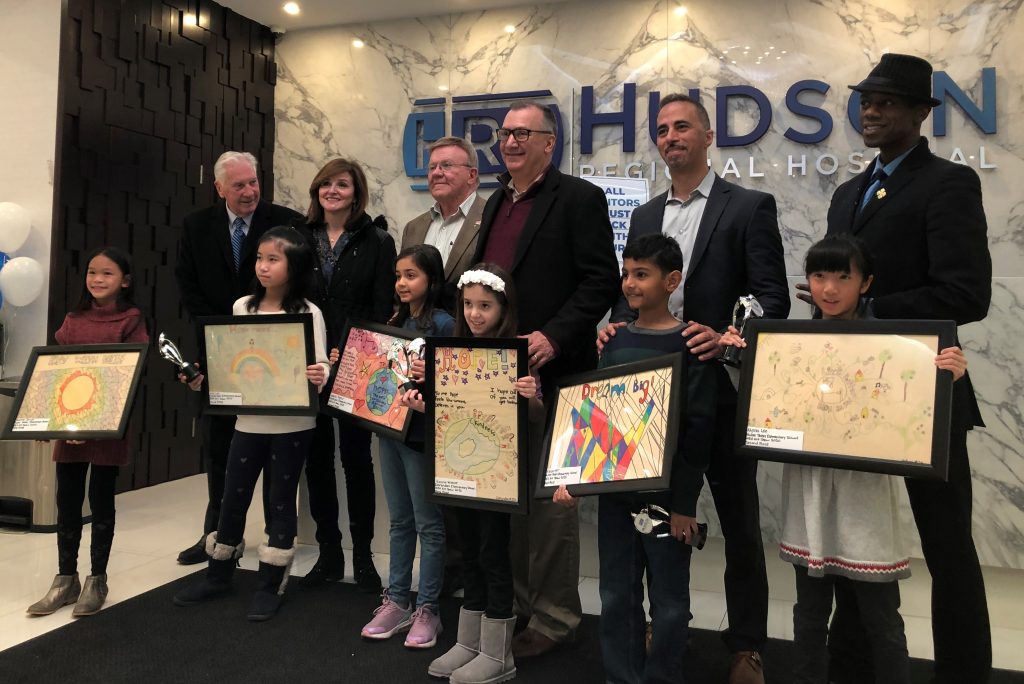 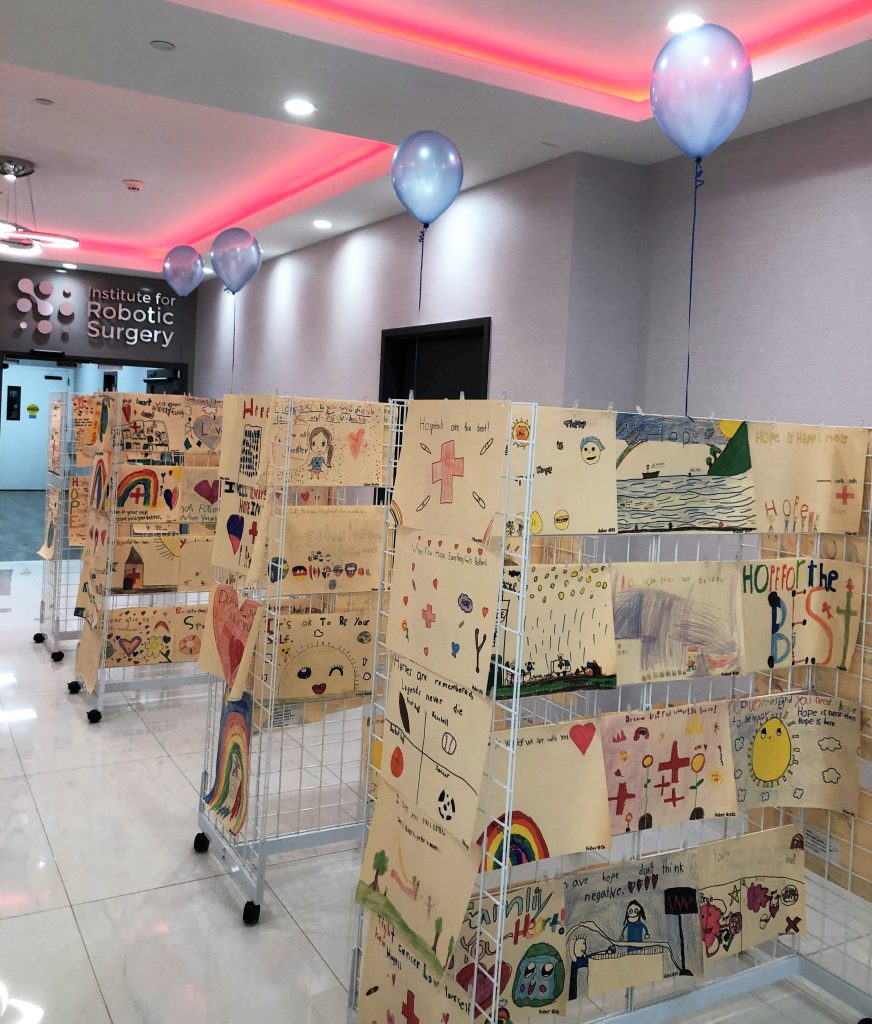 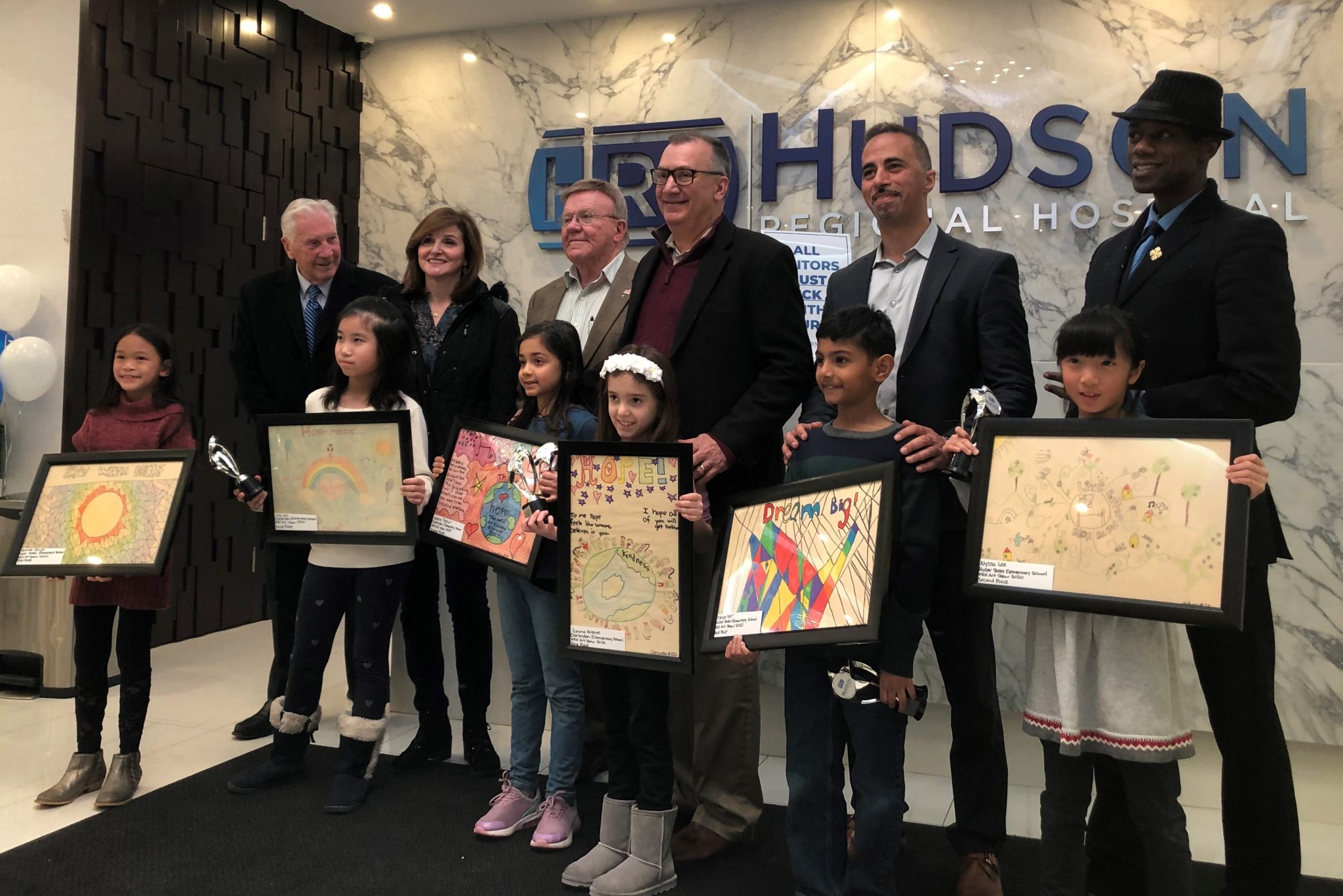 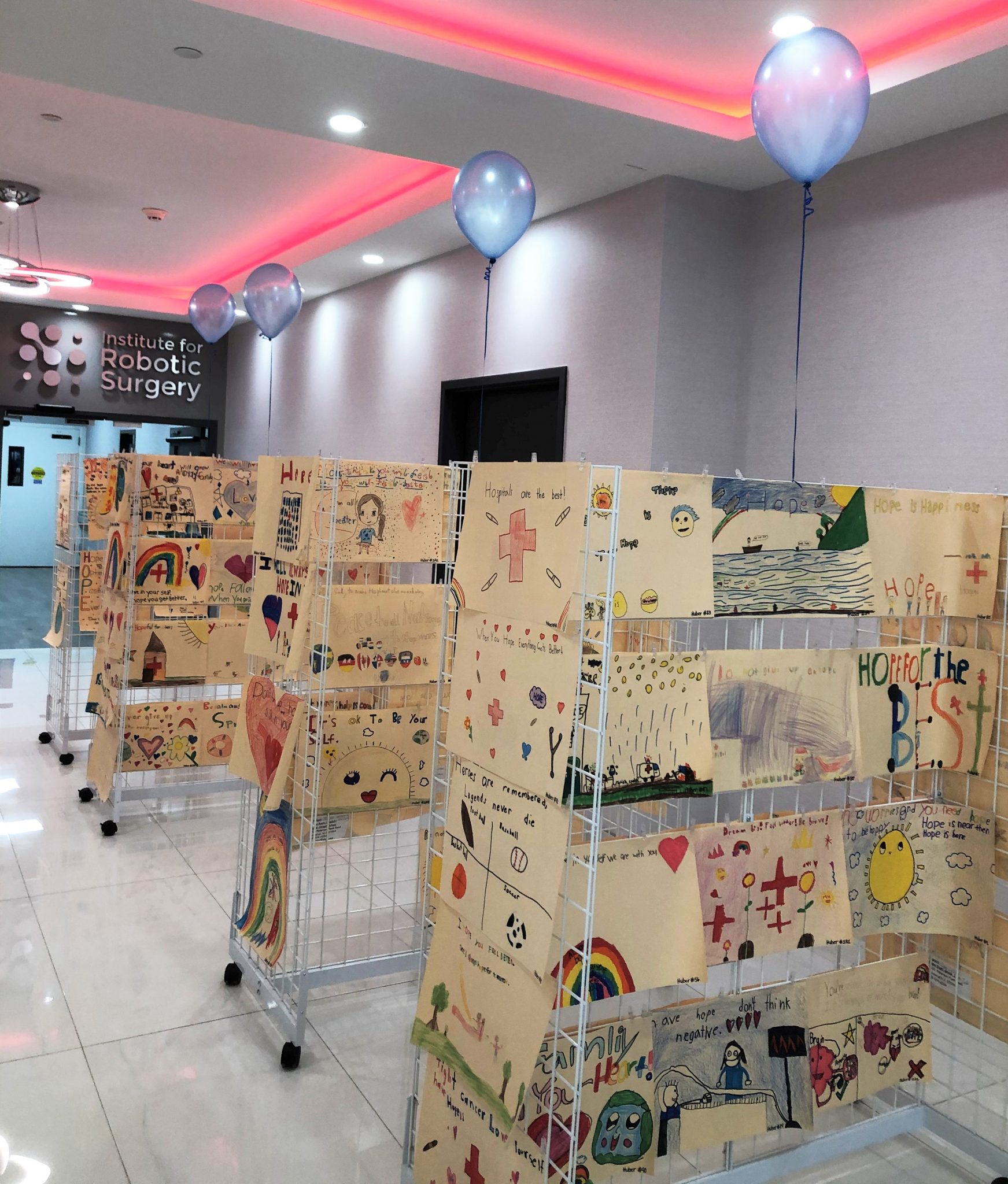 Hudson Regional Hospital celebrated the creativity of students from Secaucus elementary schools at its first annual art contest. The art contest, which took place on Feb. 19, is just one element of the hospital’s community outreach program. This year’s theme was “hope.”

The awarded pictures were painted by students in kindergarten through fifth grade from Clarendon Elementary School and Huber Street Elementary School. Prior to the award ceremony, the works  were on display for a few weeks at the hospital’s 2020 Secaucus Elementary Schools Art Exhibit.

According to Hudson Regional Hospital’s President and CEO Dr. Nizar Kifaieh, the program was created to foster further engagement and outreach to the community, specifically the youth of Secaucus.

Kifaieh said that he is always buying new art materials for his children, ages 9 and 7, and was inspired to create a program at the hospital after witnessing their artworks.

He wanted to collaborate with schools in Secaucus, so he reached out to principals in the city, who were enthusiastic.

The first, second, and third place winners of the Best Picture Awards from each school were awarded trophies. Their pictures will be framed and displayed in the hospital’s Pediatric Department.

Family, friends, teachers, and neighbors were on hand for the ceremony and to enjoy the paintings.

Riz22, also known as Galen Robinson, was born in Newark and raised in New York City, where he became the youngest graffiti artist in the Tats crew of Harlem at 6 years old.

Kifaieh reached out to Riz22 to judge the works. Kifaieh told the Hudson Reporter that Riz22 jumped on the idea and was more than excited to work with the children.

Riz22 collaborated on an art piece with both first place winners.

Gonnelli thanked Kifaieh and the hospital staff for their contributions to the Secaucus community.

“When the whole community gets involved, great things happen,” he said. “The art show at Hudson Regional Hospital is a perfect example of that.”

Kifaieh said that art and creativity can expand the mind and in turn support better health. As a result of the success of the art show and contest, Kifaieh vowed the program would continue for years to come.

“We’re honored to collaborate with Secaucus again, this time to support our youngest neighbors’ artistic expression,” said Kifaieh said. “We will continue to do this every year to engage students and strengthen our relationship with the community and the youth.”

Hudson Regional Hospital’s community outreach program also includes recent donations by the hospital to Secaucus’s Youth Alliance and the Secaucus Emergency Fund as well as the Thanksgiving dinners provided by the hospital to 100 families in need.

Gonnelli honored Kifaieh with an award for the hospital’s recent $5,000 donations each to the youth alliance and the emergency fund.

According to Kifaieh, these actions are part of the hospital’s community outreach program and its mission is to build a healthier community.

The hospital recently established the Institute of Robotic Surgery, which gives local patients access to the most advanced robotic technologies. 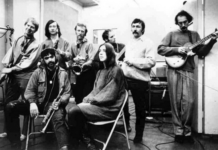