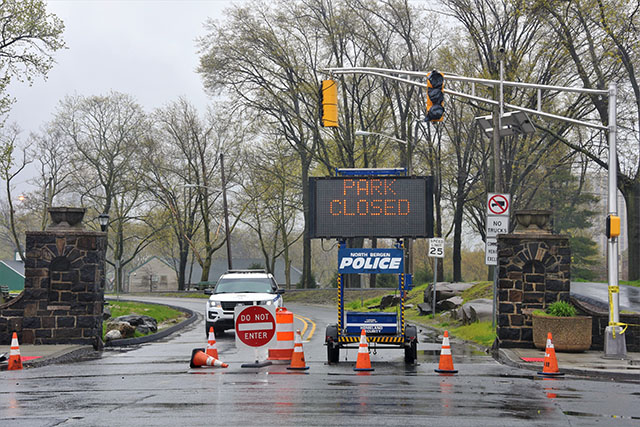 Braddock Park has reopened amid the pandemic.
×

Braddock Park has reopened amid the pandemic.

As New Jersey flattens the curve of the COVID-19 pandemic, Gov. Phil Murphy lifted some stay-at-home restrictions, including the reopening of state and county parks. Hudson County Executive Tom DeGise has announced a limited reopening of the county park system.

As a result, the Township of North Bergen announced that James J. Braddock Park will be reopened from 7 a.m. to 8 p.m. each day, along with several other county parks.

North Bergen is introducing a measure that is likely the first in the county. Residents must wear masks while in the park and must practice social distancing.

Currently, the state of New Jersey does not mandate that residents wear masks in public. However, the CDC has recommended the use of masks outdoors when social distancing is not possible.

In nearby Union City, Mayor Brian Stack has signed an executive order instructing residents to wear masks in public at all times.

Braddock Park will allow passive recreation only, meaning no hoops on basketball courts, no tennis or bocce, and no use of picnic areas until further notice.

While most county parks will be limited to passive use only, each municipality has been handling other parts of the parks differently. In Bayonne, there is no parking in Stephen Gregg Park, and dog parks remain closed.

In North Bergen, the dog run will be open. Meanwhile, parking lots will be limited to 50 percent capacity, and all restrictions on street parking will continue.

All park bathrooms in Braddock Park will remain closed until further notice.

But residents should not be taking victory laps.

If there is repeated, large-scale noncompliance such as large gatherings or games, the park may again close.

It may also close if there is a spike in new COVID-19 cases.

Municipal parks in the township remain closed despite the reopening of parks at the county level.

The mayors have stated that as of now, municipal parks will remain closed in the best interest of public health. According to a spokesperson for the township, the decision was made in coordination with the other North Hudson mayors.

The Board of Freeholders had a call with the mayors and made the decision to reopen the park along with the county executive.

When all mayors agree that it is safe and that the data justifies it, they will reopen parks incrementally and in unison to protect the health and safety of residents and help prevent overcrowding in municipal parks.

Man falls to his death from Secaucus hotel