Distributions have been occurring semi-frequently at the Museum

Senior citizens are among the most vulnerable, at risk of contracting and facing serious complications from the virus. Most seniors and other vulnerable residents are afraid to go to supermarkets, according to Bayonne City Council President Sharon Ashe-Nadrowski.

While some Good Samaritan neighbors have been checking on elderly residents and shopping on their behalf, many seniors may be running low on food amid fears about grocery shopping.

In addition, local soup kitchens have closed due to public health concerns from the virus, including the Bayonne Soup Kitchen at Blessed Miriam Teresa Parish.

Now, city officials have set up a food bank and began food distributions to cater to the elderly, homeless, or other vulnerable residents in need of groceries.

On April 29, Mayor James Davis announced the Bayonne Food Bank was distributing perishable food at 3 p.m. at the Bayonne Museum at 229 Broadway. According to Davis, quantities were limited, and residents were advised to bring a reusable bag and to maintain social distancing while in line.

“I want to take a moment to thank the Bayonne Community Food Bank for feeding so many!” Davis said after the April 29 Food Bank distribution. “I also want to thank City Council-President Sharon Ashe-Nadrowski for her tireless efforts in leading this charge and Melissa Mathews for her intense drive during this pandemic.”

Mayor Davis shared pictures of the successful distribution to social media, but some residents were quick to note the potential lack of social distancing in some cases among those in line for food. However, nearly everyone in the picture is wearing a mask.

Davis said the food was on a first come, first serve basis and will be distributed to as many people as possible. The first distribution occurred on April 24.

It is not clear if and when there will be another pop-up Food Bank food distribution. Residents are advised to follow Mayor Davis’s social media for announcements regarding the Food Bank. 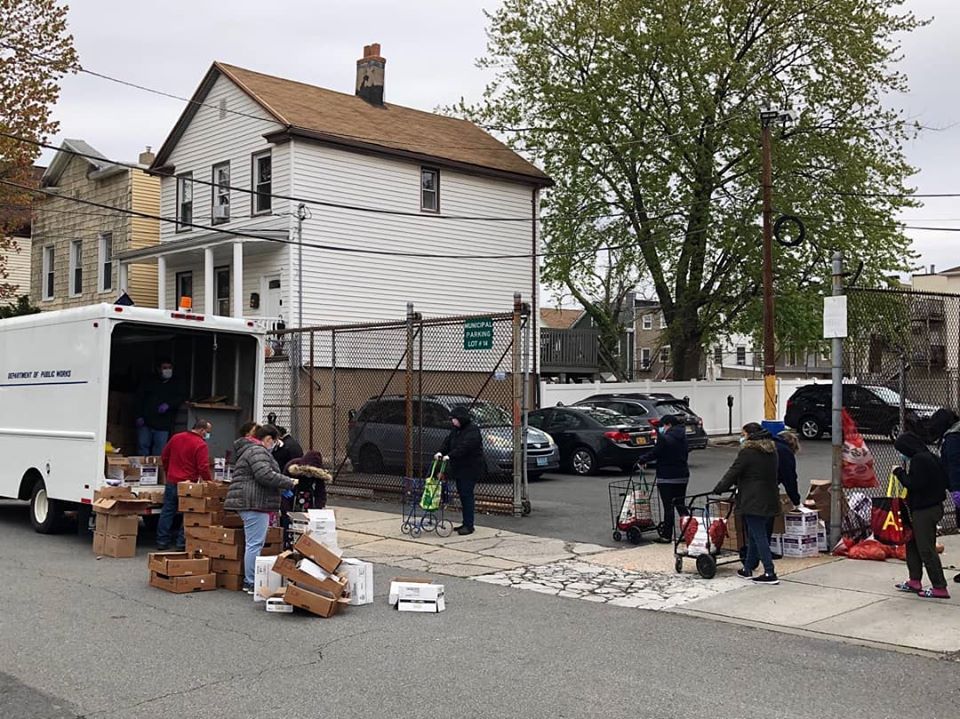 Back in April, Ashe-Nadrowski said the City of Bayonne was in the early process of starting a food bank, in conjunction with the Bayonne Economic Opportunity Foundation (BEOF). The food bank aims to help all residents of the city.

Ashe-Nadrowski said that approximately $20,000 in funds from the Community Development Block Grants will go toward the creation of the citywide food bank. It will be operated by the BEOF and managed by the city.

At the meeting, Ashe-Nadrowski said that she had personally been working on this project alongside new Business Administrator Melissa Mathews, who assumed her new post upon the retirement of Terrence Malloy on May 1.

It’s not clear when or if a physical location for the food bank will open and where it will be located.

Residents who need help getting groceries now or residents looking to help should visit beof.org. The BEOF has been collecting monetary donations for those impacted by COVID-19 under the banner “Bayonne for Bayonne.”