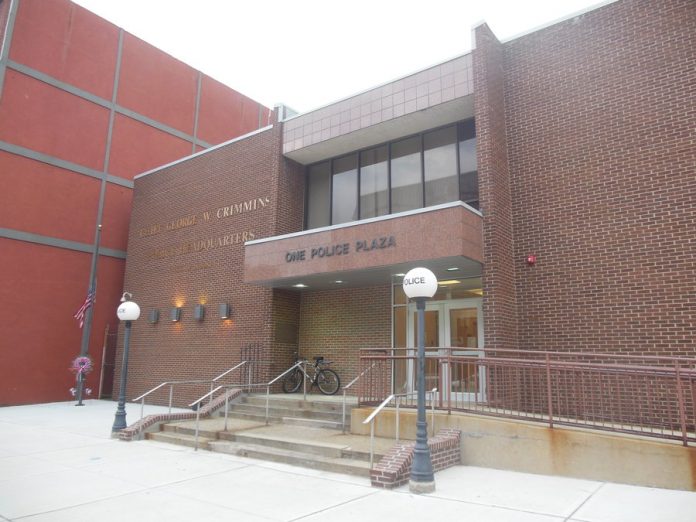 On Thursday, May, 14,  at about 6:45 p.m. Officer Francis McCourt and Officer Nicklas Valerius conducted a motor vehicle stop in the area of 111 14th Street.

The blue Subaru  was  driven by Hoboken resident Devon Robinson, 27.

Officer McCourt and Officer Valerius were aware that Robinson had a warrant for his arrest.

Upon making the motor vehicle stop, Robinson was placed under arrest, and the officers found suspect Marijuana and Drug Paraphernalia allegedly in his possession.

Robinson was escorted to the radio car and was being placed in the back seat when Robinson allegedly spit at Officer Valerius and Officer McCourt, striking both officer’s legs.

Robinson was transported to police headquarters, and his vehicle was towed.

He was charged with Throwing Bodily Fluid at a Law Enforcement Officer, Possession of CDS Marijuana, and Possession of Drug Paraphernalia. Robinson’s charges were placed on a warrant.

He was committed to the Hudson County Correctional Facility. He is considered innocent until proven guilty in a court of law.