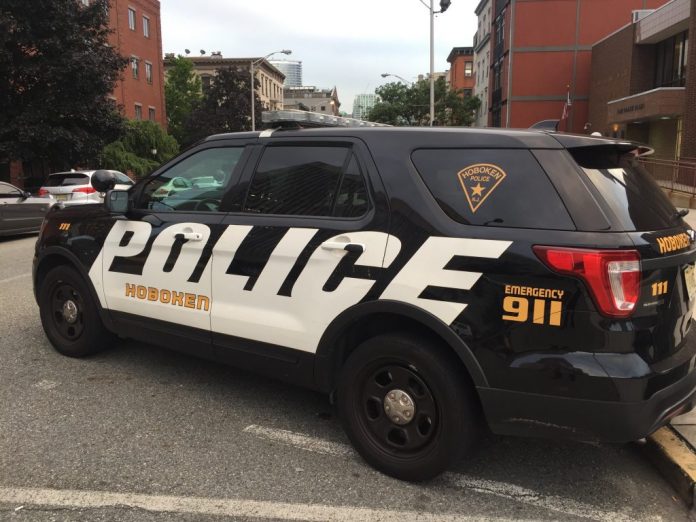 Hoboken police officers arrested a Massachusetts man on May19 after he allegedly punched a Hoboken resident in the face and robbed him.

On May 19, at about 1:16 p.m., Officer Joseph DiMartino responded to the area of Sixth and Washington streets on a report of a robbery.

Officer DiMartino met with the victim, a 31 year old Hoboken man, who  stated he was standing in front of 615 Washington St. waiting for his wife to be done with her appointment, talking on his cell phone when an unknown man allegedly approached him from the right and punched him in the face.

He then allegedly grabbed the victim’s cell phone out of his hand and threatened to cause him harm if he followed.

A description of the suspect was given over the police radio.

The man, identified as 31-year-old Martin Puello of Lawrence, MA, was arrested and charged with Robbery and Terroristic Threats, following an investigation.

Both charges were placed on a warrant, and Puello was committed to the Hudson County Correctional Facility.

Puello is innocent until proven guilty in a court of law.