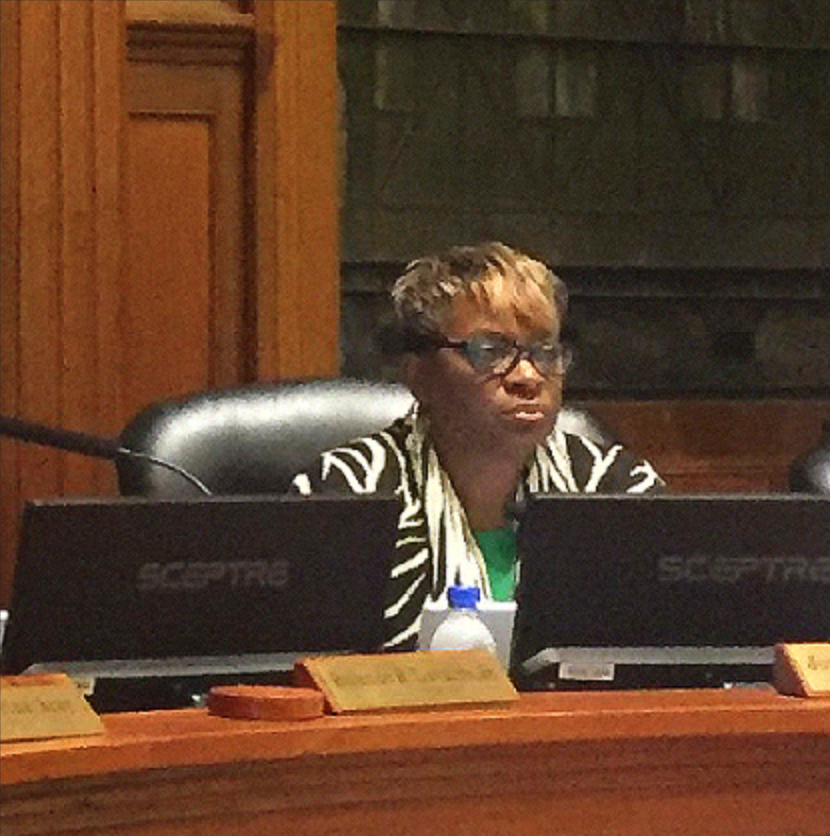 In the wake of the murder of George Floyd in Minneapolis, Jersey City Council President Joyce Watterman called for the creation of an ad hoc committee which would review Jersey City police procedures and policies.
×

In the wake of the murder of George Floyd in Minneapolis, Jersey City Council President Joyce Watterman called for the creation of an ad hoc committee which would review Jersey City police procedures and policies.

City Council President Joyce  Watterman has called for a resolution at the next city council meeting to form an ad hoc committee that will review the state of police policies and procedures on both enforcement and discrimination in Jersey City.

According to a press release from the city, Watterman, who is an ordained minister, has been troubled by the riots across the United States which were sparked by the widespread distribution of video showing Minneapolis Police Officers kneeling on the neck  and back of a handcuffed and unarmed African American man, George Floyd, who died of asphyxiation, according to an autopsy.

Dozens of protests have occurred across the nation, some of which turned violent by agitators who turned on police, burned, and looted stores. In Jersey City protests have remained peaceful.

“Due to the situation at hand, both the violence that occurred and the protests that have emerged from it, I believe this would be a good opportunity for us to examine how our police department handles various situations and make changes where needed,” Watterman said. “This is a time for Jersey City to examine its police procedures and have open dialog with the community to bring reform.”

In January, Watterman became the first African American woman to hold the office of city council president in the city’s  history.

Committee would represent the community

Should her resolution pass, the ad hoc committee will be composed of a cross-section of the community.

It will have  between nine and 12 members with representation from all six wards, clergy, educators, a retired police officer or a judge, and at least three sitting council members.

“Here in Jersey City we want to be moving forward together in solidarity – not with more violence, but rather by creating robust and promising partnerships for a change that is sustainable now and for future generations to come,” said  Mayor Steven Fulop in support of reexamining the Jersey City Police Department’s training and operational procedures to be able to implement positive changes as identified by the committee.

Anyone interested in being part of the committee can submit resumes by emailing his or her  councilperson by June 19. For additional information call the council office at 201-547-5134.

The resolution to form an ad hoc committee will be presented before the council at the next scheduled meeting held virtually on Wednesday, June 10,  at 6 p.m.

To watch the meeting go to teams.micorsoft.com.

To speak at the meeting during the public portion, members of the community must sign up in advance through the City Clerk’s Office by submitting a form online and they must provide their names and a callback number. You will be called when it is your turn to speak.