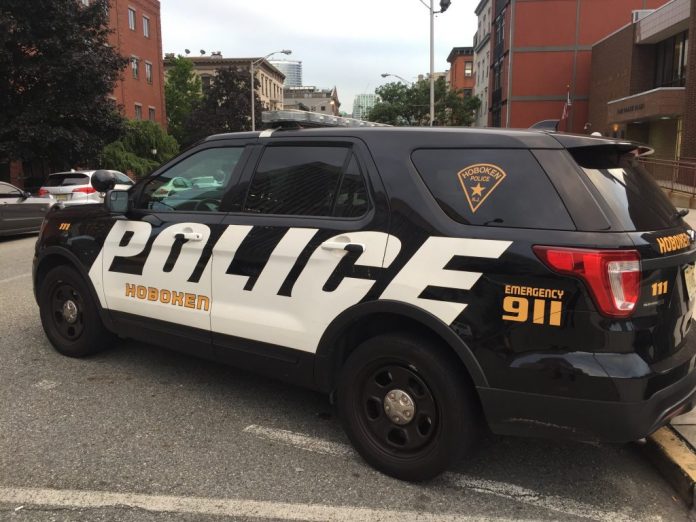 On June 18 at 11:36 a.m. Sergeant Steven Kranz saw a white Toyota drive through a closed street while working a traffic detail at a construction zone.

The street was closed off with traffic cones to southbound traffic from the intersection of Sixth and Jefferson streets.

The driver allegedly drove through and over the cones, dragging cones as he went.

Sgt. Kranz gave verbal and visual commands for the car to stop.

Kranz approached the driver who was identified as Hugh McDonnell, 36, of Jersey City.

McDonnell was put through a field sobriety test, allegedly failed, and was then placed under arrest and charged with Driving While Intoxicated.

McDonnell provided breath samples. The results showed that his blood alcohol content was allegedly above the legal limit.

McDonnell received two motor vehicle summonses, for Driving While Intoxicated and for Operating a Motor Vehicle on a Closed Public Roadway.

McDonnell was released to a responsible party and is considered innocent until proven guilty.