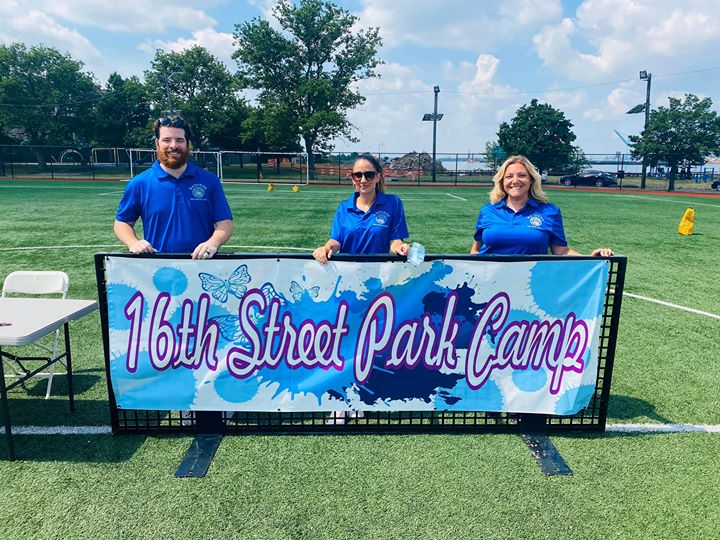 The camp directors at the 16th Street Park Camp. Photo courtesy of the City of Bayonne. (See brief.)
×

The camp directors at the 16th Street Park Camp. Photo courtesy of the City of Bayonne. (See brief.)

There was a great turnout at the Division of Recreation Summer Camp Expo, according to the City of Bayonne. The Expo was held at Veterans Stadium on June 20 for residents interested in registering for summer camps.

A Bayonne man has been charged with causing serious bodily injury while driving with a suspended license for his involvement in a crash last week at the intersection of Route 440 and Route 185 in Jersey City, according to the Hudson County Prosecutor’s Office.

On June 12 at approximately 8 a.m., Ramon Quinones, 54, turned himself in to detectives with the Hudson County Regional Collision Investigation Unit. Quinones was charged with causing serious bodily injury while driving with a suspended license.

Quinones was involved in a serious motor vehicle crash involving a second car on Route 440 South in Jersey City on June 4, at approximately 6:30 a.m.

At the intersection with Route 185 South, Quinones was involved in a crash in which the other driver, a 34-year-old Bayonne man, sustained serious injuries.

Both drivers were transported to the Jersey City Medical Center, but Quinones was released shortly thereafter having sustained only a minor injury.

Applications may be returned to the recreation drop box at the front entrance of city hall.

The deadline is June 26.

Jobs include camp counselors at the recreation day camps and a pool attendant or lifeguard at the Thomas DiDomenico Municipal Pool at 16th Street Park. Lifeguards must be certified.

Permits can be renewed online or by mail by June 30. The Orange Zone is anchored by the 8th Street Light Rail Station. The Purple Zone covers the southern end of the First Ward near the Bayonne Bridge.

HCCC’s plans for the fall semester

By offering more classes virtually the college will be able to offer fewer courses in person if permitted by the state. This means students can socially-distance for in-person instruction.

Keeping up with the congregation