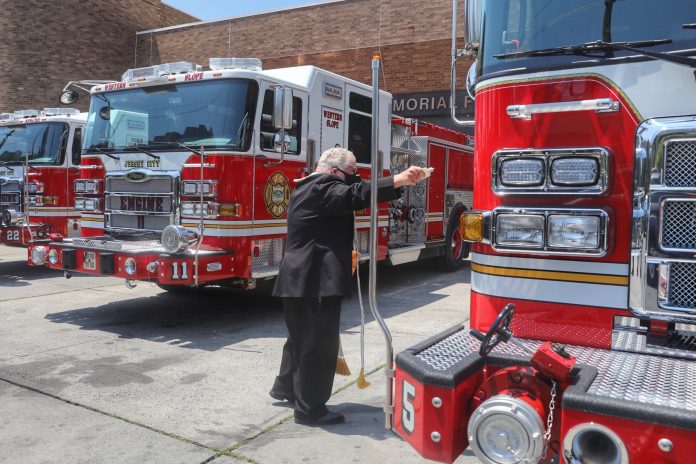 The Jersey City Fire Department blessed three new apparatuses at a ceremony on Monday which will replace Engine 5, Engine 2, and Engine 11, which are all more than a decade old.

The new top-of-the-line rigs are five-men crew, high-volume pumpers with the ability to pump 2,000 gallons of water a minute.

According to the cit,y the high-volume pumpers put less strain on the engines and smaller pumpers which typically have to work in tandem to build up enough pressure to reach higher floors.

“We’re committed to safety [and] having the best fire dept in #NJ,” Tweeted Mayor Steven Fulop adding that the new fire trucks will “service our residents for decades to come.”

According to the city, the new pumpers cost $640,000 each for 10-year leases which the city says is the most economic route because the new rigs will save money and reduce maintenance costs.