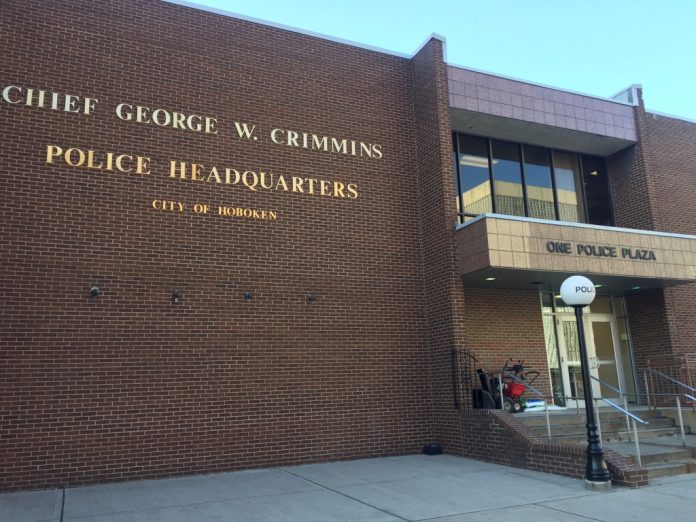 Hoboken Police Officers arrested a  Jersey City man on July 4 in connection with a June 26 stabbing in Hoboken.

According to a press release from the Hoboken Police Department, on June 26, at about 7:44 p.m., Officer Kyle Seper responded to the 500 block of Adams Street on a report of disorderly males being loud and consuming alcohol. While he was responding, he received another alert that a dispute had just occurred.

Officer Seper found a group of “disorderly” men and noticed a man standing alone, away from the group who was bleeding through his white shirt from his lower abdomen and appeared to be holding himself up in the door frame of a building.

Officer Seper called for an ambulance and assisted the victim until medical care was taken over by the Hoboken Volunteer Ambulance and Jersey City ALS.

The wound appeared to be a puncture wound consistent with a stabbing.

Officer Seper and Officer Straten went with the victim to Jersey City Medical Center where he was treated for “non-life-threatening injuries.”

According to the press release, Kerwin Whaley, 34, of Jersey City was identified as the alleged perpetrator.

On July 4,  at about 3:02 p.m., Sergeant David Olivera learned of Kerwin Whaley’s location. He responded with Officer Anthony Olivera and Officer Joseph Lupo to the 800 block of  Jersey Avenue in Jersey City and located Whaley.

Whaley was placed under arrest. At the time of his arrest, he allegedly had a folding knife in his possession.

Whaley was processed and additionally charged with Unlawful Possession of a Weapon and Certain Person not to Have a Weapon.

These two charges were placed on a warrant. WWhaley was also found to have an outstanding warrant from the  Hudson County Sheriff’s Department.

He was transported to the Hudson County Correctional Facility. He is innocent until proven guilty in a court of law.