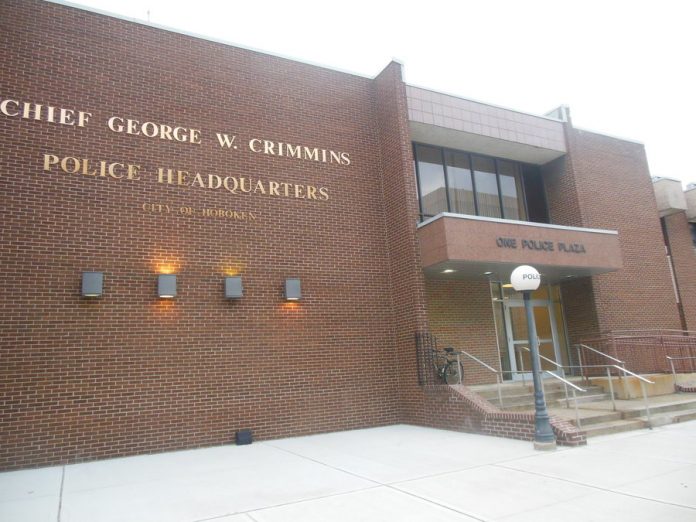 Hoboken police officers arrested two alleged package thiefs on Sunday, one of whom had 10 outstanding warrants.

At about 1:20 p.m., on Sunday, Aug. 02,  Detective Sergeant Josue Velez and Detective Luis Rodriguez were driving eastbound on Nine and Jefferson streets in Hoboken in an unmarked police vehicle.

As they traveled through the intersection, they saw two men standing by a package, which lay in front of a residential doorway.

The detectives kept watch as they approached the next intersection of Ninth and Adams streets. As they reached the intersection, they saw one man pick up the package, and the pair walked away heading west.

Velez notified dispatch of what they saw and gave a description of the two men.

The detectives circled the block to locate the men, and as they searched, Officer Liana Palladino notified dispatch that she may have located the men in the area of the Ninth Street Light Rail station.

Velez and Rodriguez responded, and the two men were stopped and identified as Hoboken resident Benjamin Abreu, 49, and Jersey City resident Gregory Freitas, 29.

Officers learned that the package was allegedly stolen, and they placed Abreu under arrest.

Both Abreu and Freitas were charged with Theft and Conspiracy, and these charges were placed on warrants.

Abreu was found to have 10 warrants for his arrest: six out of Union City,  three out of Hoboken, and one out of Weehawken.

Freitas had one warrant out of Riverside Township.

Abreu and Freitas were transported to the Hudson County Correctional Facility.