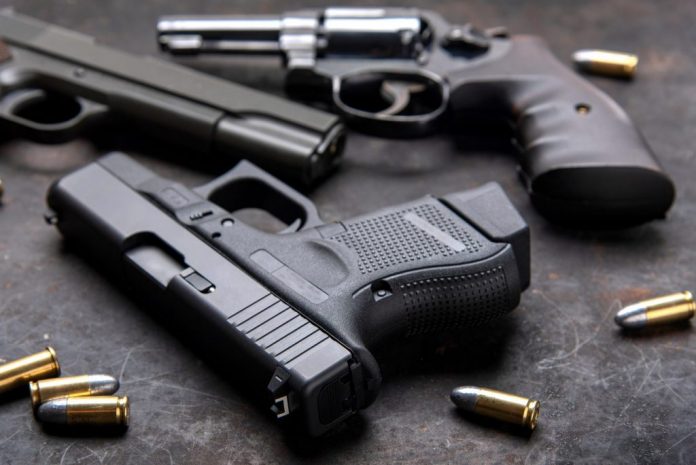 According to U.S. Attorney Craig Carpenito, an alleged high-ranking member of a violent street gang operating in Jersey City, made his initial court appearance Aug. 11 by video conference before U.S. Magistrate Judge Edward S. Kiel and was detained.

According to the complaint signed by Task Force Officer David Scanlon of the Bureau of Alcohol, Tobacco, Firearms, and Explosives, on Aug. 3, members of the Jersey City Police Department were on patrol when they saw a vehicle traveling at a high rate of speed.

Officers activated their lights and sirens to conduct a motor vehicle stop of the vehicle, which had three occupants including Burns who was seated in the front passenger seat.

As officers approached the car, they smelled Phencyclidine, more commonly known as PCP.

As Burns exited the vehicle at the officers’ direction, officers saw that he was wearing a black fanny pack across his shoulder.

As officers began to conduct a pat-down for officer safety, Burns allegedly said “I don’t want no problems, I got it on me.”

As the officers placed the fanny pack on top of the vehicle, they heard a sound consistent with a heavy metal object.

The fanny pack also allegedly contained a clear jar containing Phencyclidine, allegedly packaged in a manner consistent with distribution, among other items.

On or about Sept. 11, 2009, Burns was convicted of Unlawful Possession of a Firearm by a Convicted Felon in federal court for which he was sentenced to a term of thirty-seven months’ imprisonment.

The complaint itself does not mention any gang.

The charge of unlawfully possessing a firearm as a convicted felon carries a maximum potential penalty of 10 years in prison and a $250,000 fine.

The charge of possession with intent to distribute Phencyclidine carries a maximum potential penalty of 20 years in prison and a $1 million fine.

The charge of possessing a firearm in furtherance of a drug trafficking crime carries a mandatory minimum penalty of five years in prison, a maximum of life imprisonment, and a $250,000 fine.

The charges and allegations in the complaint are merely accusations, and Burns is presumed innocent unless and until proven guilty.