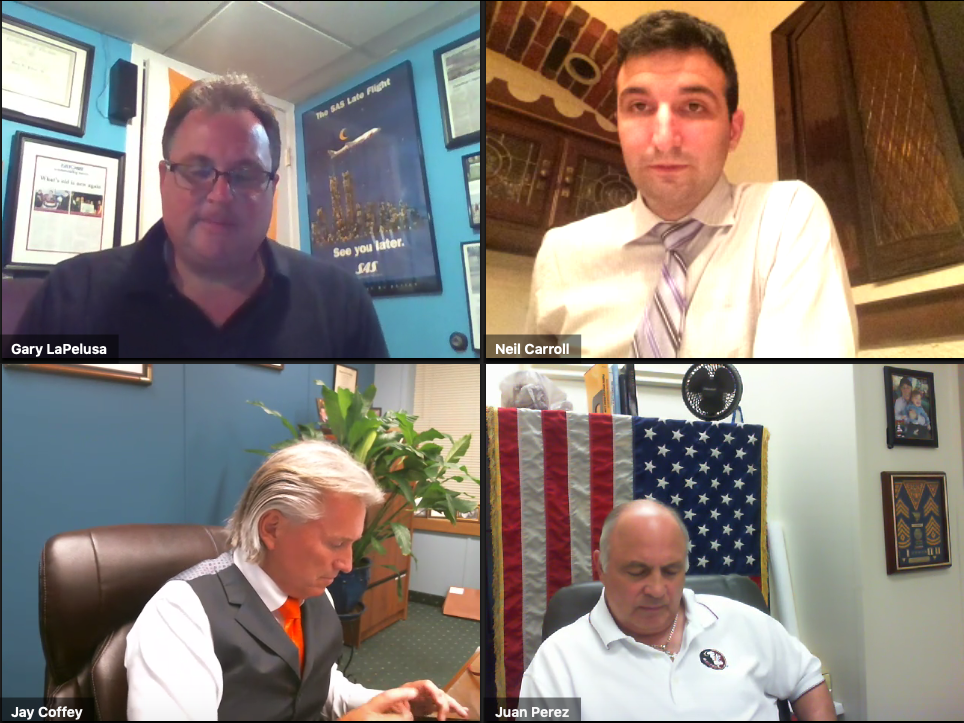 Amid the COVID-19 pandemic, municipal governments have turned to online services to stream their meetings virtually. Cue technical difficulties!

The Bayonne City Council met via TetherView on Aug. 19 at 7 p.m. The link to the meeting posted online did not work until around 8 p.m.

City Council President Sharon Ashe-Nadrowski apologized for the mistake, noting there was a typo in the link. As a result, they started the meeting over.

The council adopted two ordinances granting tax abatements or payments-in-lieu of taxes (PILOTs) to developers. The two developers are each constructing massive residential developments as well as a new street known as Avenue G.

Ave. G will run from East 24th St. to East 22nd St., extending the dead-end roads to connect to it. Mechanic St. will remain a dead end.

East 22nd St. is one way connecting to Route 440. It will now connect with Ave. G. East 23rd St. will be extended to connect to Ave. G and will remain two way. The new intersection will have stop signs on all sides.

While East 24th St. is two way, the extension of the street connecting to Ave. G will be one way.

The first PILOT was awarded to CEI-HB Urban Renewal LLC for the six-story residential development with 354 units and 425 parking spots. The terms of the PILOT last for 25 years with annual minimum payment of $1,050,000, Ashe-Nadrowski said.

The city was mandated by the state to allow the Islamic Center to be built on East 24th Street, Ashe-Nadrowski said, and it was important to residents to not have the street remain a dead end. She said that the project will lessen traffic in the area.

The second PILOT was awarded to Parkview Urban Renewal for a six-story, 197-unit residential complex with 230 parking spaces. The terms of this PILOT are for 25 years, with an annual minimum payment of $570,000, Ashe-Nadrowski said.

This project neighbors the above mentioned redevelopment and is a contaminated site. According to Ashe-Nadrowski, the developer will be responsible for cleaning up the site and contribute to the construction of the pedestrian bridge and Ave. G.

The developer is relocating a cell tower from the site, which will allow the city to gain additional revenue, Ashe-Nadrowski said.

The council voted 3-1 to adopt the ordinances, with Councilman Gary LaPelusa being the only vote against them. Councilman Sal Gullace remains hospitalized after an accident.

One resident asked the council if it considered the fact that people were moving out of cities due to COVID-19 when approving the PILOTs.

Ashe-Nadrowski said they considered it but were encouraged by what was going on in the city. She said that one of the new buildings on Avenue C just reached almost 70 percent occupancy.

Bayonne is still a strong market, according to Ashe-Nadrowski, with leases being signed and buildings getting showings.

“We have concerns as do developers,” Ashe-Nadrowski said, referring to those looking to come to Bayonne. “We are aware and keeping an eye on it.”

Ashe-Nadrowski noted that some residents fleeing bigger cities may find refuge in Bayonne. She noted that the city is “picking up people from Staten Island and Brooklyn” who are fleeing Manhattan due to the pandemic.