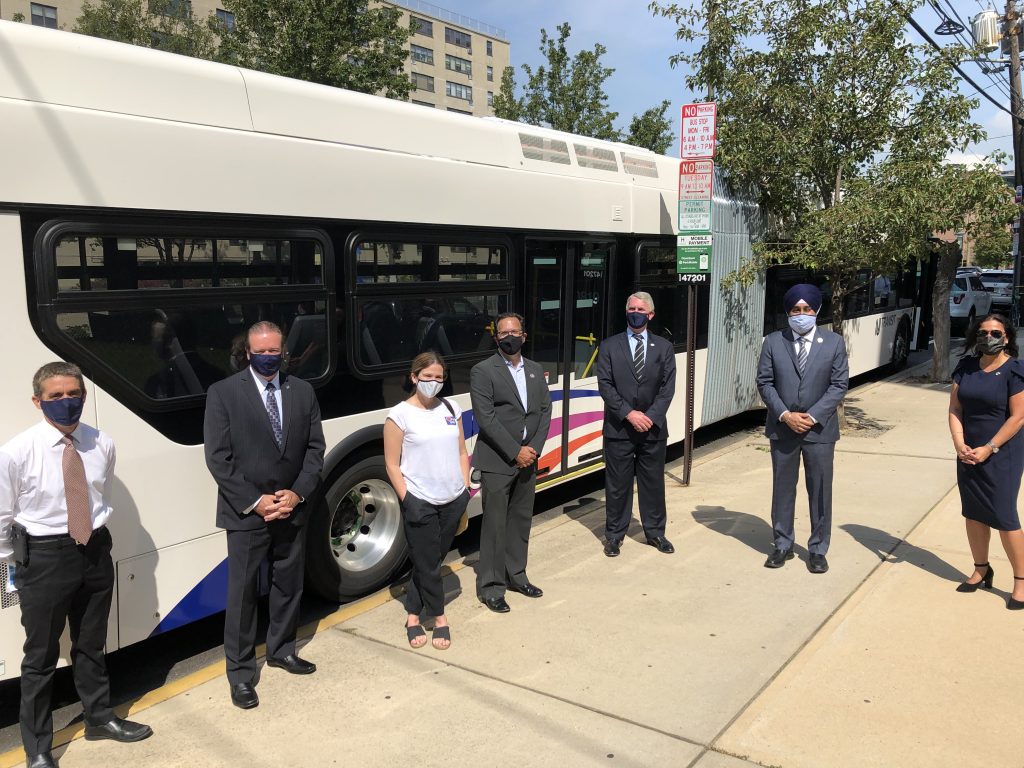 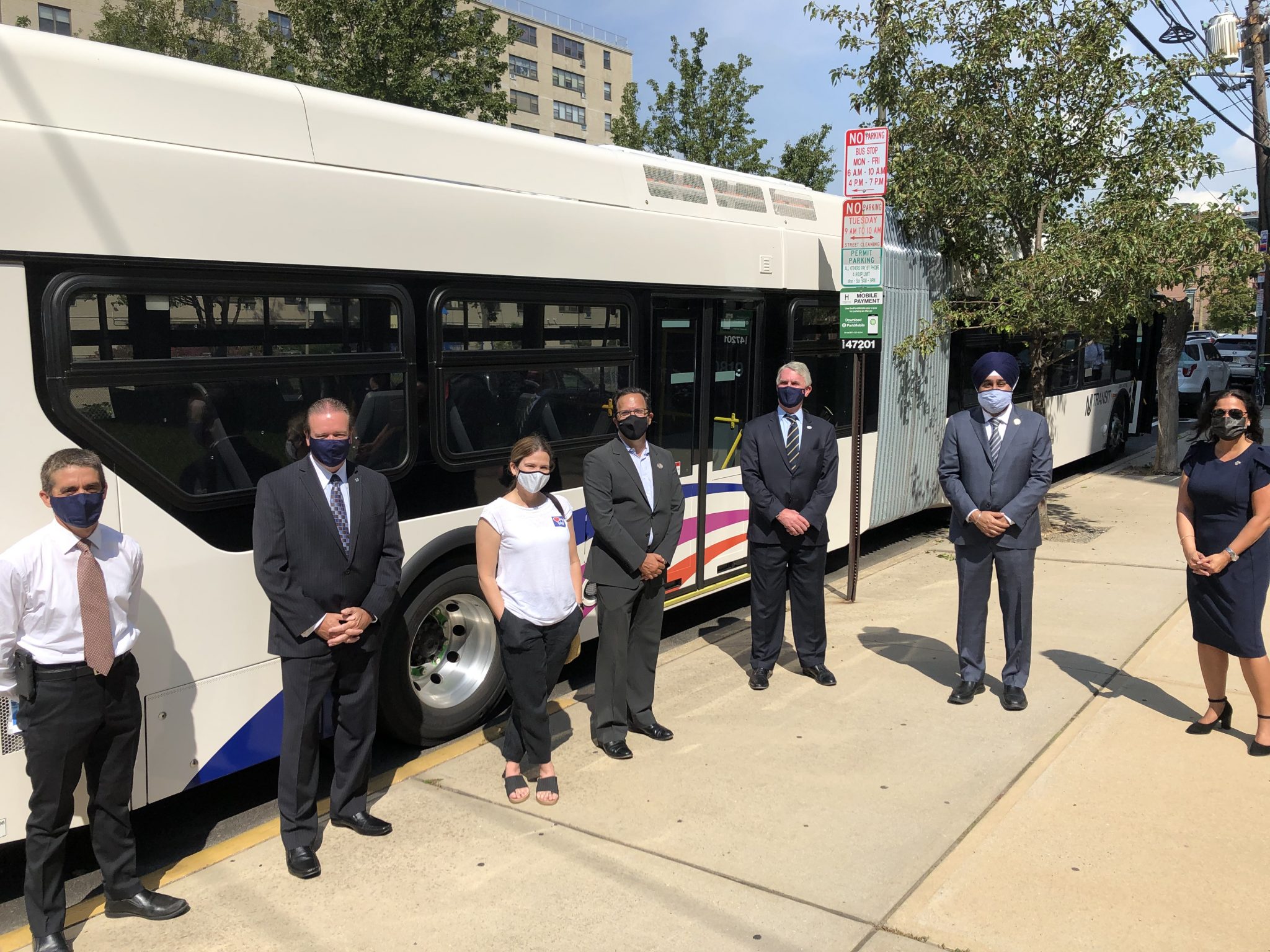 Pre-pandemic, the 126 bus line was frequently used by commuters heading to New York City to begin their workday as residents crammed into buses after waiting in long lines, particularly along Clinton Street.

Now, the No. 126 line in Hoboken, one of the busiest NJ Transit lines in the state, can better serve riders due to additional stops and new buses.

“Today, we celebrate a range of new improvements to NJ Transit’s 126 bus route – an indispensable route for Hoboken residents traveling to New York City and one of the most heavily-used routes in our entire system,” said NJ Transit President and CEO Kevin Corbett.

“These improvements include the introduction of our new articulated buses on this route earlier this year, which adds much-needed capacity and features many new customer amenities.  We were pleased to partner with Mayor Bhalla and the City of Hoboken to further improve the customer experience by making adjustments to bus stops along the route, which are expected to reduce wait times and promote distancing onboard to the greatest extent possible.”

The stop at Sixth and Clinton streets has been moved to Fifth Street.

The new stop is longer than the one on Sixth Street which will allow more room for articulated buses and a larger bus shelter because the sidewalk is wider in the area.

The new bus stop will prevent buses from blocking the intersection, pedestrian crosswalk, and a private driveway, according to the agency.

Another bus stop will be added on Clinton Street Between Seventh and Eighth streets. The new stop means there will now be a bus stop every other block from Observer Highway to 11th Street making it easier for residents to access.

According to NJ Transit, the new site was chosen to minimize the impact on curbside parking.

NJ Transit formalized the “courtesy stop” on Willow Avenue and Second Street that was previously unsigned and unscheduled.

The city has updated parking restrictions prohibiting parking during the 4 to 7 p.m. rush hour at bus stops. Buses have often been unable to pull to the curb due to parked vehicles causing traffic congestion and unsafe conditions. New “No Parking” signs have been updated as part of the change.

New articulated buses, which will increase onboard capacity by 65 percent compared to an average commuter bus, will serve the route.

During the COVID-19 pandemic, these larger buses allow for better distancing.

The articulated buses include low floors to speed up the boarding and alighting process, wheelchair ramps, an improved intercom system, USB charging ports, and cameras to improve customer safety.

NJ TRANSIT worked in coordination with personnel from Hoboken’s Department of Transportation and Parking as well as the Office of the City Engineer on the improvements.

“Hoboken is committed to working with our partners in government to improve our mass transit infrastructure, and we are thrilled to modernize our bus stops in partnership with NJ Transit,” said Bhalla. “Along with the new, articulated buses, Hoboken residents will have improved access and shorter wait times during rush hour and have more reliable transit into New York City. Thank you to President & CEO Corbett and his entire staff for their tireless efforts on behalf of our community.” 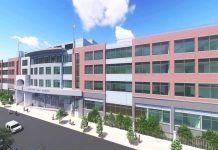 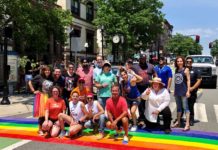