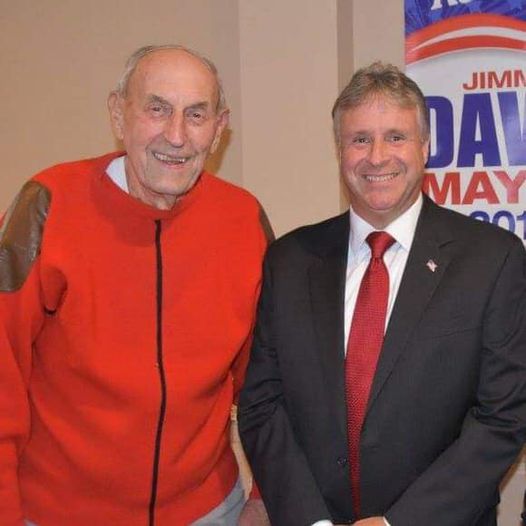 “I was very sorry to learn of the passing of former Hudson County Register Ken Chmielewski, who also served as Vice President of the Bayonne Board of Education,” Davis said.

“I had become very friendly with Mr. Chmelweski over the last few years and thoroughly enjoyed our time together. I am a better man because of him, and I will miss him terribly.”

During the Korean Conflict, Chmielewski held the rank of Sergeant in the 45th Infantry. For his service, he was awarded three Bronze Stars, the United States Service Medal, and the National Defense Service Medal.

After the war, he earned his Master’s degree from Seton Hall University.

Chmielewski was elected to the Bayonne Board of Education and served as Vice President. During his tenure, he played a vital part in having the Pulaski wing of Bayonne High School rededicated.

Chmielewski worked for Western Electric before transferring to Nassau Smelting in Staten Island. He retired as an executive with Lucent Technologies.

“He was a good friend and an outstanding member of the Bayonne community,” Davis said. “Ken was a lively presence at numerous civic events and represented Bayonne with distinction in county government.”

Chmielewski is survived by his wife Lorraine and his two children, Deborah and Gary.

“On behalf of the City of Bayonne, I would like to offer our condolences to the Chmielewski family and to Ken’s friends and former colleagues in county government.”