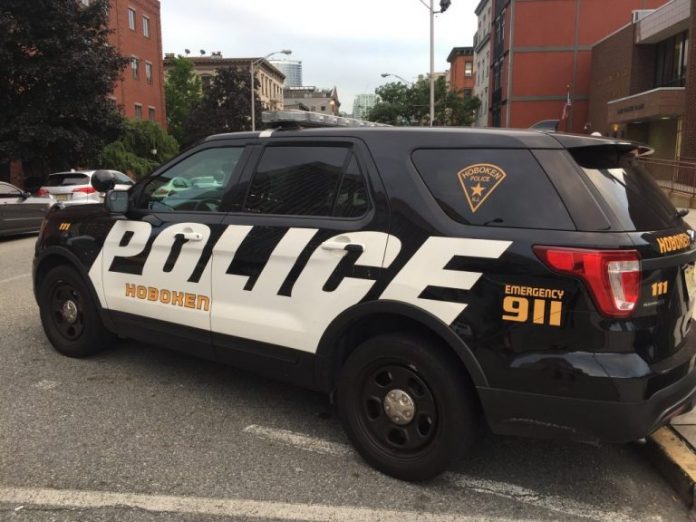 Hoboken police officers arrested a Jersey City man last weekend after he allegedly ran his bike into an officer while fleeing police investigating a theft, according to a press release from the HPD.

On Sept. 19 at about 7:25 a.m. a man walked into Hoboken Police Headquarters to report that he found a man he believed had stolen his property the day before.

The victim provided a description of the alleged thief and indicated that he was riding a bicycle in the area of Pier A Park.

Officer Brandon Fitzgibbons, Officer Marvin Dejesus, and Officer Joseph Spano were dispatched to the area. Officers Dejesus and Spano found a man matching the victim’s description on Pier A.

Instead, he stopped, turned his bicycle around, and allegedly started to ride away.

Officer Spano alerted Officer Fitzgibbons that the suspect was heading in his direction.

Officer Fitzgibbons approached Sanchez on foot and stood in the path of the bike while giving him audible and visual commands to stop.

Sanchez then stood up and allegedly started to run away, but Officer Spano and Officer Dejesus chased him, caught him,  and placed him under arrest.

The officers searched Sanchez and found marijuana and drug paraphernalia allegedly in his possession.

Sanchez was charged on a warrant with Aggravated Assault on a Police Officer, Resisting Arrest, Possession of a Weapon for Unlawful Purpose, Obstruction, Possession of CDS Marijuana, and Possession of Drug Paraphernalia.

Sanchez was transported to the Hudson County Correctional Center. He is considered innocent until proven guilty in a court of law.