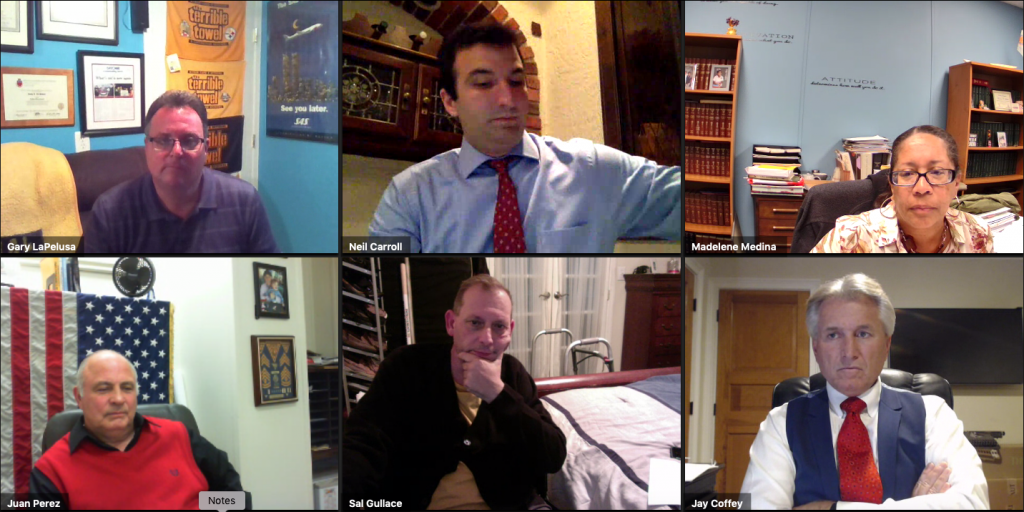 The Bayonne City Council held a caucus meeting via TetherView on Oct. 14.
× 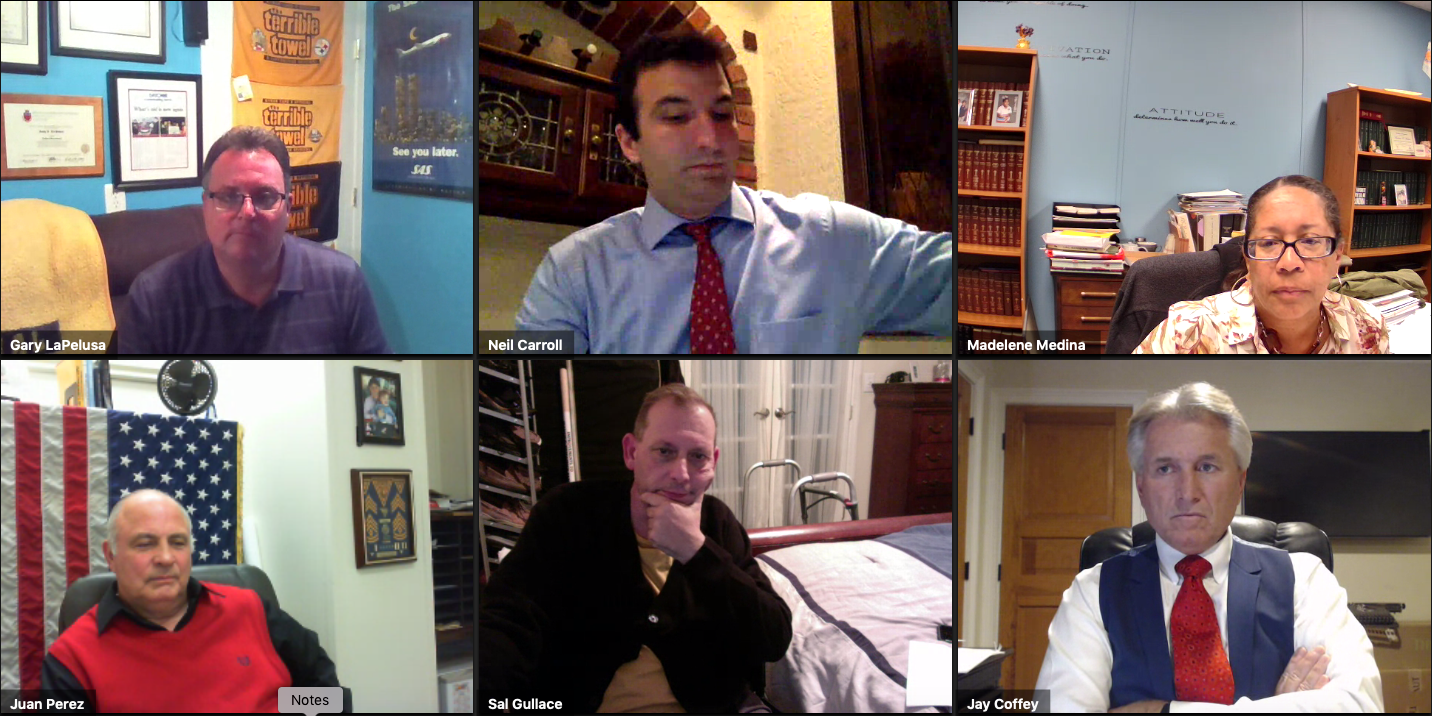 The Bayonne City Council held a caucus meeting via TetherView on Oct. 14.

Bayonne’s 2nd Ward Councilman Sal Gullace has returned to the City Council after recovering from a serious leg injury.

Gullace was injured in a waste removal truck accident in July. He returned for the Oct. 14 caucus meeting, an informal meeting held weekly prior to the regular meeting.

Law Director Jay Coffey welcomed Gullace with a warm, “Welcome back, Sal!” This prompted the rest of the council to do the same.

Gullace smiled and thanked Coffey and the council members.

On Friday, July 24, Gullace was injured in an accident with a waste removal truck while working for the Hudson County Improvement Authority (HCIA).

While an HCIA spokesperson did not confirm it was Gullace, multiple residents including Mayor James Davis confirmed the situation by offering thoughts and prayers to his family and wishing him a speedy recovery.

Gullace was hospitalized at University Hospital in Newark and underwent multiple surgeries throughout the summer.

In August, John Milan Sebik, a friend of Gullace, set up a GoFundMe fundraiser to support the councilman. At the time, he was still in the hospital, in preparation for another surgery on Aug. 31.

To donate to the fundraiser, go to https://www.gofundme.com/f/sal-gullace-relief-fund

On the fundraiser page, Sebik wrote that the surgery was a success and Gullace was discharged a few days later on Sept. 4. Gullace was hospitalized for 42 days.

A long road to recovery

After being discharged, he was moved to a rehabilitation facility, where he would endure weeks of rehab before his return home.

On Sept. 11, Gullace was able to go outside for the first time since the accident. Sebik said he was progressing well, but there was still no estimated time when he would go home.

On Sept. 21, Sebik said that Gullace continued to progress and was expected home within three weeks.

On Oct. 2, Sebik drove with Gullace’s wife Donna to pick up Sal and bring him home. Sebik organized a “Welcome Back” driveby in front of Gullace’s house on West 29th Street.

Gullace is now home and back to work at the city council.